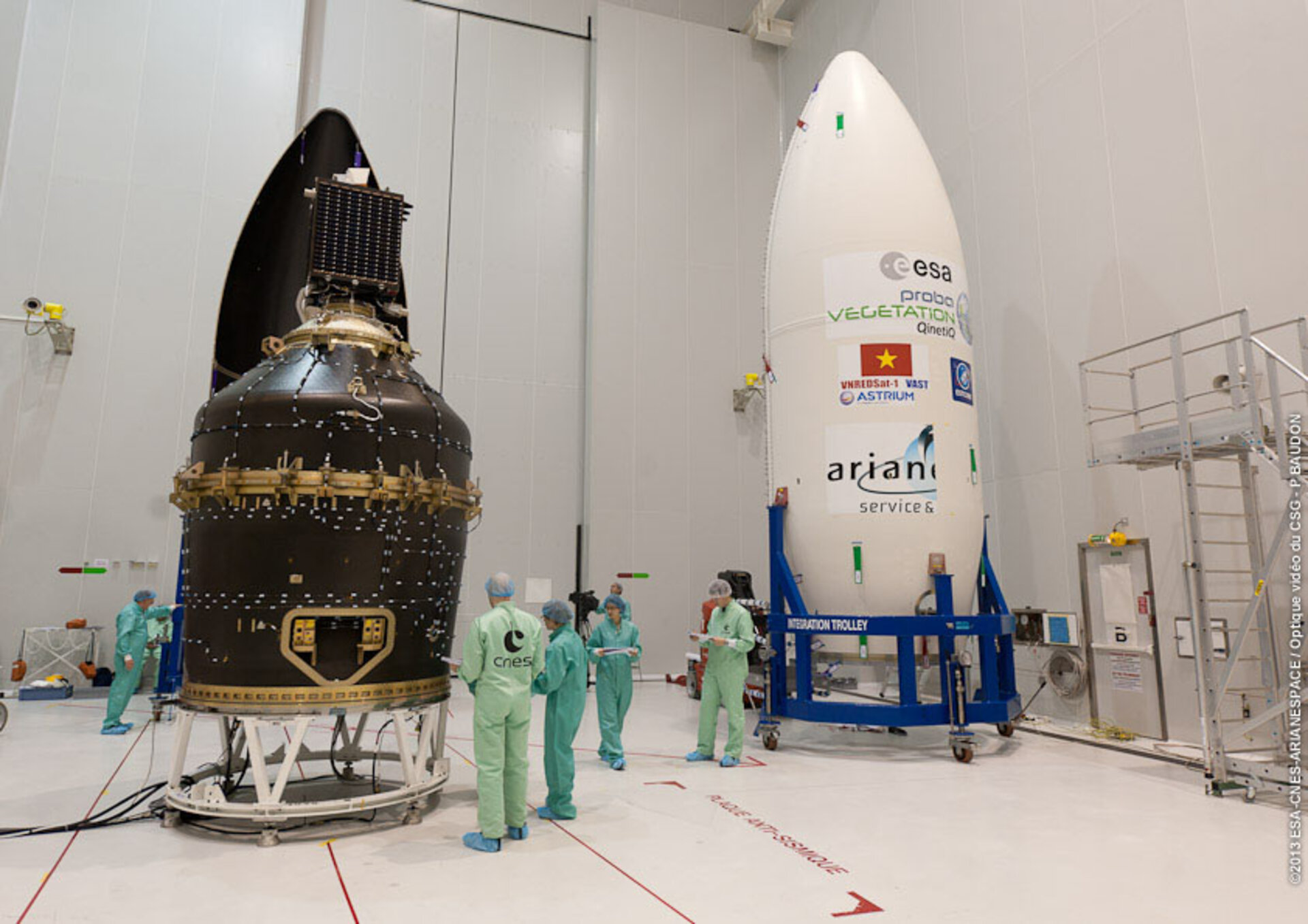 Proba-V fixed to the Vespa (Vega secondary payload adapter), above Vietnam’s VNREDSat-1 Earth observation satellite and the ESTCube-1 Estonian student nanosatellite. On 17 April 2013 the stack of satellites was covered with the Vega protective fairing.

Proba-V will be the first of the three satellites to be deployed from the Vega’s AVUM.

Less than a cubic metre in volume, Proba-V is a miniaturised ESA satellite tasked with a full-scale mission: to map land cover and vegetation growth across the entire planet every two days.

A new, advanced version of the ‘Vegetation’ camera will fly on Proba-V. This is the latest in a series already in service on France’s full-sized Spot-4 and Spot-5 satellites, which have been observing Earth since 1998.

The minisatellite will provide data to the instrument’s worldwide user community of scientists and service providers as soon as it is commissioned in orbit.

This second Vega flight marks the start of the Vega Research and Technology Accompaniment programme, or VERTA, to demonstrate the flexibility and versatility of the vehicle. At a planned minimum of two launches per year, the programme will allow the smooth transition of Vega into commercial exploitation.