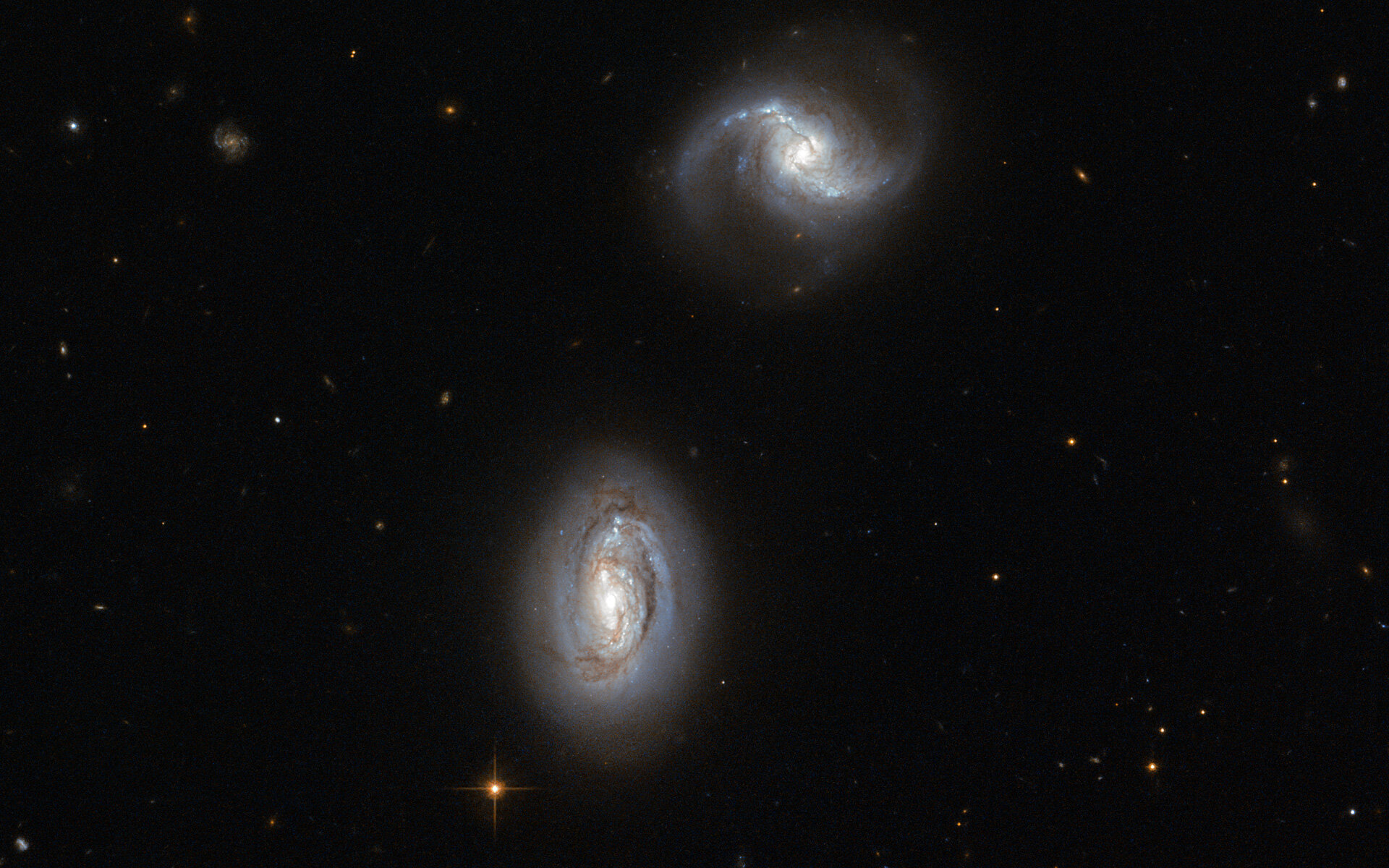 Looking towards the constellation of Triangulum (The Triangle), in the northern sky, lies the galaxy pair MRK 1034. The two very similar galaxies, named PGC 9074 and PGC 9071, are close enough to one another to be bound together by gravity, although no gravitational disturbance can yet be seen in the image. These objects are probably only just beginning to interact gravitationally.

Both are spiral galaxies, and are presented to our eyes face-on, so we are able to appreciate their distinctive shapes. On the left of the image, spiral galaxy PGC 9074 shows a bright bulge and two spiral arms tightly wound around the nucleus, features which have led scientists to classify it as a type Sa galaxy. Close by, PGC 9071 — a type Sb galaxy — although very similar and almost the same size as its neighbour, has a fainter bulge and a slightly different structure to its arms: their coils are further apart.

The spiral arms of both objects clearly show dark patches of dust obscuring the light of the stars lying behind, mixed with bright blue clusters of hot, recently-formed stars. Older, cooler stars can be found in the glowing, compact yellowish bulge towards the centre of the galaxy. The whole structure of each galaxy is surrounded by a much fainter round halo of old stars, some residing in globular clusters.

Gradually, these two neighbours will attract each other, the process of star formation will be increased and tidal forces will throw out long tails of stars and gas. Eventually, after maybe hundreds of millions of years, the structures of the interacting galaxies will merge together into a new, larger galaxy.

The images combined to create this picture were captured by Hubble's Advanced Camera for Surveys (ACS). A version of this image was submitted to the Hubble’s Hidden Treasures image processing competition by Judy Schmidt.