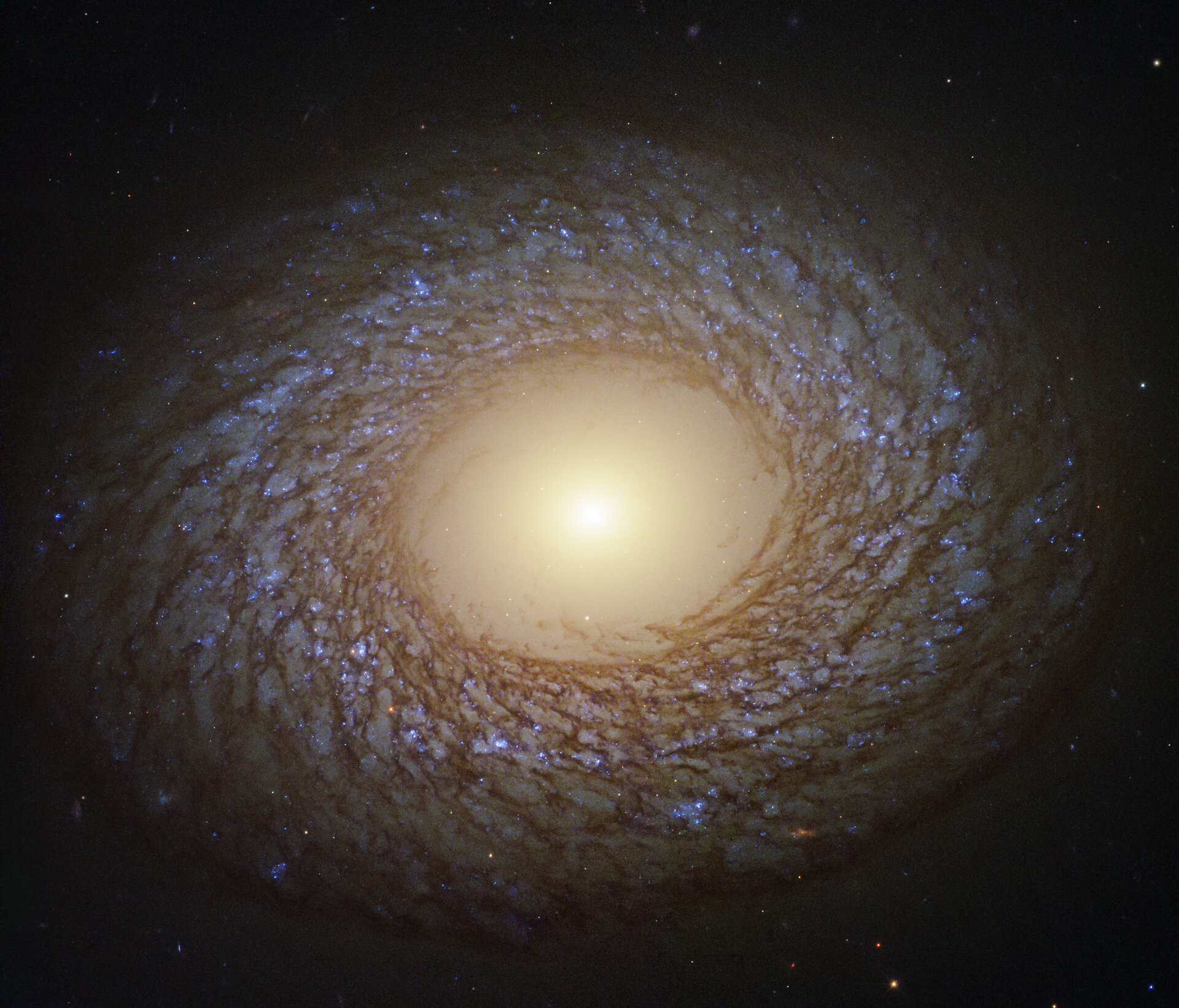 Birds of a feather

The spiral pattern shown by the galaxy in this image from the NASA/ESA Hubble Space Telescope is striking because of its delicate, feathery nature. These "flocculent" spiral arms indicate that the recent history of star formation of the galaxy, known as NGC 2775, has been relatively quiet. There is virtually no star formation in the central part of the galaxy, which is dominated by an unusually large and relatively empty galactic bulge, where all the gas was converted into stars long ago.

NGC 2275 is classified as a flocculent spiral galaxy, located 67 million light-years away in the constellation of Cancer.

Millions of bright, young, blue stars shine in the complex, feather-like spiral arms, interlaced with dark lanes of dust. Complexes of these hot, blue stars are thought to trigger star formation in nearby gas clouds. The overall feather-like spiral patterns of the arms are then formed by shearing of the gas clouds as the galaxy rotates. The spiral nature of flocculents stands in contrast to the grand design spirals, which have prominent, well defined-spiral arms.