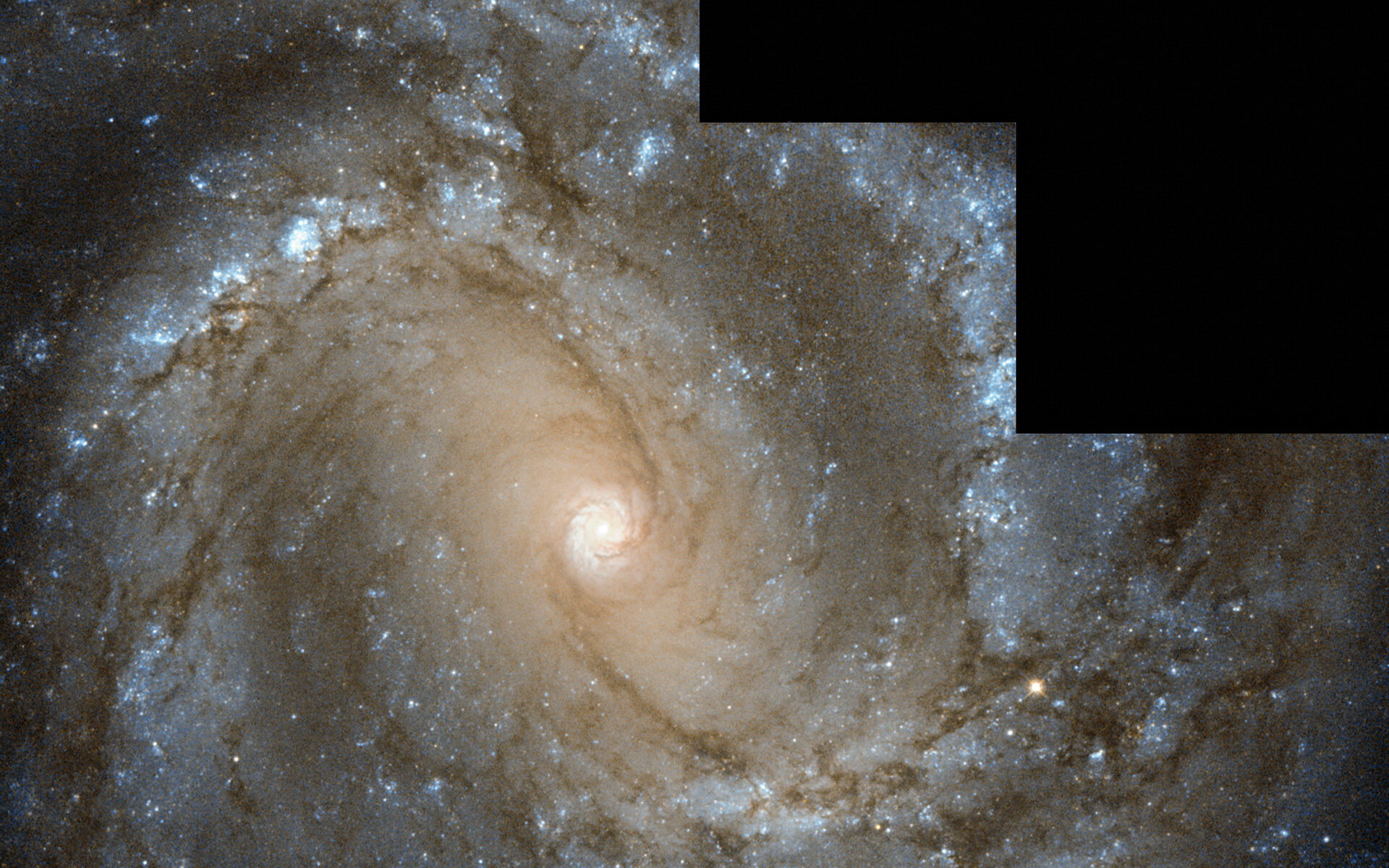 Messier 61 looks straight into the camera

The NASA/ESA Hubble Space Telescope has captured this image of nearby spiral galaxy Messier 61, also known as NGC 4303. The galaxy, located only 55 million light-years away from Earth, is roughly the size of the Milky Way, with a diameter of around 100 000 light-years. The galaxy is notable for one particular reason — six supernovae have been observed within Messier 61, a total that places it in the top handful of galaxies alongside Messier 83, also with six, and NGC 6946, with a grand total of nine observed supernovae.

In this Hubble image the galaxy is seen face-on as if posing for a photograph, allowing us to study its structure closely. The spiral arms can be seen in stunning detail, swirling inwards to the very centre of the galaxy, where they form a smaller, intensely bright spiral. In the outer regions, these vast arms are sprinkled with bright blue regions where new stars are being formed from hot, dense clouds of gas.

Messier 61 is part of the Virgo Galaxy Cluster, a massive group of galaxies in the constellation of Virgo (the Virgin). Galaxy clusters, or groups of galaxies, are among the biggest structures in the Universe to be held together by gravity alone. The Virgo Cluster contains more than 1300 galaxies and forms the central region of the Local Supercluster, an even bigger gathering of galaxies.