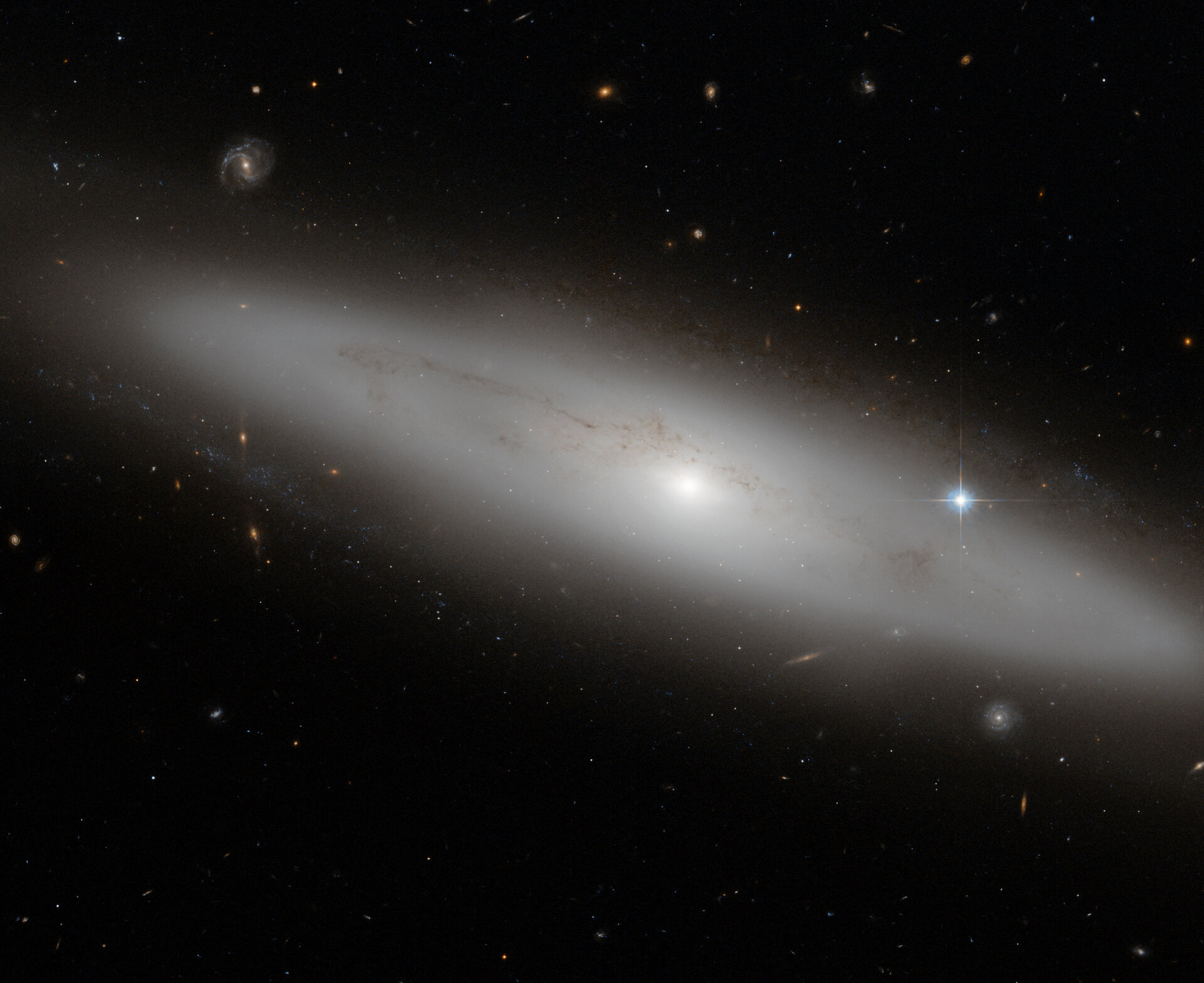 A stranger in the crowd

The constellation of Virgo (The Virgin) is the largest of the Zodiac constellations, and the second largest overall after Hydra (The Water Snake). Its most appealing feature, however, is the sheer number of galaxies that lie within it. In this picture, among a crowd of face- and edge-on spiral, elliptical, and irregular galaxies, lies NGC 4866, a lenticular galaxy situated about 80 million light-years from Earth. This sharp image of NGC 4866 was captured by the Advanced Camera for Surveys, an instrument on the NASA/ESA Hubble Space Telescope