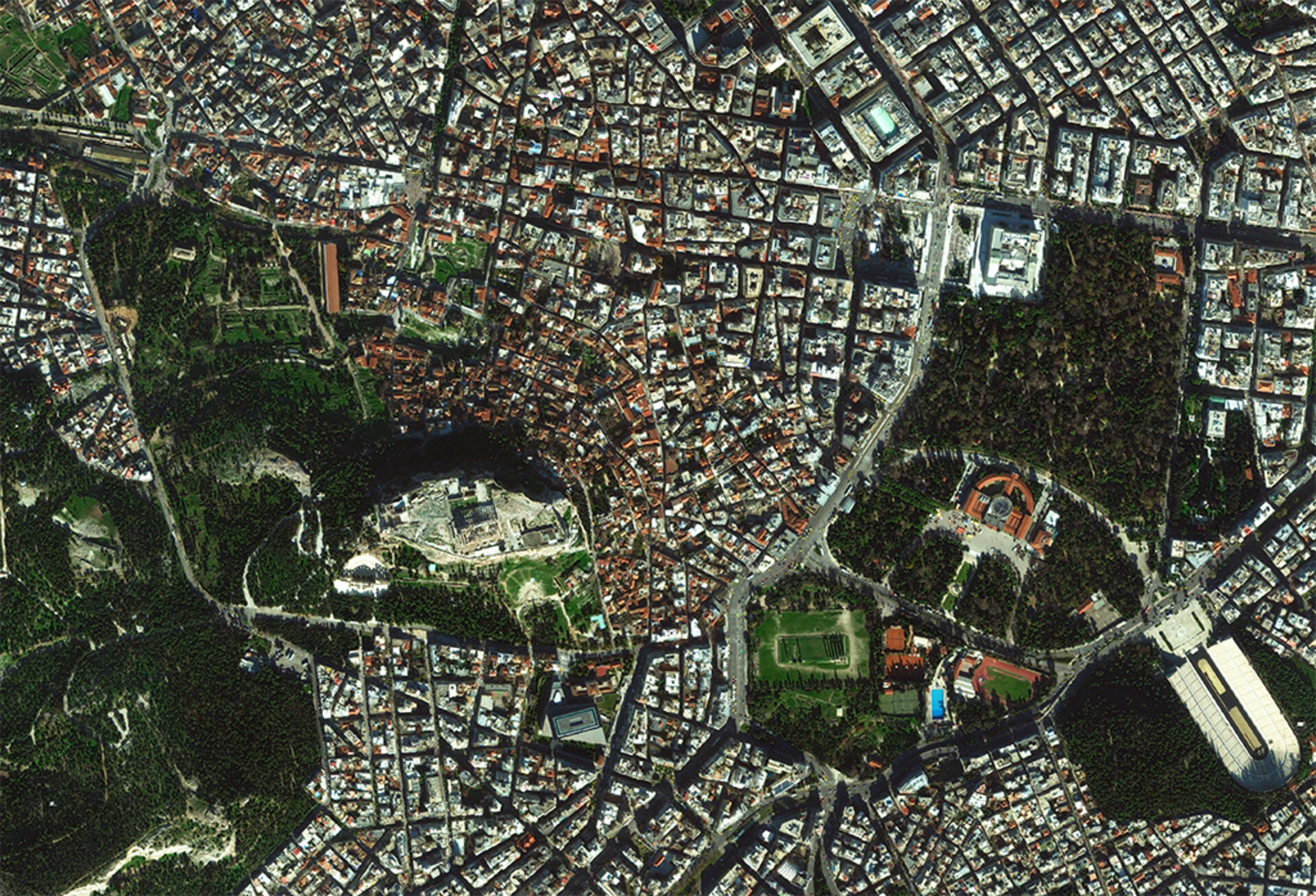 This image was taken over central Athens, the capital and largest city of Greece.

Known as the birthplace of democracy, it is one of the oldest cities in the world. During the classical period of Ancient Greece, this was the centre for arts, philosophy and learning, home to many politicians, writers and philosophers.

Near the centre of the image is the famous Acropolis of Athens – standing high about the surrounding city as evident by the shadow to the north. Several ancient structures, including the Parthenon, illustrate the civilisations of Greece over more than a millennium.

Nearby to the southeast is the Temple of Zeus, with shadows from the remaining standing columns stretching across the grass. Further northeast are the National Gardens surrounding the Zappeion building. At the upper left corner of the gardens is the Greek parliament building overlooking Syntagma Square.

In the lower-right corner we can see the large, white marble Panathenaic Stadium. Originally built for the athletics part of the Panathenaic Games – in honour of the goddess Athena – it has been rebuilt, enlarged, excavated and refurbished over the centuries. In 1896 it hosted the first modern Olympic Games, which saw over 240 athletes from 14 nations.

This image, also featured on the Earth from Space video programme, was acquired on 4 January 2013 by DigitalGlobe’s WorldView-2 commercial satellite.