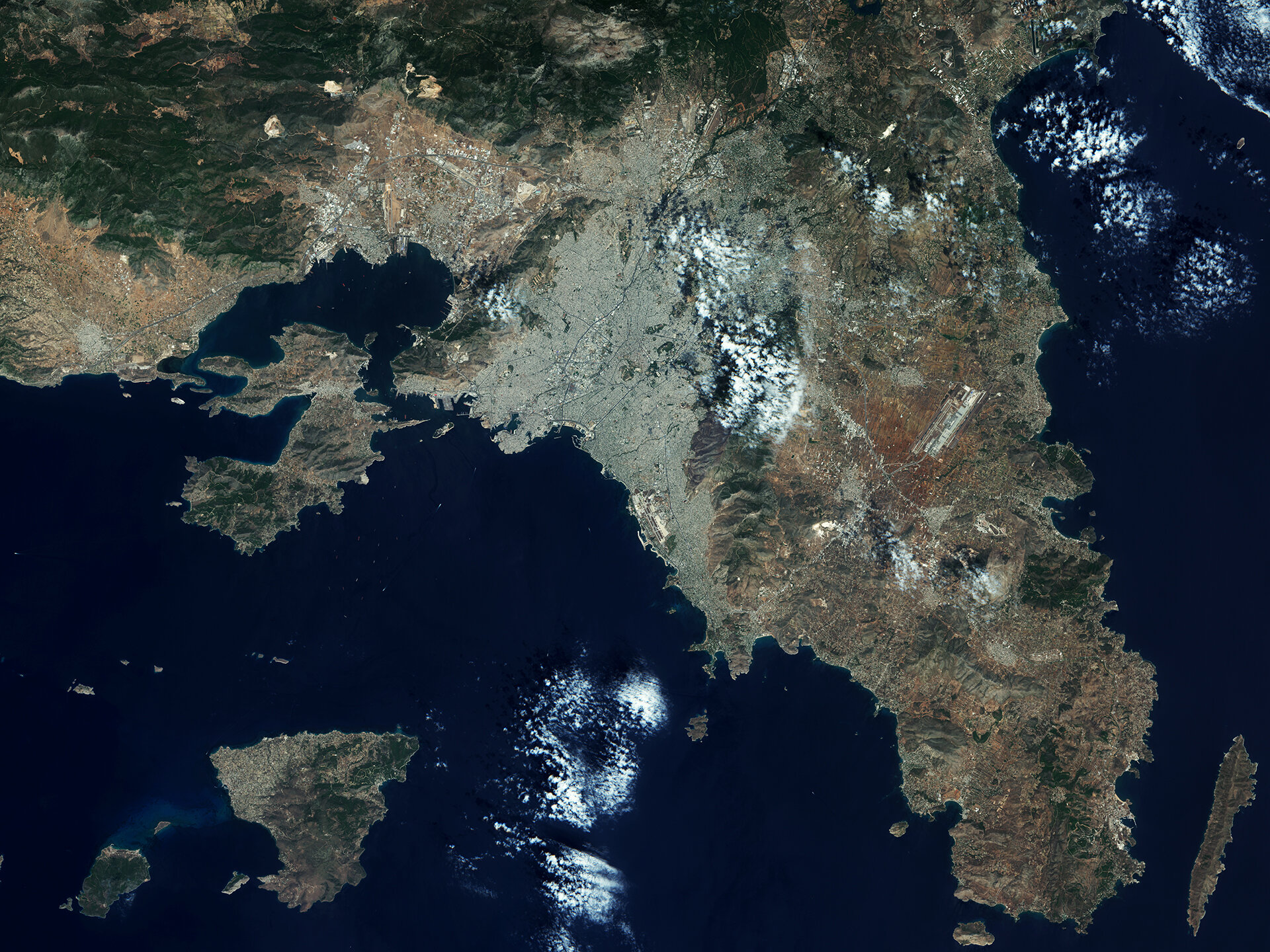 This high-resolution optical image from Sentinel-2A on 5 August 2015 shows Athens and surroundings. The various colours clearly point out different aspects of the image.

The Greek capital dominates the Attica region and is one of the world’s oldest cities, with its recorded history stretching over 3400 years.  It hosts two UNESCO World Heritage Sites, the Acropolis of Athens and the medieval Daphni Monastery.

Home to some 3.5 million people, the city appears greyish, backed by greenish mountains on its eastern edge. Athens International Airport can be seen further east, surrounded by agricultural fields, which are depicted in shades of red. The old airport is also visible along the coast towards the south of the city, now apparently no longer in use.

The ancient Port of Piraeus, southwest of the city centre, is one of the largest seaports in the Mediterranean Sea. It is the largest passenger port in Europe and the third largest in the world. Servicing about 20 million passengers annually, it routes them to Greece’s many islands in the Aegean sea.

The image captures various vessels in the area, waiting to enter or exit the port, visible thanks to the 10 m-resolution on Sentinel-2A’s camera.

In the lower far-right corner of the image we can see the island of Makronisos. It has an elongated shape, 13 km north to south, around 500 m east to west, and its terrain is arid and rocky.

Today, it is uninhabited, but it was used as a prison from the time of the Greek Civil War up until the restoration of democracy in 1974. Because of its history, it is considered as a monument of the civil war era, with the island and the original structures protected from alteration.

Sentinel-2 is a two-satellite optical mission for Europe’s Copernicus programme. The first satellite, Sentinel- 2A, was launched on 23 June 2015. It provides detailed information about Earth’s land cover and inland water bodies, helping us to understand Earth’s diverse landscape.