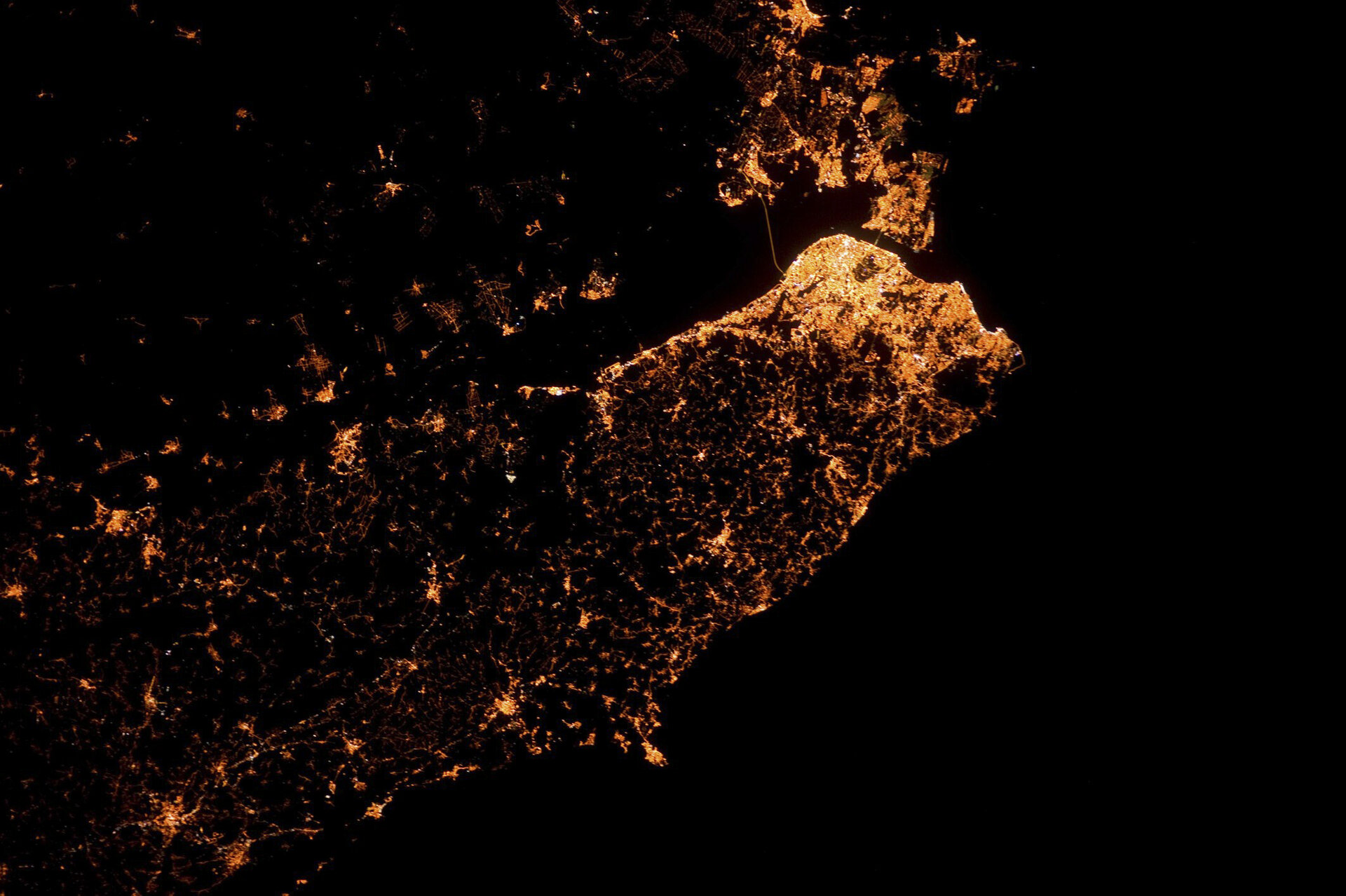 Here, the capital city of Portugal, Lisbon, is shown with south at the top of the image. The brightest area is the city centre. The two bridges connecting the capital to the south – Ponte Vasco da Gama and Ponte 25 de Abril – show up as two straight lines crossing the black Rio Tejo. The peninsular city of Peniche shows up as a blob of light protruding into the Atlantic Ocean at the bottom of the picture.

This image was taken in 2012 using ESA’s Nightpod camera aid that compensates for the motion of the International Space Station. The target stays firmly centred in frame so the final image is in focus. Astronauts can set up the device to take ultra-sharp images automatically using off-the-shelf cameras from 400 km up.