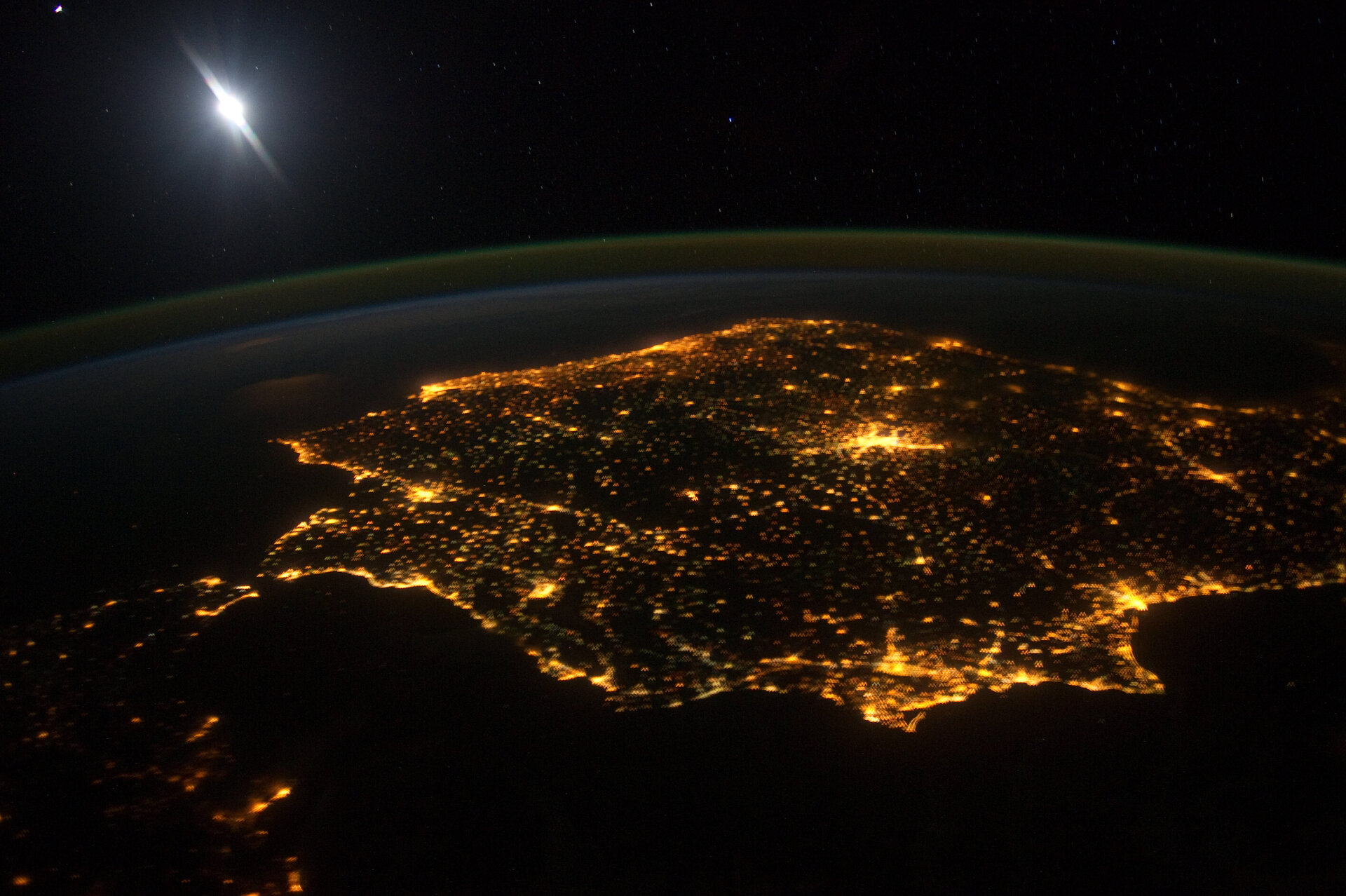 This image from the International Space Station shows the Iberian Peninsula including Spain and Portugal at night.

The lights from human settlements reveal where the major towns and activity are. The large mass of light in the middle is Madrid, Spain’s capital city. The Iberian coastline is heavily populated with Cartagena, Murcia, Alacant and Valencia along the Mediterranean Sea prominent at the bottom right of this photo.

Portugal to the west shows similar lighting with the coast from Lisboa to Porto a haze of light.

This astronaut-image taken from 400 km above Earth shows how close the Iberian Peninsula is to Morocco. A thin line of blackness – the Strait of Gibraltar – separates the two.

Another thin line stands out in this picture – Earth’s atmosphere, the green shroud that surrounds and protects our world and the people and animals that live on it.