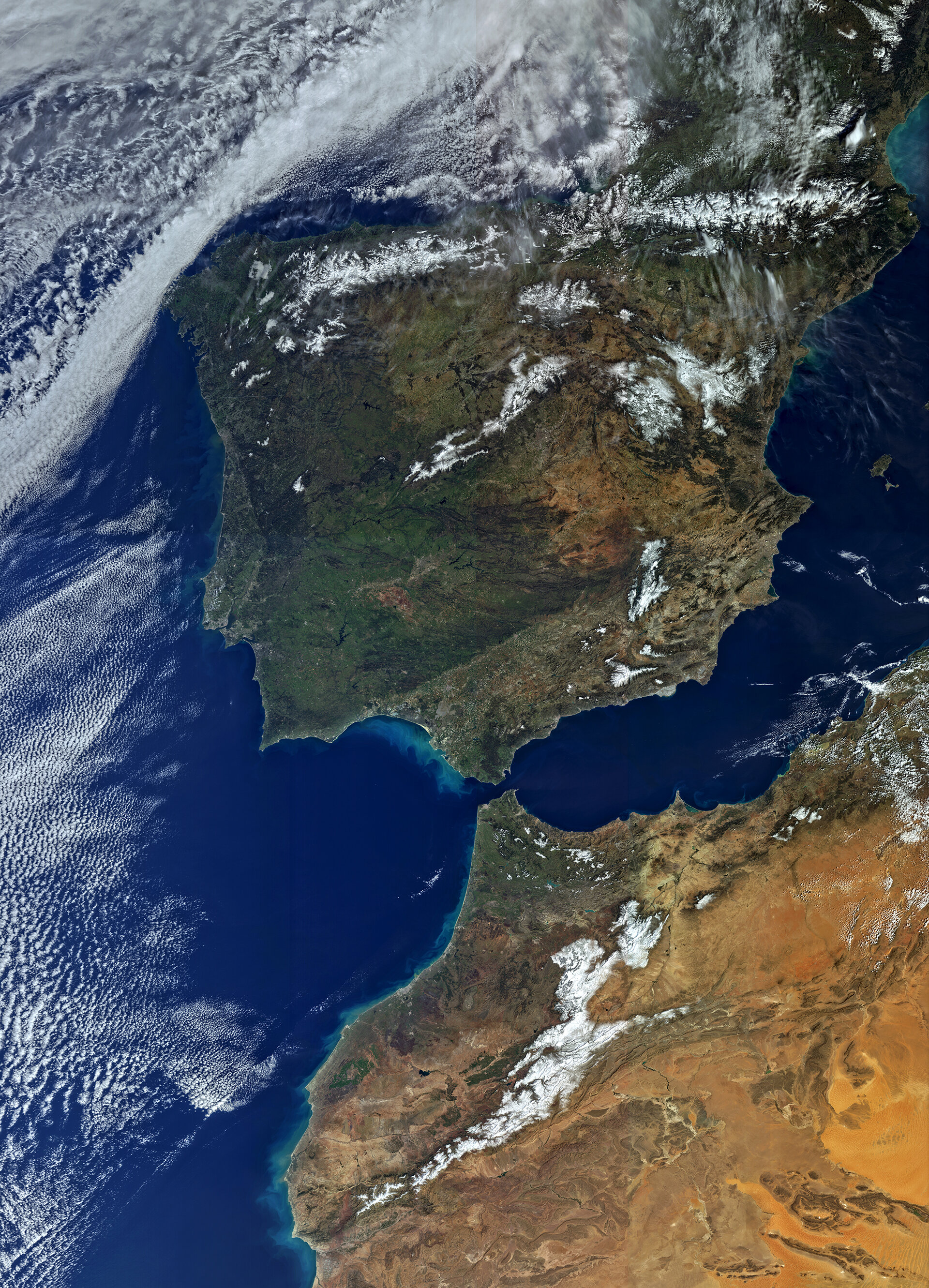 Featuring Spain, Portugal and North Africa, this is one of the first images from the Sentinel-3A satellite. The image was taken by the satellite’s Ocean and Land Colour Instrument on 1 March 2016 and clearly shows the Strait of Gibraltar between the Atlantic and Mediterranean. Swirls of sediment and algae in the seawater can be seen along the southwest coast of Spain and along the coast of Morocco. The instrument picks out Morocco’s dry desert and snow-covered peaks of the Atlas Mountains and greener vegetated northern areas of Spain.