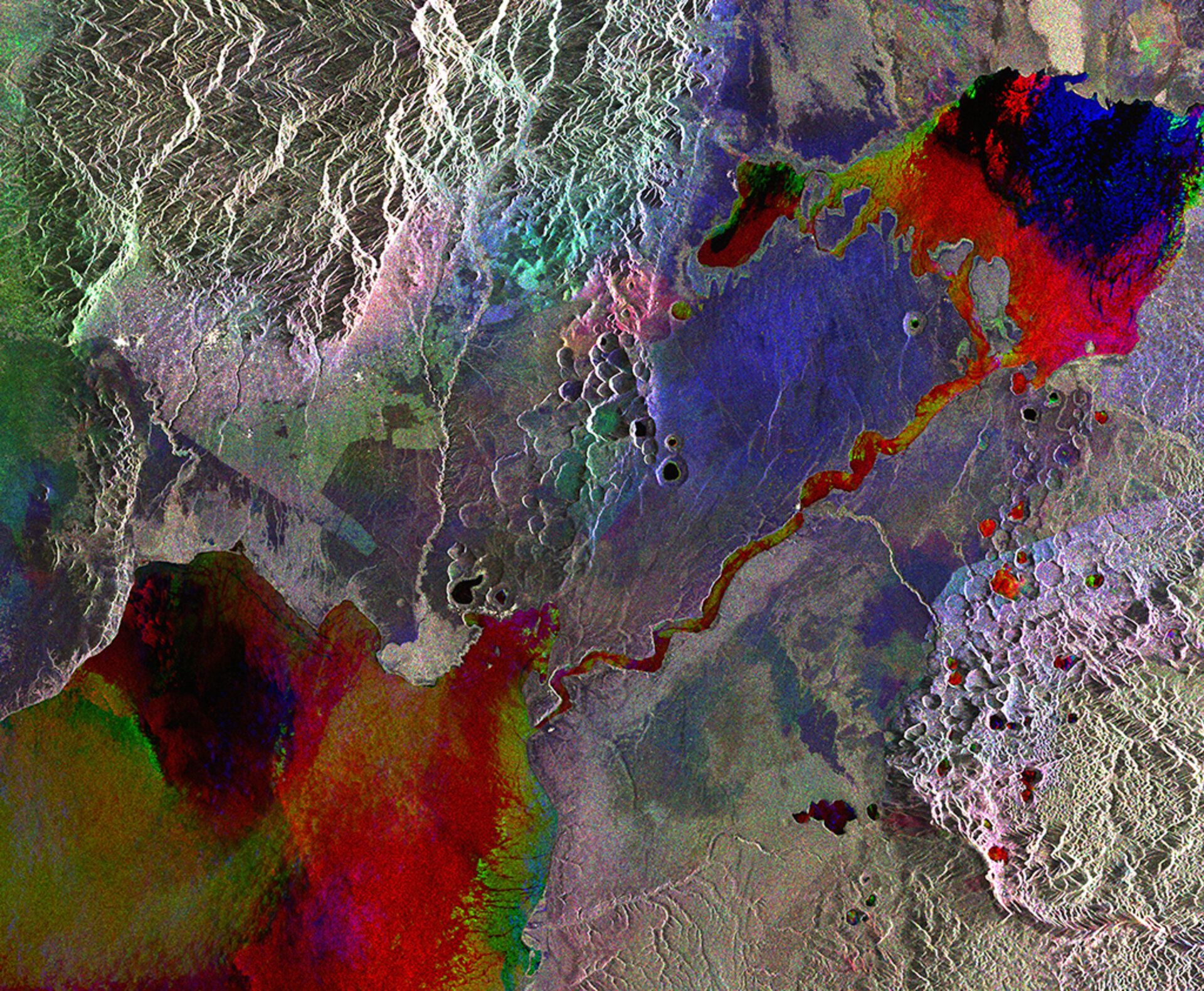 Lakes and mountains of western Uganda

Lakes and mountains of western Uganda are captured in this Envisat radar image.

The area pictured is part of the Albertine Rift, a branch of the East African Rift where the Somali Plate is splitting away from the rest of the continent.

In the upper right corner is Lake George. With the equator running right through the middle, this body of water is recognised as a Wetland of International Importance by the Ramsar Convention, an intergovernmental treaty for the sustainable use of wetlands.

Its waters flow into the Kazinga Channel – known for its high concentration of hippopotami and Nile crocodiles – and then empty into Lake Edward at lower left.

The colours in the two lakes and connecting channel indicate changes in water level between acquisitions. On either side of the channel, large craters and crater-lakes dot the volcanic fields.

At the top of the image, we can see the foothills of the Rwenzori Mountains on the border between Uganda and the Democratic Republic of the Congo (west).

Its highest peak topping 5100 m, the mountain chain is home to numerous glaciers, waterfalls and lakes. However, climate change has negatively affected the glaciers, and subsequently the mountains’ vegetation and biodiversity.

To the south of the mountains, the bright pink, purple and green areas show where changes in the land’s surface occurred between the three radar scans that make up this composite image. These changes are primarily in vegetation as the land here is blanketed with agricultural plots. There is even a clear-cut line where agricultural activities end and the protected land begins.

This image was created by combining three acquisitions from Envisat’s radar on 14 June 2007, 14 February 2008 and 3 July 2008 over the same area and it is featured on the Earth from Space video programme.