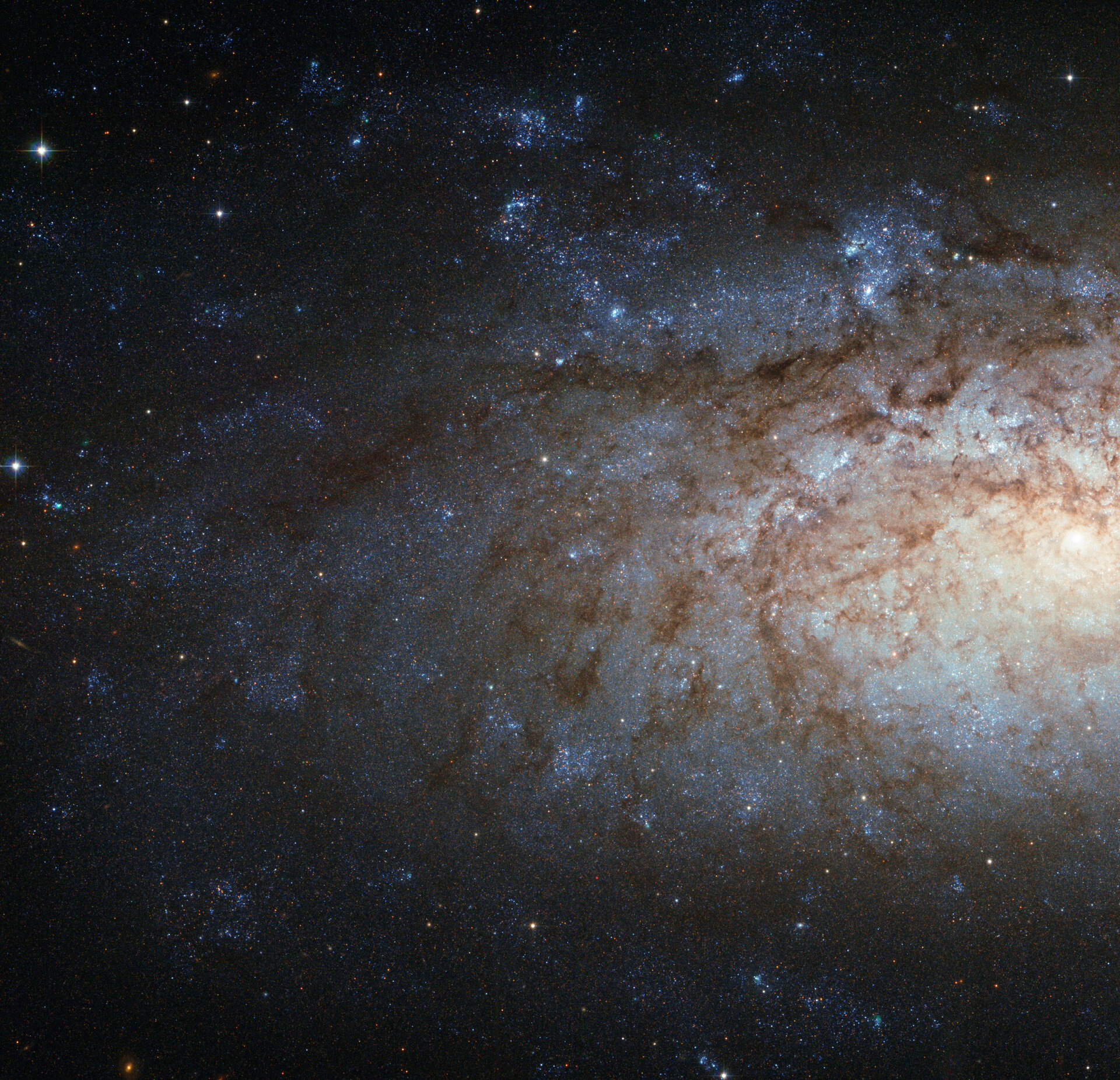 This image, captured by the NASA/ESA Hubble Space Telescope, shows part of NGC 3621, an unusual spiral galaxy located over 20 million light-years away in the constellation of Hydra (The Water Snake).

The small, bright nucleus on the right of the image does not have the significant bulge of older stars that is common in spiral galaxies, marking NGC 3621 as a "pure-disc" galaxy. Many luminous clumps of blue young stars are scattered along the loose spiral arms, which are partially obscured by the dark dust lanes snaking across the frame. This galaxy is very useful for astronomers; some of its brightest stars can be used to estimate extragalactic distances, allowing us to measure the vast scale of the Universe.