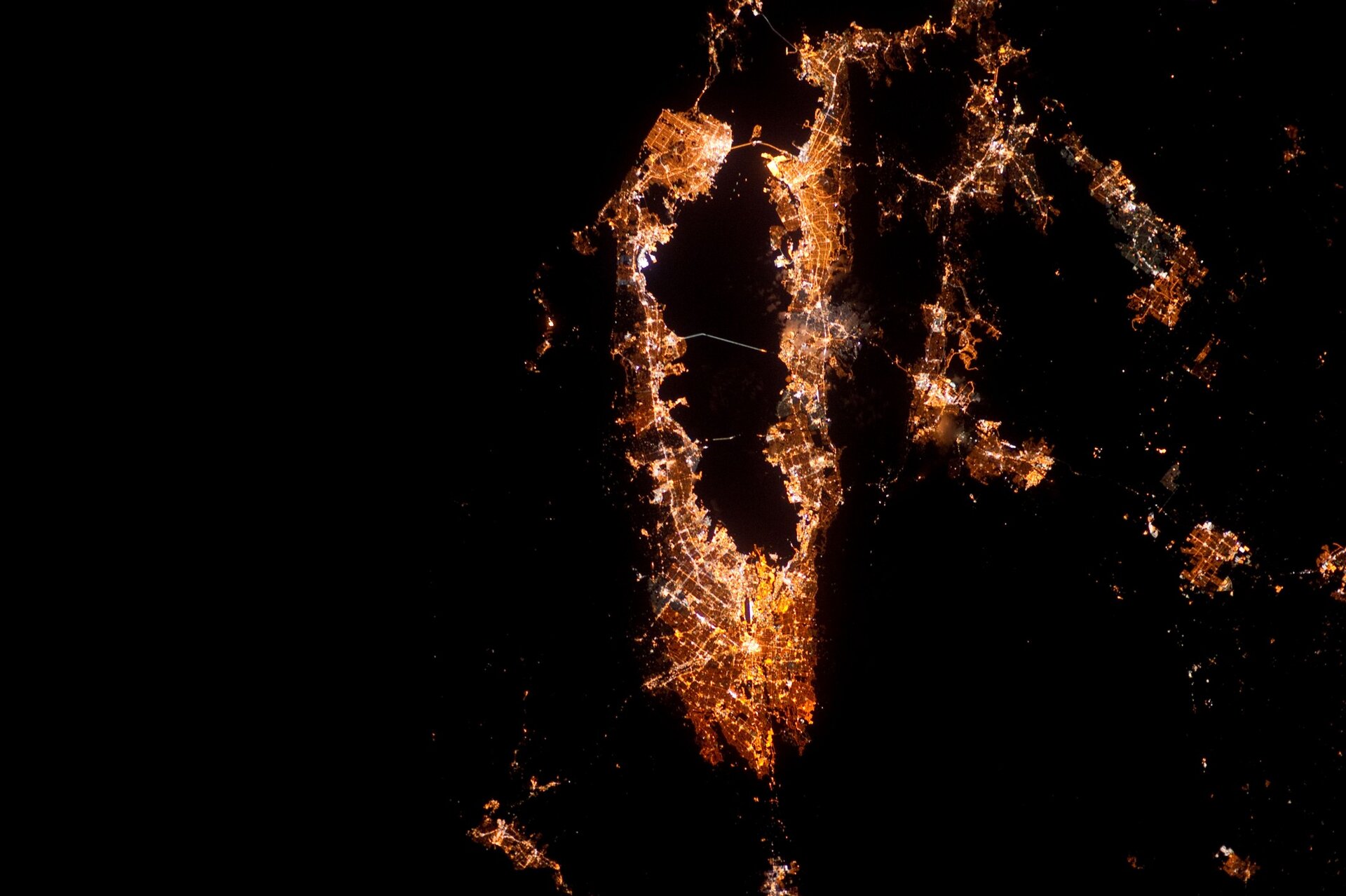 The bright lights of the cities are themselves surrounded by natural parks. Past the coastal Eastern Bay Regional Parks to the right, the cities of Pleasanton and Walnut Creek keep the dark wilderness at bay with their street lighting. To the left, apart from the Half Moon Bay Airport on the coast, the blackness of the Pacific Ocean prevails.

This image was taken on 23 December 2012 from the International Space Station. Circling Earth at an altitude of around 400 km, astronauts witness the beauty of our planet from a unique vantage point. At night, human settlements can be seen as street lighting illuminates the sky. ESA developed an automatic camera tripod that compensates for the speed of the Space Station flying at 28 800 km/h to take sharper pictures at night.