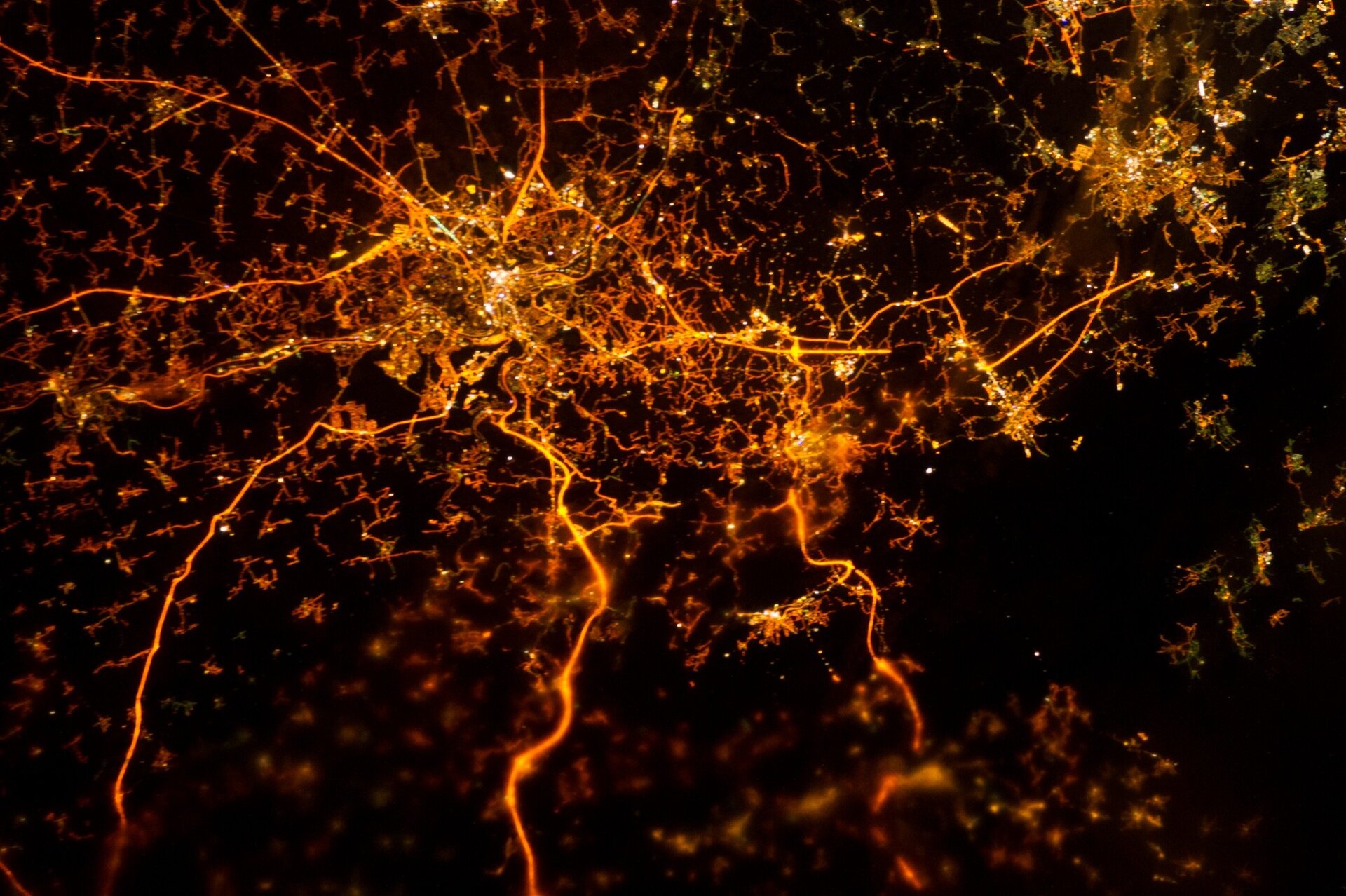 Seen from the International Space Station at night, Liège, or Luik in Flemish, lights up like a neural network, revealing the city’s long history. Lights from streets and motorways run in seemingly random ways, growing over centuries since the area was first inhabited. The Meuse river that flows through the city centre can hardly be seen between the city lights.

Main pathways — the brighter-lit motorways — link Liege to neighbouring cities and countries: Luxembourg  and France at the bottom of the picture, Germany to the right and the Netherlands above.

Subtle differences across international borders are noticeable. The lighting around the city of Aachen, Germany at the top right has a greener tone than the strong yellow seen in Belgium. A motorway leaving Liège that heads straight up in the picture connects the city to Maastricht in the Netherlands. In this image the road seems to end as the light disappears. In reality, Belgium’s northern neighbours do not use the same lighting scheme.