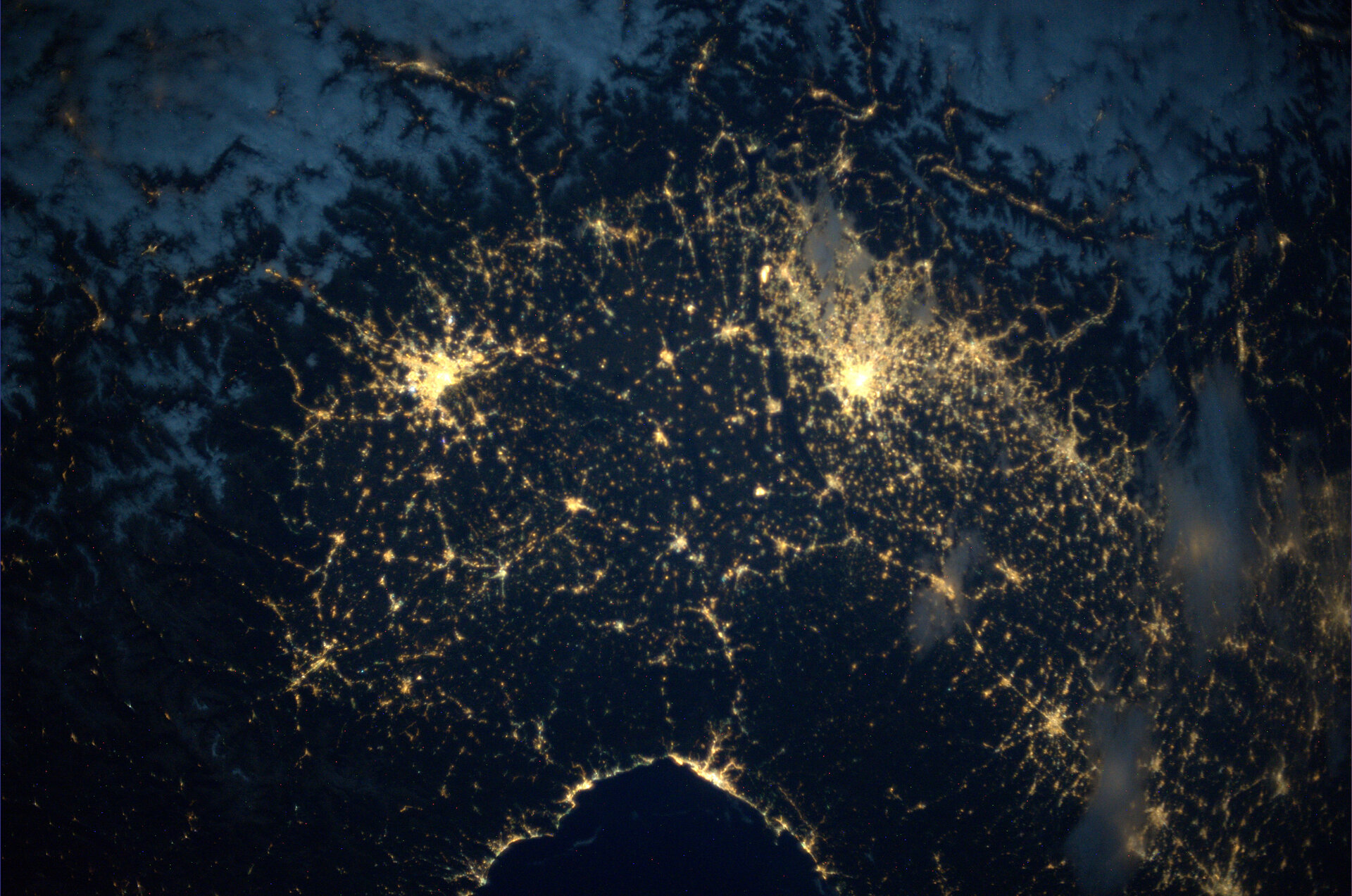 Everyone is used to living with smarter devices. But imagine living in a smart city where everything from public transport to city lamps are efficient and sustainable. This seemingly simple image of northern Italy from Earth orbit is one of the ways space is paving the way for cities to get smarter.

Doorbells, refrigerators and toothbrushes are everyday devices that are now controllable, customisable and designed to make your life run more efficiently by collecting and relaying data using telecommunications satellites.

Other space technology is helping to collect valuable data that can result in larger scale changes for cities.

Take one of humankind’s greatest achievement in space so far, the International Space Station.

Astronauts routinely snap photos of Earth from the orbital outpost, and not just for the likes and retweets. Photographs like this one of northern Italy, taken by ESA astronaut Luca Parmitano during his 2013 mission, provide vital data about city efficiency and sustainability.

Researchers have devised a method to assess the environmental impact of artificial light on humans, animals, and the surrounding environment using one of the few sources of publicly-accessible night images of Earth in colour: pictures taken by the astronauts from the International Space Station.

City lights are disruptive not only for the lives of nocturnal animals, who suffer from disorientation and behavioural and physiological changes, but also for people. An excess of artificial light before bedtime reduces melatonin production, a hormone linked to sleep. This suppression can lead to negative effects on our health, including breast and prostate cancer.

In addition, streetlights account for a large chunk of a country’s energy consumption. As the world grapples with climate change and cleaner sources of energy, how that energy is put to use is a bright topic.

Cities at Night is an online platform that invites citizens to flip through the half a million photographs of Earth at night taken so far by astronauts from the Space Station to identify cities. The end result of Cities at Night will be map of Earth that is accessible to anyone.

Researchers want to use the map to locate energy inefficiencies in urban cities to urge dimming of the lights. A case in point is the city of Milan. The city replaced their orange sodium lamps with white LEDs. Comparisons of Milan from night as seen from space before and after the change has shown that the white light is worse for the local environment.

The data retrieved from these images is vital to drawing risk maps for artificial lighting that can help guide city officials in these types of decisions. And that’s just smart.

More than half the world’s population live in cities. Space plays an important role in urban innovation, improving the quality of life of millions – and potentially billions – of people. This week, we take a look at what ESA is doing to benefit city dwellers. Join the conversation online by following the hashtag #SmartCities.