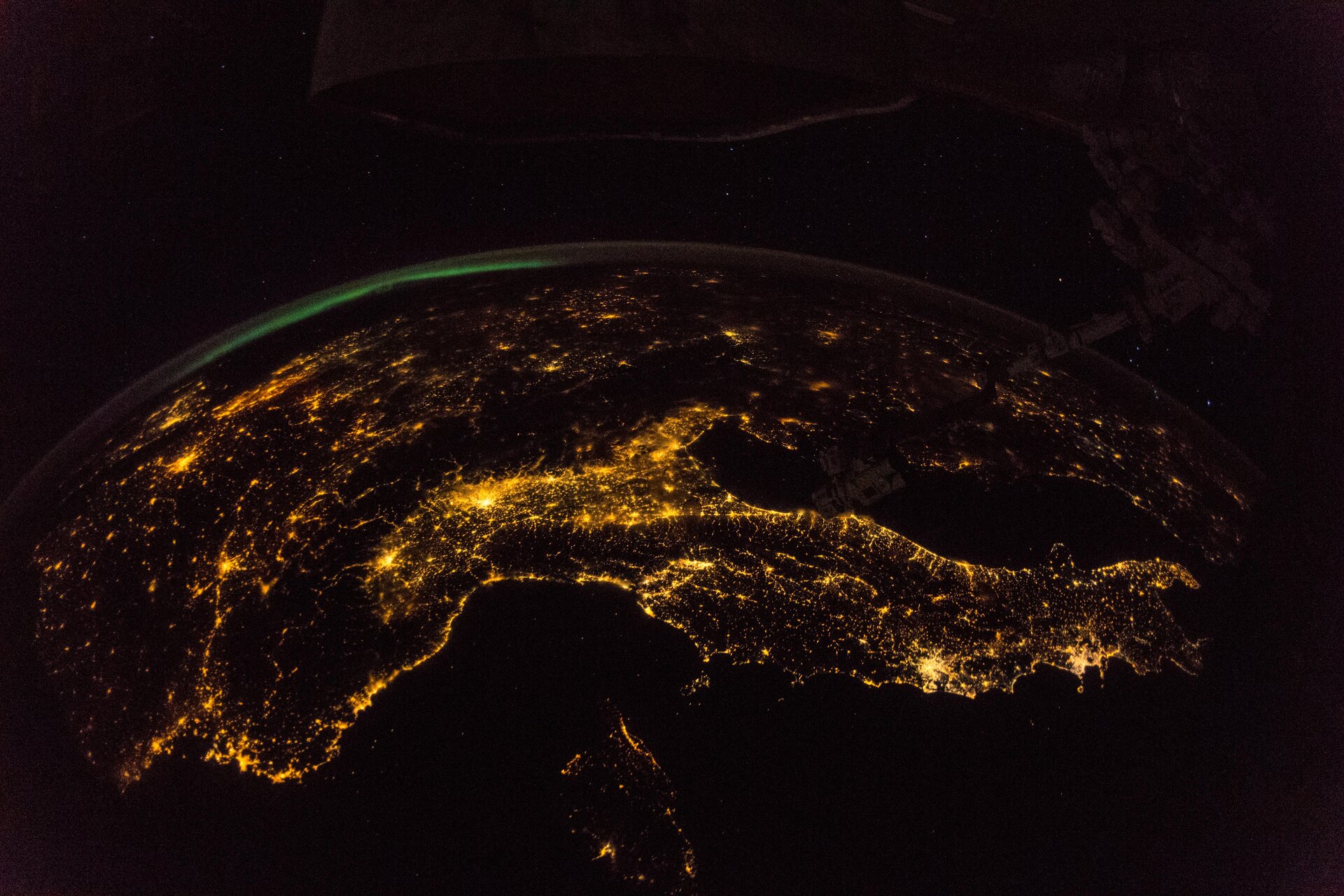 Imaging Earth from space is a favourite pastime for astronauts on the International space Station. They can set their cameras to automatically snap photos while they work, but often make time to Earth-gaze and take photos of their own.

ESA astronaut Alexander Gerst snapped this photo of Europe at night in September, captioning it, “From space it's pretty clear that Europe belongs together.”

It is also pretty clear that Europe is very well lit at night, perhaps unnecessarily so.

Excessive artificial light is known as light pollution and it is often a problem in urban areas.  Many meteor showers have gone unnoticed by urban populations and the average city dweller can make out very few stars and constellations in the synthetic glow.

A more serious consideration of light pollution is energy efficiency. As the world grapples with climate change and cleaner sources of energy, how that energy is put to use is a bright topic.

A citizen science project is hoping to address the problem of light pollution and energy efficiency in cities by creating a map of the world at night.

Cities at Night is an online platform that invites citizens to flip through the half a million photographs of Earth at night taken so far by astronauts from the Space Station to identify cities.

In this regard, humans are much more efficient than computers, which require complicated algorithms to categorise images. The human eye, on the other hand, can quickly differentiate a photograph of a city from that of stars.

The end result of Cities at Night will be map of Earth that is accessible to anyone. Researchers want to use the map to locate energy inefficiencies in urban cities to urge dimming of the lights. This would also reclaim some of the night sky for urban dwellers to enjoy.

Find out how you can help and improve your geography knowledge with the Cities at Night project. With a mind-boggling amount of data about our planet along with the availability of the latest digital technologies, citizen science projects such as these is just one way to help interpret the data and there are countless opportunities for innovation. ESA’s ɸ-week, running this week, explores how data and new technologies such as artificial intelligence and blockchain can benefit business, industry and science to bring benefits to all.