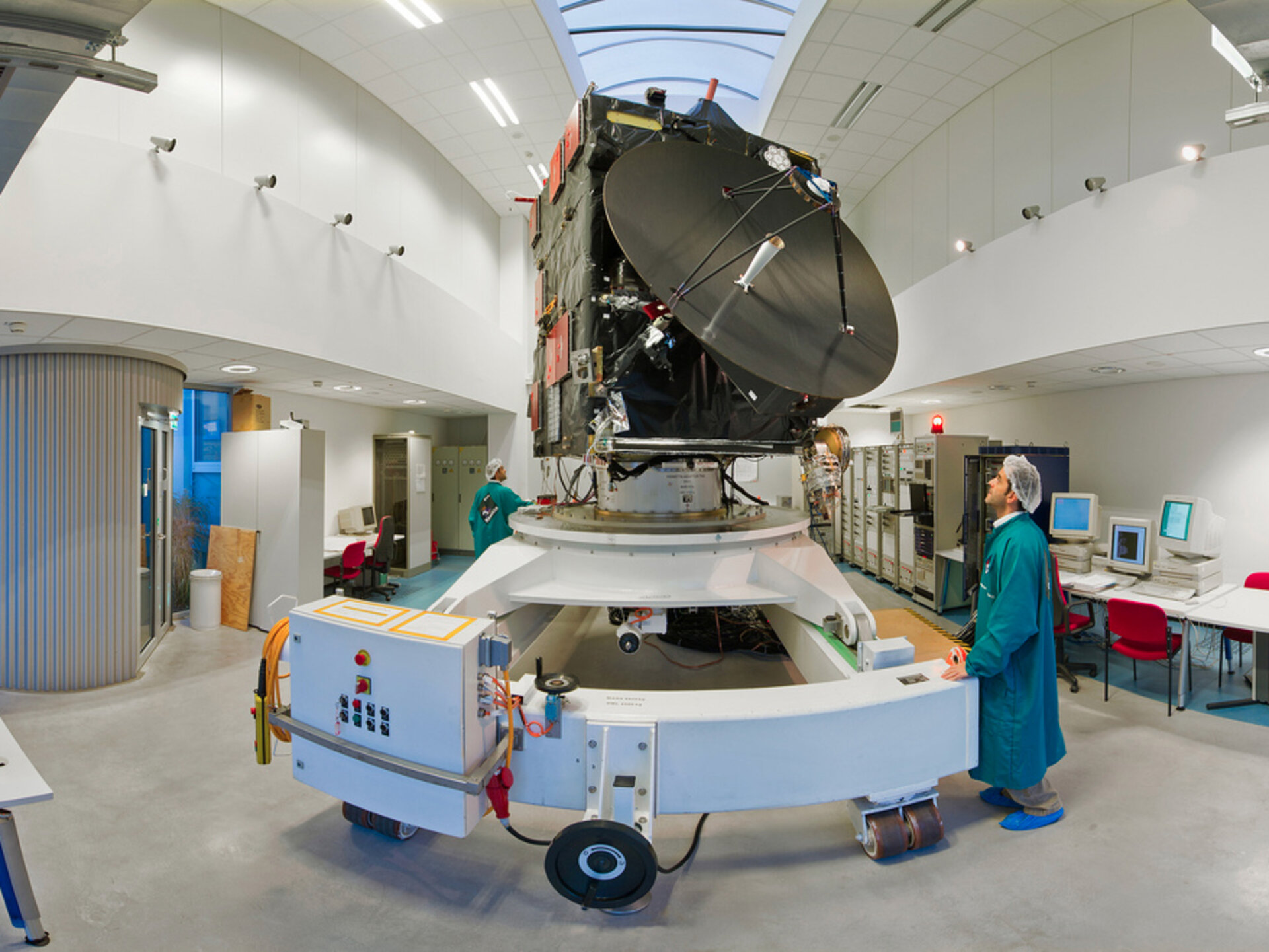 ESA’s Rosetta is en route to Comet 67P/Churyumov–Gerasimenko, where it will make the most detailed study of a comet ever attempted. It will follow the comet on its journey through the inner Solar System, measuring the increase in activity as the icy surface is warmed up by the Sun. It will deposit a lander, Philae, on to the surface to study the composition and structure of the comet nucleus. It will also drill more than 20 cm into the surface to collect samples for inspection by the lander’s laboratory.

The spacecraft has been in deep-space hibernation for over 30 months and is set to wake up on 20 January 2014.

This image shows the Rosetta Engineering Qualification Model in a cleanroom at ESOC, ESA’s European Space Operations Centre in Darmstadt, Germany. It is a faithful replica of the actual spacecraft, and is being used to test and validate procedures and software prior to upload to the real Rosetta.

In preparation for the wake-up next month, teams at ESOC have been working intensely to recommission the ground systems used to control Rosetta and test the board connections between Rosetta and the lander.

Watch the replay of the Rosetta media briefing held at ESOC 10 December 2013.