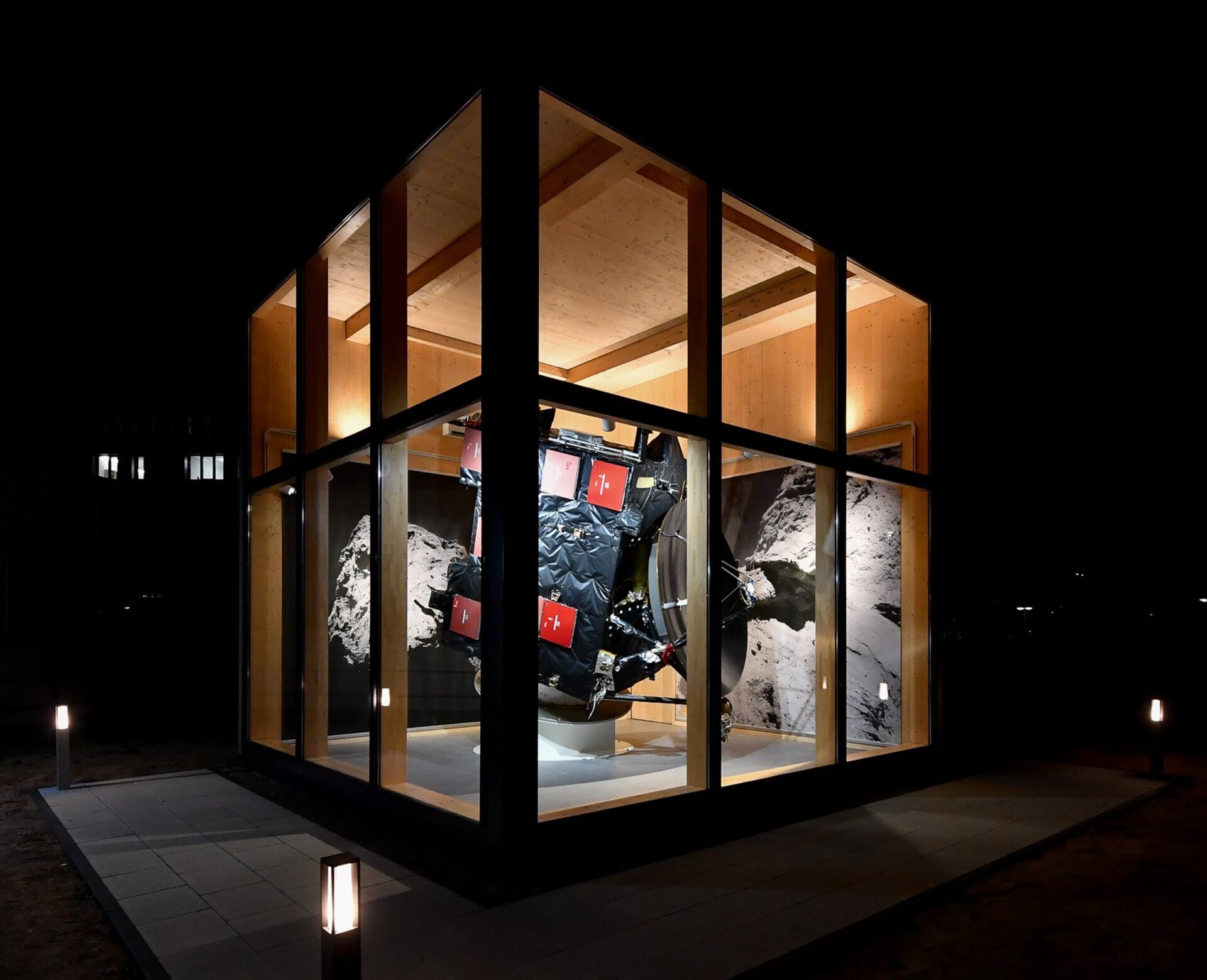 This life-size copy of the world-famous Rosetta spacecraft is living out its retirement at ESA’s European Space Operations Centre in Darmstadt, Germany.

Engineering models are an important part of spacecraft operations – acting as faithful and realistic testbeds for all sorts of trials and tricks too risky to attempt, first-go, on the original.

Models like this also serve as mementos of our human endeavours in space, which are so often hard to visualise, and even harder to get close to.

The original Rosetta probe carried out its final manoeuvre at 20:50 GMT (22:50 CEST) on 29 September 2016, setting itself down on comet 67P/Churyumov–Gerasimenko and sending its final image from just 24 or so metres above the surface.

While we no longer receive updates from the plucky comet-chaser, our 'super model' – seen here at night in its new glassed-in pavilion – reminds us every day of what a remarkable achievement this was.