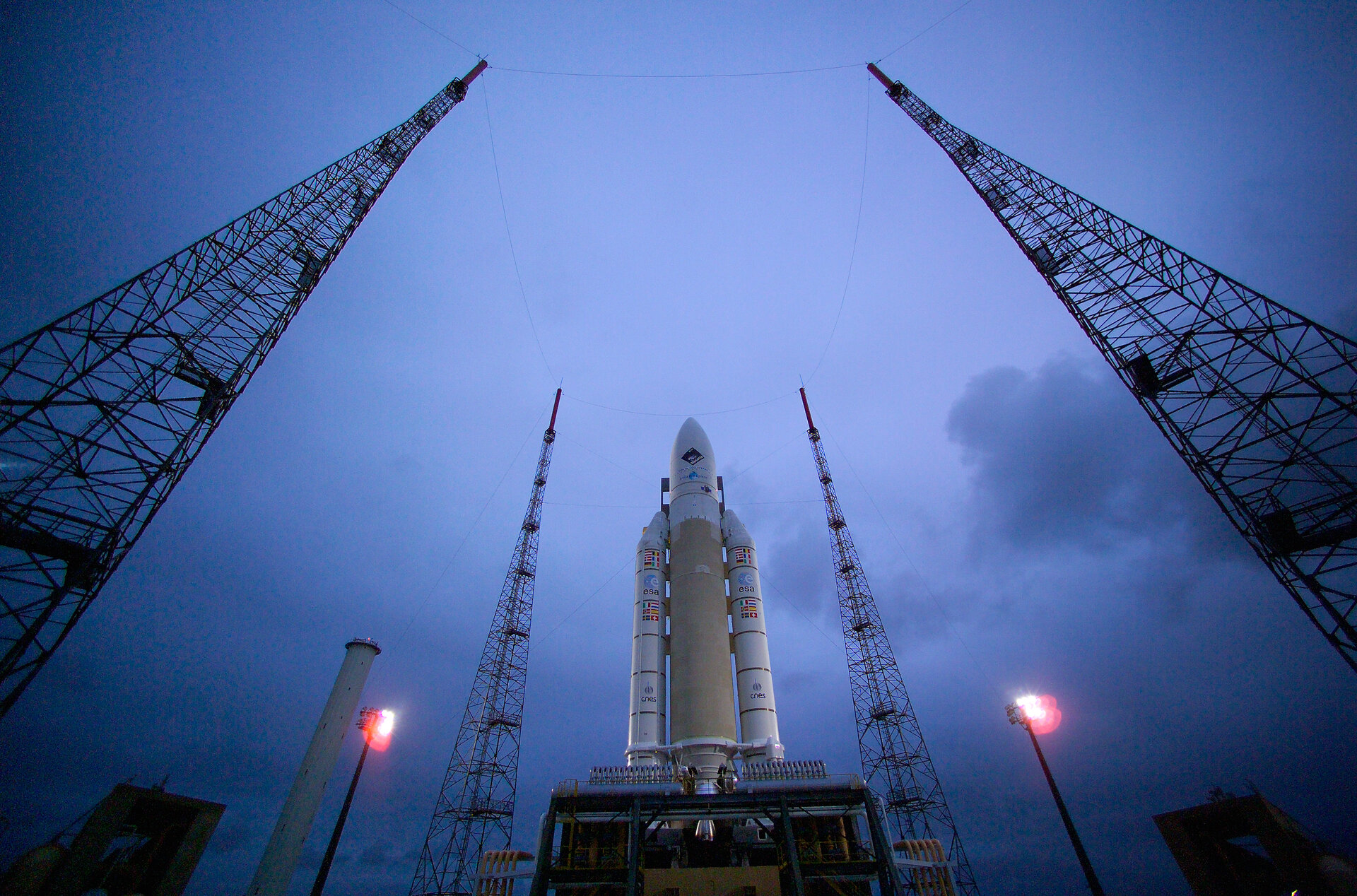 Surrounded by four 100-m lightning towers, the first Ariane 5G+, atop its mobile launch platform, stands on the pad at the Launch Zone (ZL-3) of the Ariane Launch Complex no.3 (ELA-3) at the Guiana Space Centre, Europe's space port, on the evening of February 24, 2004, during final preparation for a first launch attempt two days later.

Selected in November 1993 as a "Cornerstone" mission of ESA's long-term science program "Horizon 2000", the Rosetta probe was initially planned for launch on the V158 flight in January 2003 for an eight-year journey to the comet 46P/Wirtanen. Due to delays in the Ariane 5 program, the initial launch campaign was interrupted in December 2002 and the mission was redesigned for a launch toward the comet 67P/Churyumov-Gerasimenko.
Build by EADS Astrium, the Rosetta probe consists in a 3,065-kg spacecraft (1,578-kg dry mass) designed to enter orbit around the comet's nucleus in August 2014 after a series of gravity assist manoeuvres to gain enough orbital energy, flying three times by Earth (March 2005, November 2007 and November 2009) and once by Mars (February 2007). En route to the comet, the probe will flyby the asteroids 2867 Steins (September 2008) and 21 Lutetia (July 2010).
The spacecraft will map the comet's surface in fine detail and land a package of instruments (the Rosetta Lander) to study some of the most primitive, unprocessed material in the solar system. The mission will provide clues to the physical and chemical processes that marked the systems beginning 4.6 billion years ago.