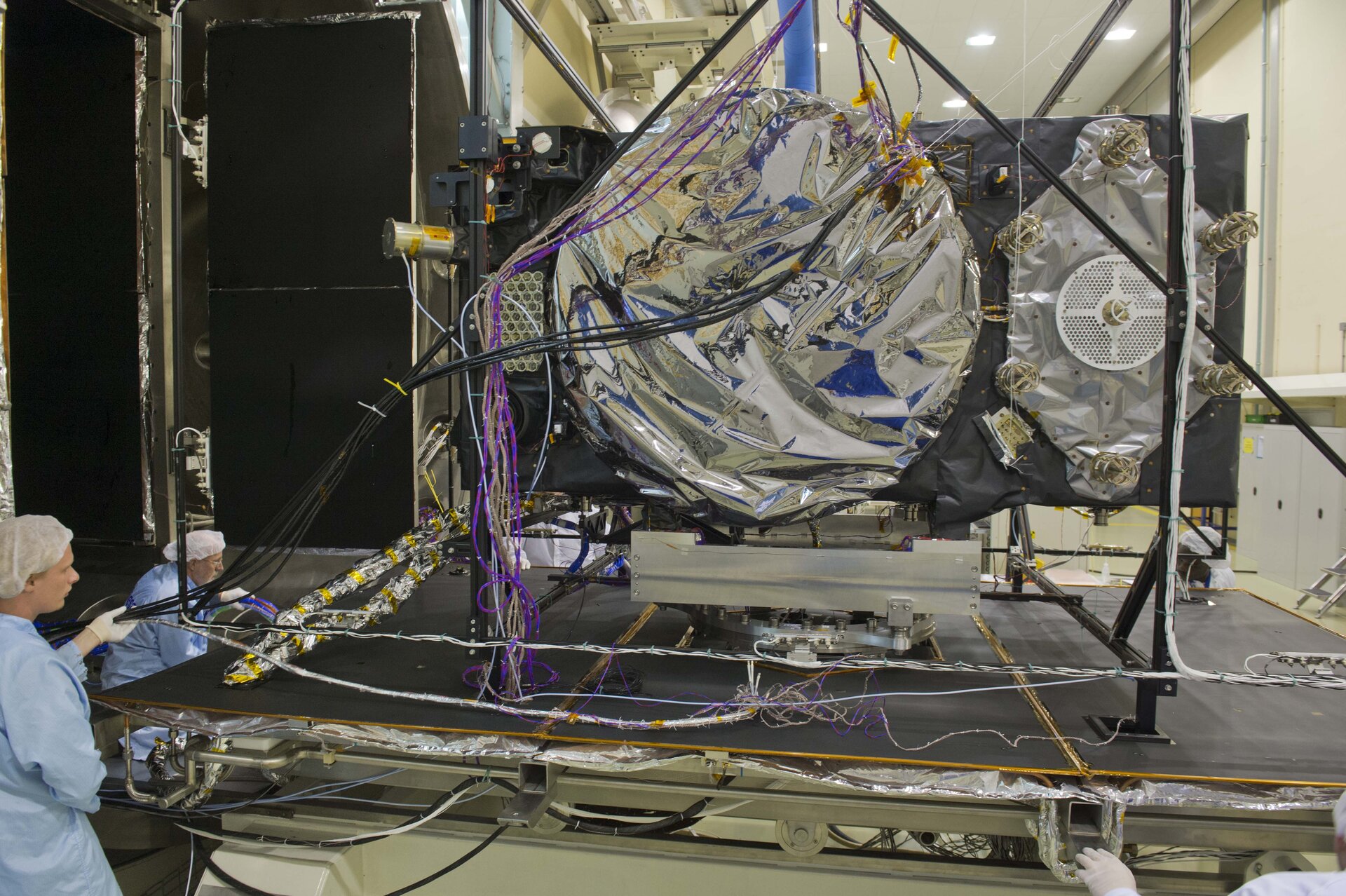 Sliding Galileo out of the Phenix test chamber

The Galileo Full Operational Constellation (FOC) satellite being removed from the Phenix test chamber on 29 November 2013 after five weeks of thermal–vacuum testing. The satellite’s main navigation antenna can be clearly seen, covered in silver-coloured multilayer-insulation, with its gridded retroreflector visible to the left and search and rescue antenna to the right. The projecting gold-coloured item is its C-band receiver, used to pick up navigation correction messages from uplink stations on the ground. (Released with endorsement of the ESA Security Office)