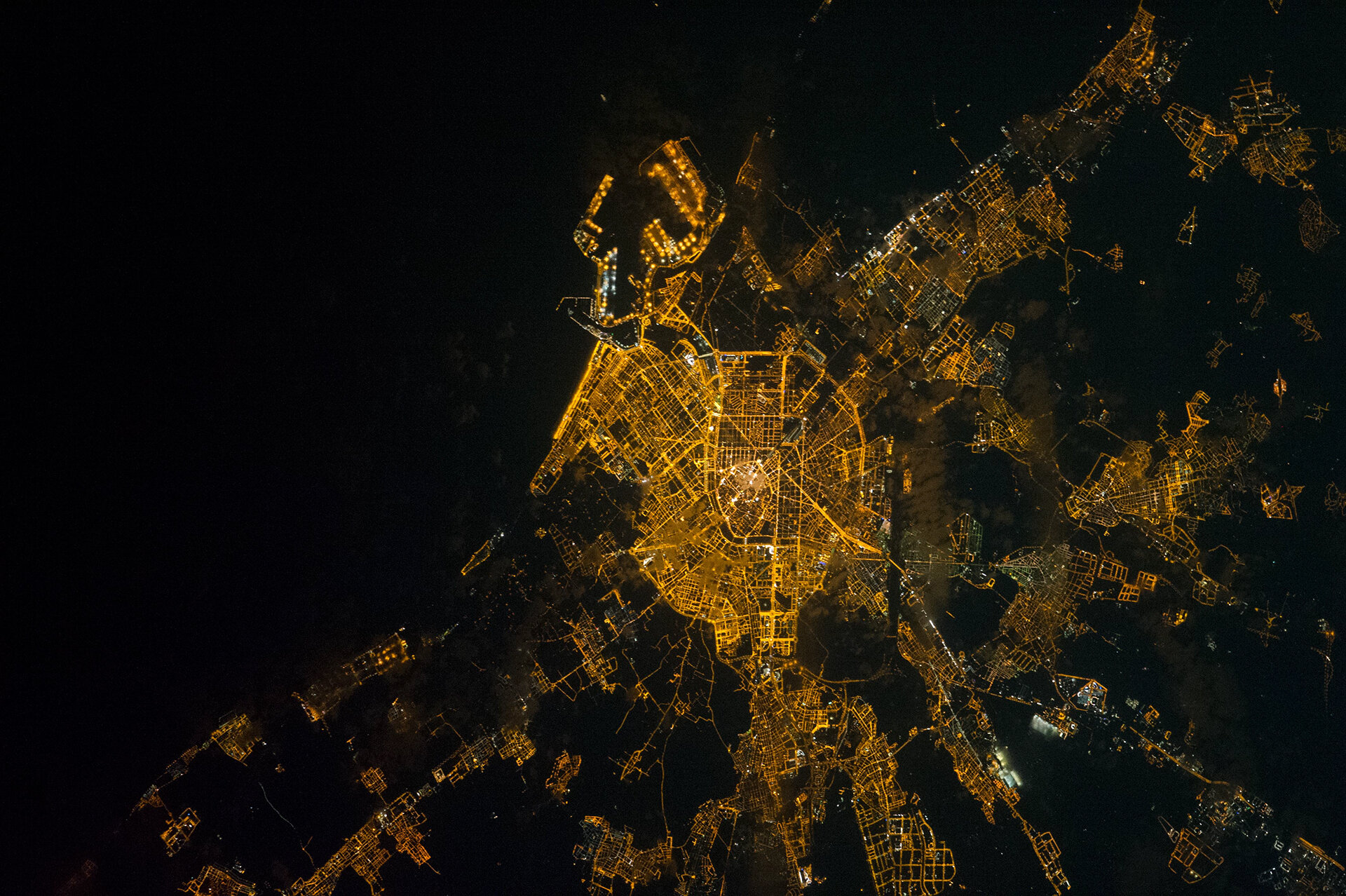 Valencia, Spain, seen from over 300 km above Earth by an astronaut on the International Space Station on 6 October 2013. This incredibly sharp image shows the grid-like streets of Valencia surrounding the older, less-structured, centre. The ‘claw’ extending to the top is the port of Valencia that serves as a breakwater as well as a platform to offload ships.

Lights of a ship that is either leaving or arriving at the port can be seen. The blackness to the top left of this image is the Mediterranean Sea where no streetlights exist. Other areas of blackness are parks and countryside, places where humans have not settled and installed artificial lights.

The bright blue lights to the bottom of the image are from Valencia’s airport and industrial sites.