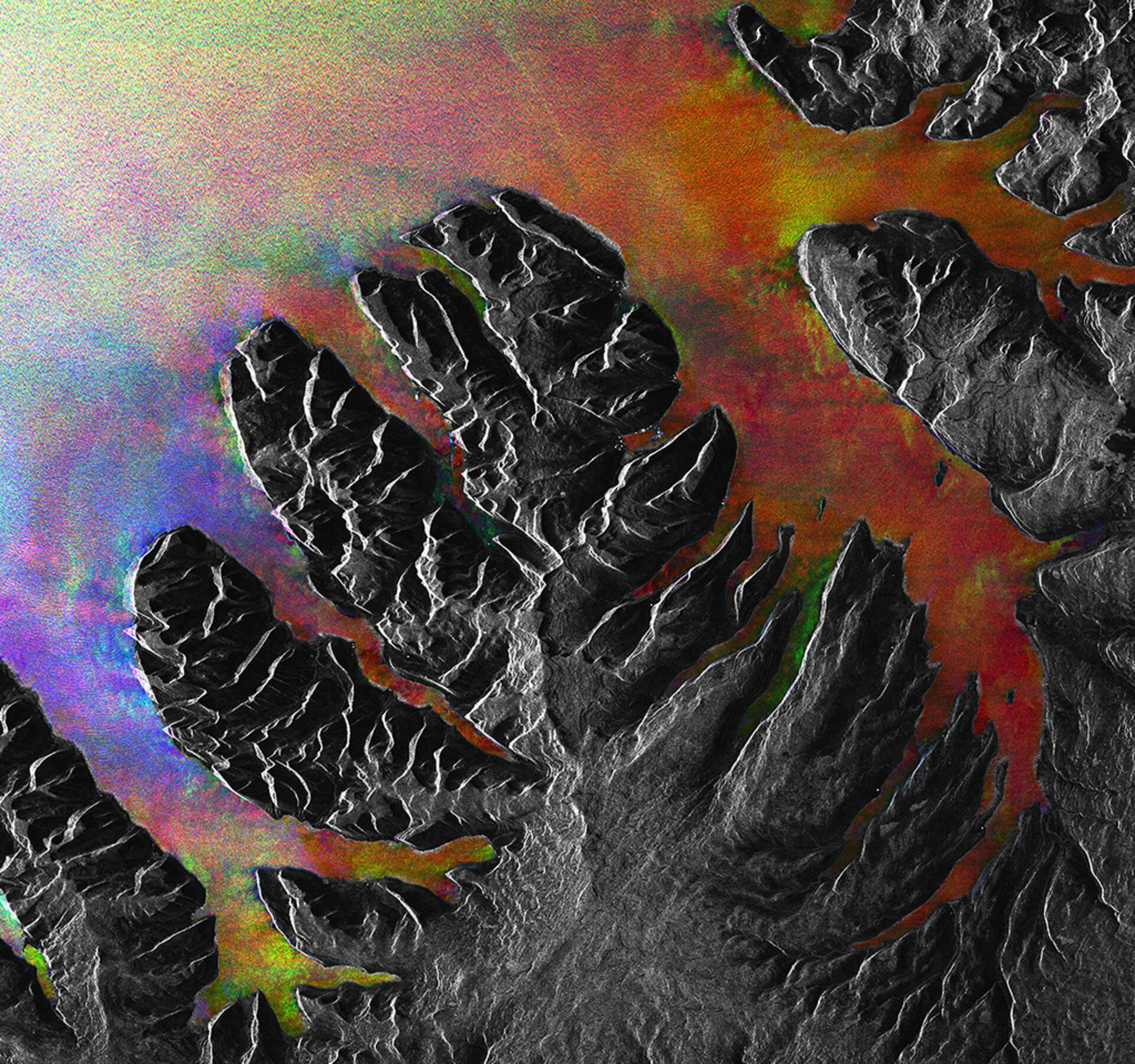 This Envisat image was acquired over the Westfjords peninsula in northwest Iceland.

Located in the North Atlantic Ocean east of Greenland and immediately south of the Arctic Circle, Iceland is the westernmost European nation, and has more land covered by glaciers than the whole of continental Europe. The country sits on the mid-Atlantic Ridge, where two tectonic plates are moving away from each other, causing strong geothermal and volcanic activity.

The grey area that is somewhat shaped like a Christmas tree is land, while the colourful spaces between the 'branches' are long fjords – long, narrow arms of the sea that stretch far inland.

During the ice ages both ice and rivers carved deep valleys in the mountains. As the climate changed, most of the ice melted, and the valleys were gradually filled with salt water from the coast, giving birth to the fjords.

This image, also featured in the Earth from Space video programme, was created by combining three Envisat radar acquisitions from 11 September 2004, 14 April 2007 and 3 May 2008 over the same area.