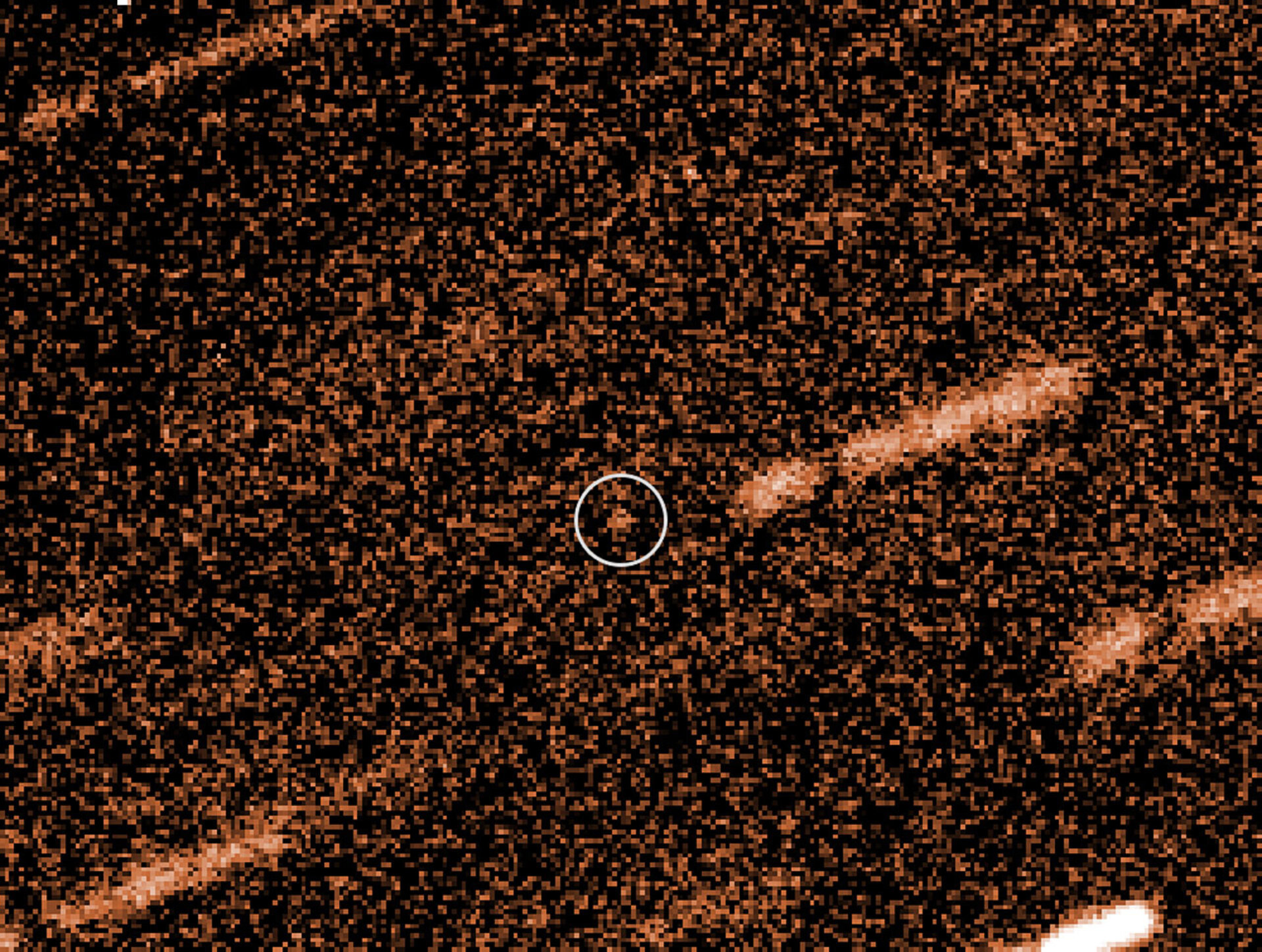 The faint spot at the centre of this picture from ESO's Very Large Telescope is Near-Earth Object 2009 FD. It may look insignificant, but there was a possibility that this asteroid would collide with Earth in the future. Fortunately the latest VLT observations, part of a collaboration with the European Space Agency, have shown that this is much less likely than initially feared. The stars in this picture appear trailed as the telescope was tracking the motion of the asteroid during the exposures.