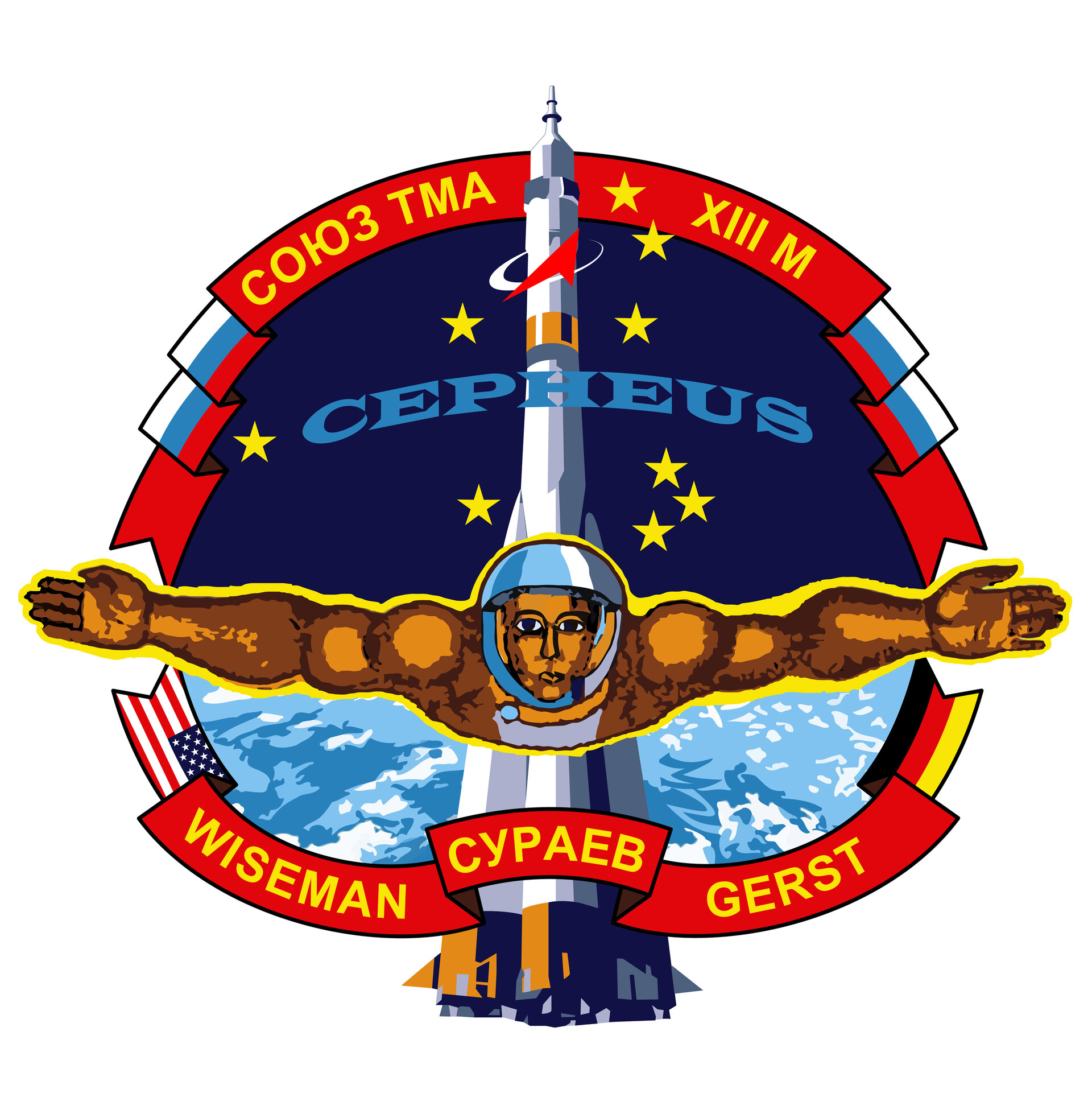 ESA astronaut Alexander Gerst (DE) is assigned to fly on the Soyuz TMA-13M spacecraft to the International Space Station, scheduled for May 2014 and as part of the Expedition 40/41 crew. Expedition 40 begins with the scheduled undocking of Soyuz TMA-11M in May 2014. Three new Soyuz TMA-13M crew members, Gerst, cosmonaut Maxim Surayev and NASA astronaut Reid Wiseman, will be launched shortly after. The callsign for their mission will be 'Cepheus'.

The Soyuz TMA-13M mission patch was designed by Luc van den Abeelen for TsPK/Spacepatches.nl and Roscosmos. The patch is centred around the main image of a famous Baikonur monument called 'Weightlessness' (also known locally as 'the fisherman').The cosmonaut is shown floating over a blue Earth, with a departing Soyuz launch vehicle climbing towards the stars. The constellation depicted is Cepheus; this is the callsign chosen by the spacecraft commander. Banners enclosing the scene show the spacecraft designation, crew names and their national flags.