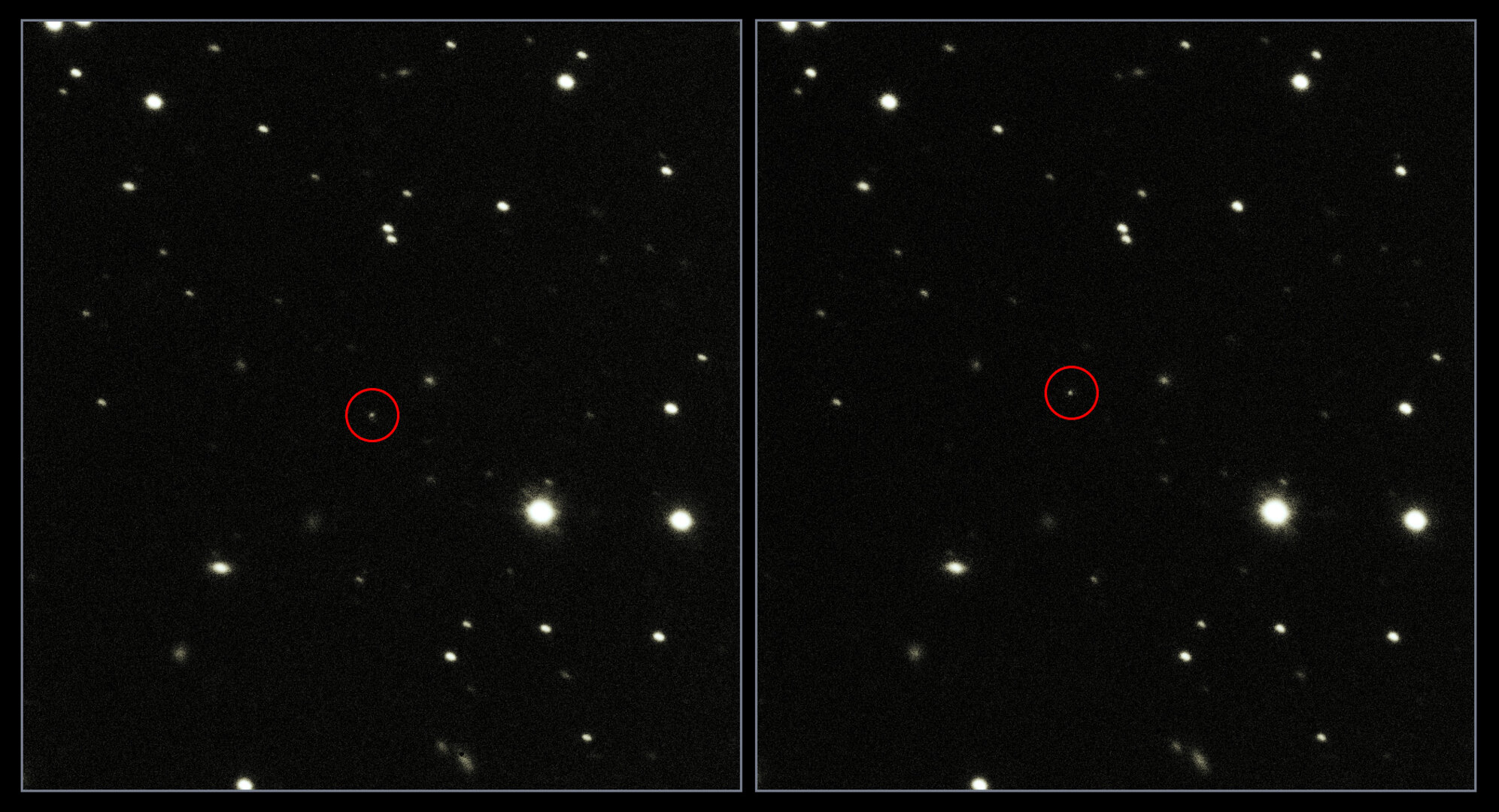 Disguised in a crowded field of stars, the tiny white dot highlighted in these two images is none other than ESA’s Gaia satellite as seen with the Very Large Telescope Survey Telescope at the European Southern Observatory in Chile.

Gaia was launched on 19 December 2013 from ESA’s Spaceport in French Guiana, and is now 1.5 million km away, orbiting a virtual point in space known as L2. From this vantage point, Gaia will scan the sky continuously for the next five years, charting a billion stars in the Milky Way.

Gaia’s survey will yield an unprecedented 3D map of stellar positions and motions to investigate the origin and evolution of the Galaxy. Astronomers need Gaia to pinpoint stars to an extraordinary accuracy – for the brightest stars the goal is to measure their position in space to an accuracy equivalent to the size of a euro coin on the Moon as seen from Earth. But to meet such an ambitious requirement, they must know the position of Gaia in the Solar System, too.

Fortunately, it is possible – if not easy – to observe Gaia using ground-based telescopes, since small imperfections in the sunshield, and structures like the solar panels and antenna reflect diffuse light. So far away, Gaia is about a million times fainter than is detectable by the naked eye.

To measure Gaia’s position in the sky, a network of small and medium telescopes are monitoring the spacecraft on a daily basis. This information is being fed into the orbit reconstruction being performed at ESA’s Space Operations Centre, yielding an accuracy of 150 m on Gaia’s position and of 2.5 mm/s on its motion.

These two images, taken about 6.5 minutes apart on 23 January, are the result of a close collaboration between ESA and the European Southern Observatory to observe Gaia.