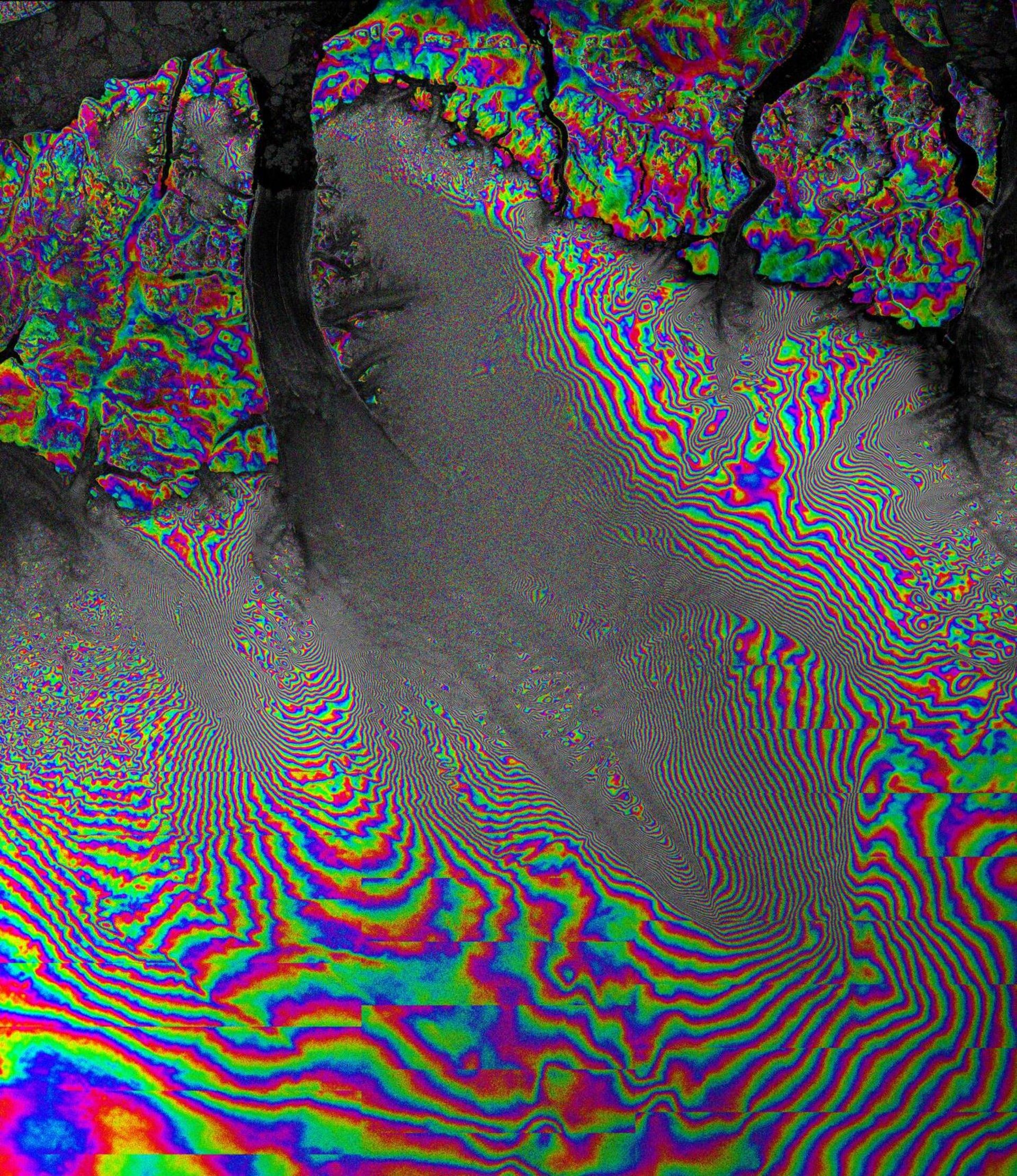 Petermann on the move

This ‘interferogram’ shows Petermann Glacier grinding towards the sea along the northwestern coast of Greenland. Two Radarsat-2 TOPS images acquired 24 days apart were used to generate it. Radarsat-2 was programmed specially by MDA to work in an experimental imaging mode called Terrain Observation by Progressive Scans (TOPS) in azimuth  to match the way ESA’s Sentinel-1 will image Earth.

Synthetic Aperture Radar Interferometry – or InSAR – is a technique where two or more satellite radar images acquired over the same area are combined to detect large-scale surface changes. Small changes on the ground cause changes in the radar signal phase and lead to rainbow-coloured fringes in the interferogram.

This image shows some stationary and relatively slowly moving features, as well as some large areas of much faster moving ice. The interferometric fringes are widely spaced in the stationary areas and closer together in the centre of the glacier where the ice is moving much faster.