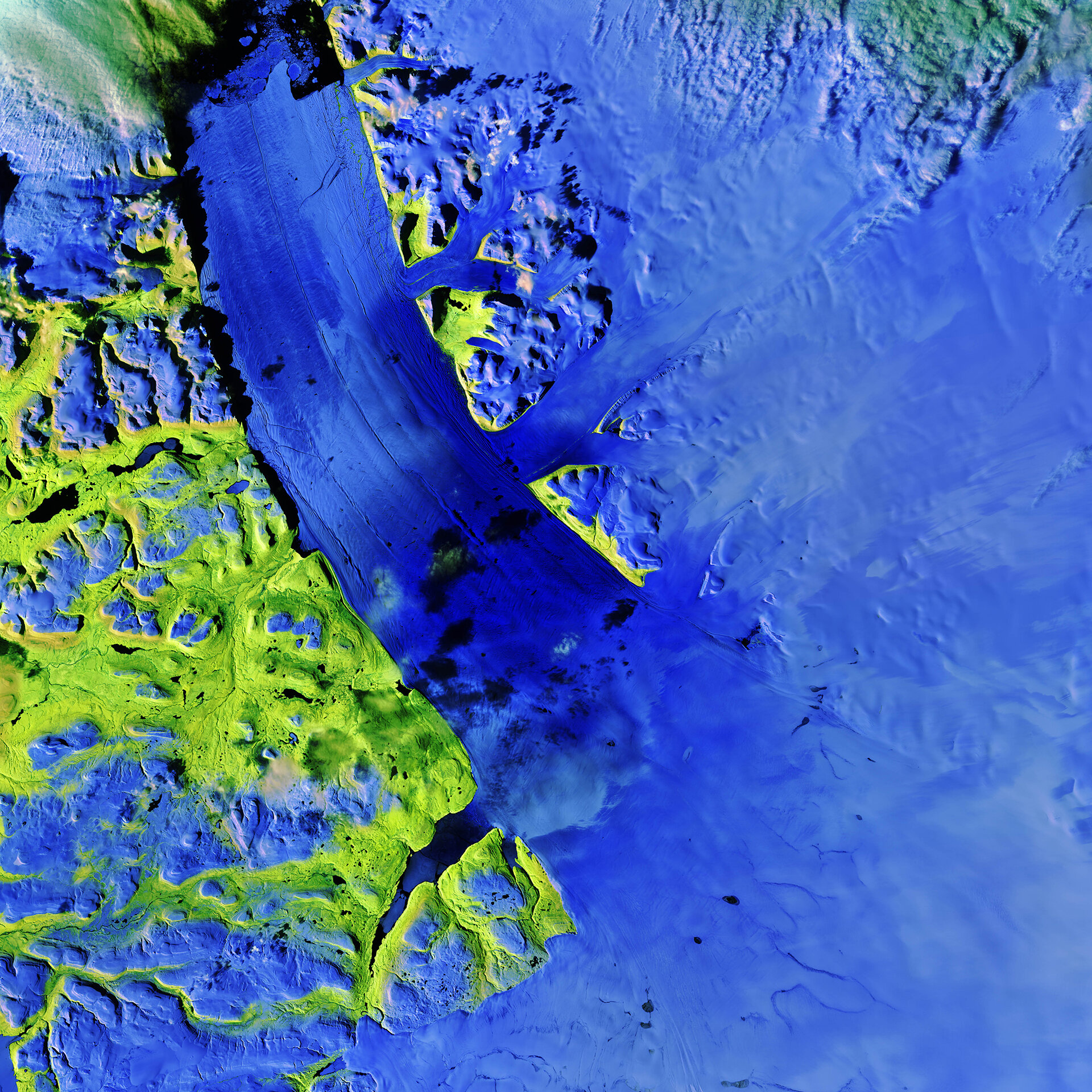 The Copernicus Sentinel-2A satellite takes us over the Petermann Glacier in northwest Greenland in this false-colour image captured on 16 August 2017.

Sentinel-2’s imager can view a given area in different parts of the spectrum, and producing a false-colour image help us to differentiate between targets similar in colour, such as snow and clouds. In this image, clouds are white with a hint of green, while snow and ice appear blue. Bright green areas show vegetation, while black spots are shadows and water.

Petermann is one of the largest glaciers connecting the Greenland ice sheet with the Arctic Ocean. Upon reaching the sea, a number of these large outlet glaciers extend into the water with a floating ‘ice tongue’. Icebergs occasionally break or ‘calve’ off these tongues. In late July, Sentinel-2 caught a 5.5 sq km iceberg calving off the end of Petermann.

Polar scientists are keeping a close watch on a new crack near the centre of the tongue – an usual place for cracks to form – while older cracks continue to grow nearby.

Petermann’s ice flow has accelerated in recent years. Land-based glaciers in Greenland are a major contributor to global sea-level rise and as global temperatures warm, more ice is expected to melt into the oceans. Scientists estimate that if Petermann collapses completely the sea level would rise by about 30 cm.