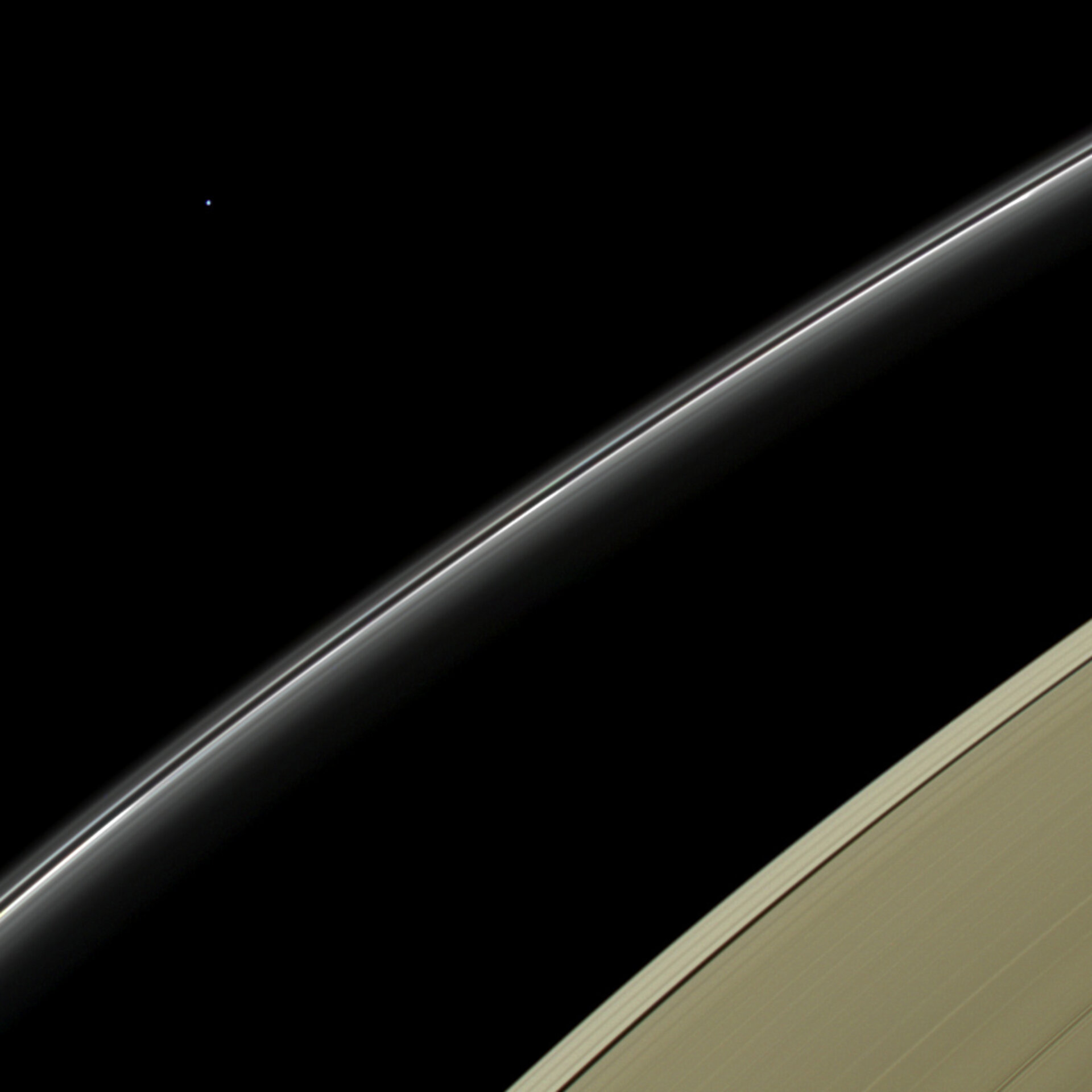 Blue Orb on the Horizon

This view from NASA's Cassini spacecraft features a blue planet, but unlike the view from July 19, 2013 (PIA17172) that featured our home planet, this blue orb is Uranus, imaged by Cassini for the first time.

Uranus is a pale blue in this natural color image because its visible atmosphere contains methane gas and few aerosols or clouds. Methane on Uranus -- and its sapphire-colored sibling, Neptune -- absorbs red wavelengths of incoming sunlight, but allows blue wavelengths to escape back into space, resulting in the predominantly bluish color seen here. Cassini imaging scientists combined red, green and blue spectral filter images to create a final image that represents what human eyes might see from the vantage point of the spacecraft.

Uranus was approximately 28.6 astronomical units from Cassini and Saturn when this view was obtained. An astronomical unit is the average distance from Earth to the sun, equal to 93,000,000 miles (150,000,000 kilometers).

The Cassini-Huygens mission is a cooperative project of NASA, the European Space Agency and the Italian Space Agency. NASA's Jet Propulsion Laboratory, a division of the California Institute of Technology in Pasadena, manages the mission for NASA's Science Mission Directorate, Washington. The Cassini orbiter and its two onboard cameras were designed, developed and assembled at JPL. The imaging operations center is based at the Space Science Institute in Boulder, Colo.