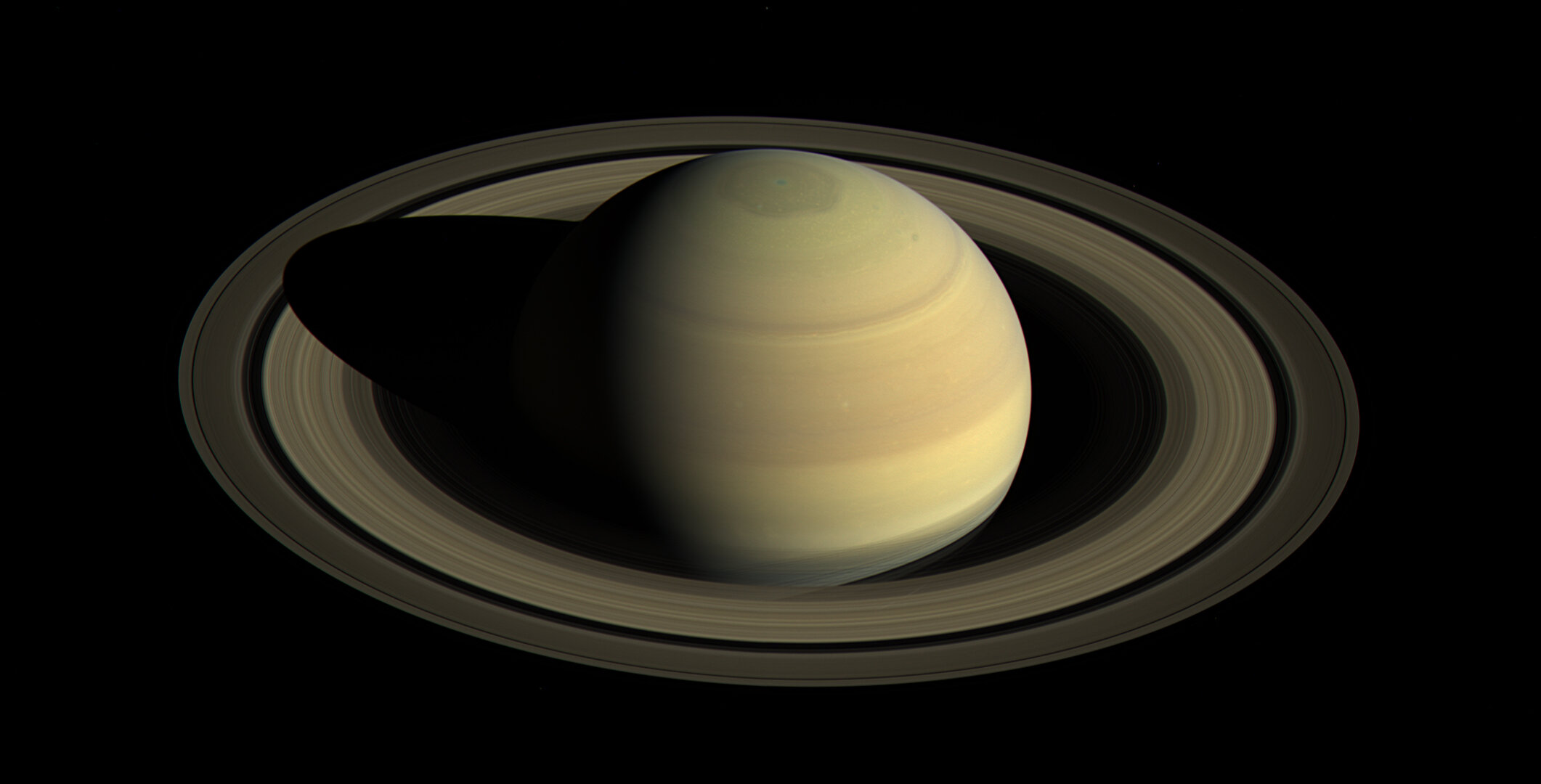 Since the international Cassini spacecraft arrived at Saturn in mid-2004, the planet's appearance has changed greatly. The shifting angle of sunlight as the seasons march forward has illuminated the giant hexagon-shaped jet stream around the north polar region, and the subtle bluish hues seen earlier in the mission have continued to fade. Earlier views obtained in 2004 and 2009 (see Ringworld Waiting and The Rite of Spring​) demonstrate how drastically the illumination has changed.

This view shows Saturn's northern hemisphere in 2016, as that part of the planet nears its northern hemisphere summer solstice in May 2017. Saturn's year is nearly 30 Earth years long, and during its long time there, Cassini has observed winter and spring in the north, and summer and fall in the south. The spacecraft will complete its mission just after northern summer solstice, having observed long-term changes in the planet's winds, temperatures, clouds and chemistry.

Cassini scanned across the planet and its rings on April 25, 2016, capturing three sets of red, green and blue images to cover this entire scene showing the planet and the main rings. The images were obtained using Cassini's wide-angle camera at a distance of approximately 1.9 million miles (3 million kilometers) from Saturn and at an elevation of about 30 degrees above the ring plane. The view looks toward the sunlit side of the rings from a sun-Saturn-spacecraft angle, or phase angle, of 55 degrees. Image scale on Saturn is about 111 miles (178 kilometers) per pixel.

The exposures used to make this mosaic were obtained just prior to the beginning of a 44-hour movie sequence (see Staring at Saturn).

The Cassini-Huygens mission is a cooperative project of NASA, the European Space Agency and the Italian Space Agency. The Jet Propulsion Laboratory, a division of Caltech in Pasadena, manages the mission for NASA's Science Mission Directorate, Washington, D.C. The Cassini orbiter and its two onboard cameras were designed, developed and assembled at JPL. The imaging operations center is based at the Space Science Institute in Boulder, Colorado.