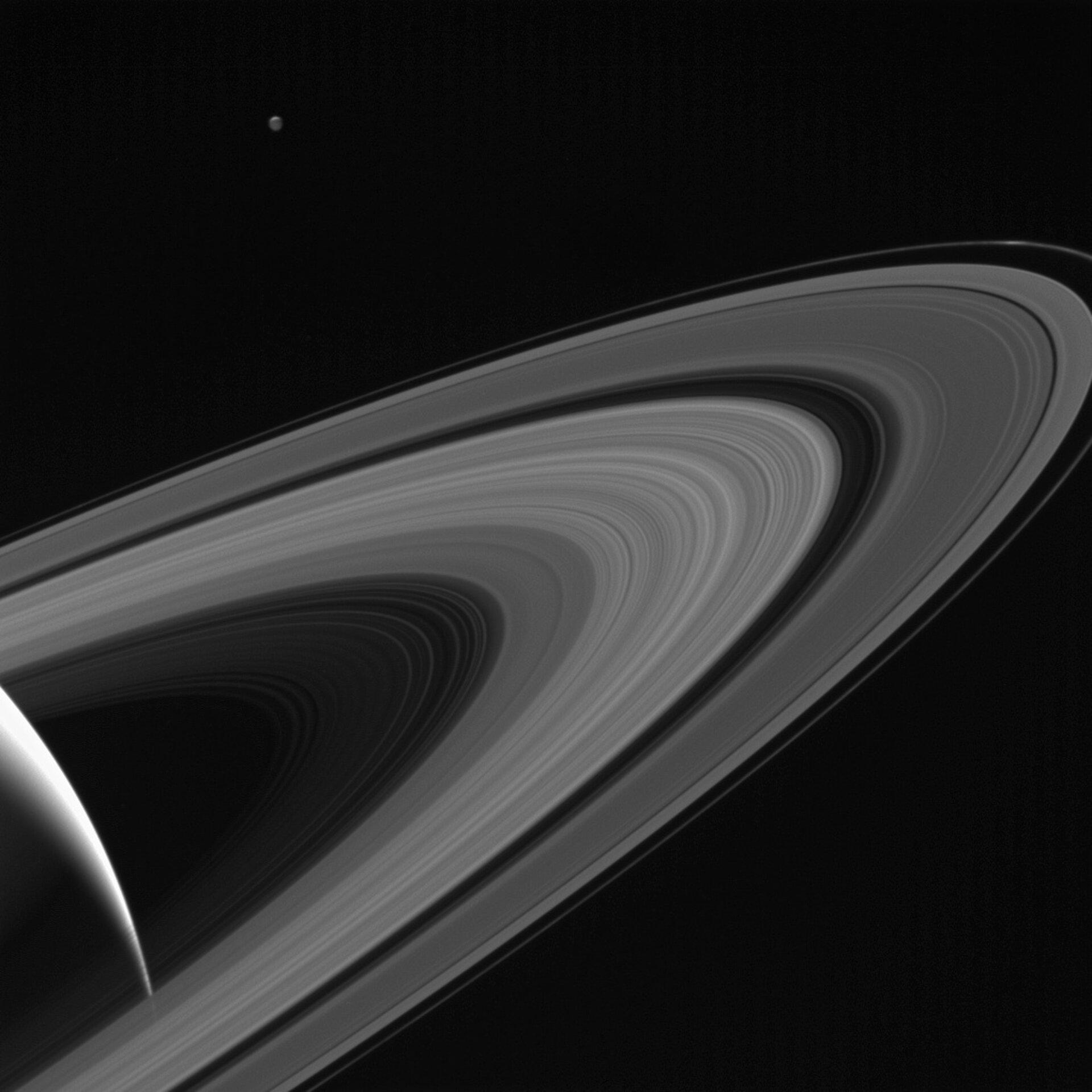 Cassini gazes across the icy rings of Saturn toward the icy moon Tethys, whose night side is illuminated by Saturnshine, or sunlight reflected by the planet.

Tethys was brightened by a factor of two in this image to increase its visibility. A sliver of the moon's sunlit northern hemisphere is seen at top. A bright wedge of Saturn's sunlit side is seen at lower left. The image was taken in visible light with the Cassini spacecraft wide-angle camera on 13 May 2017.