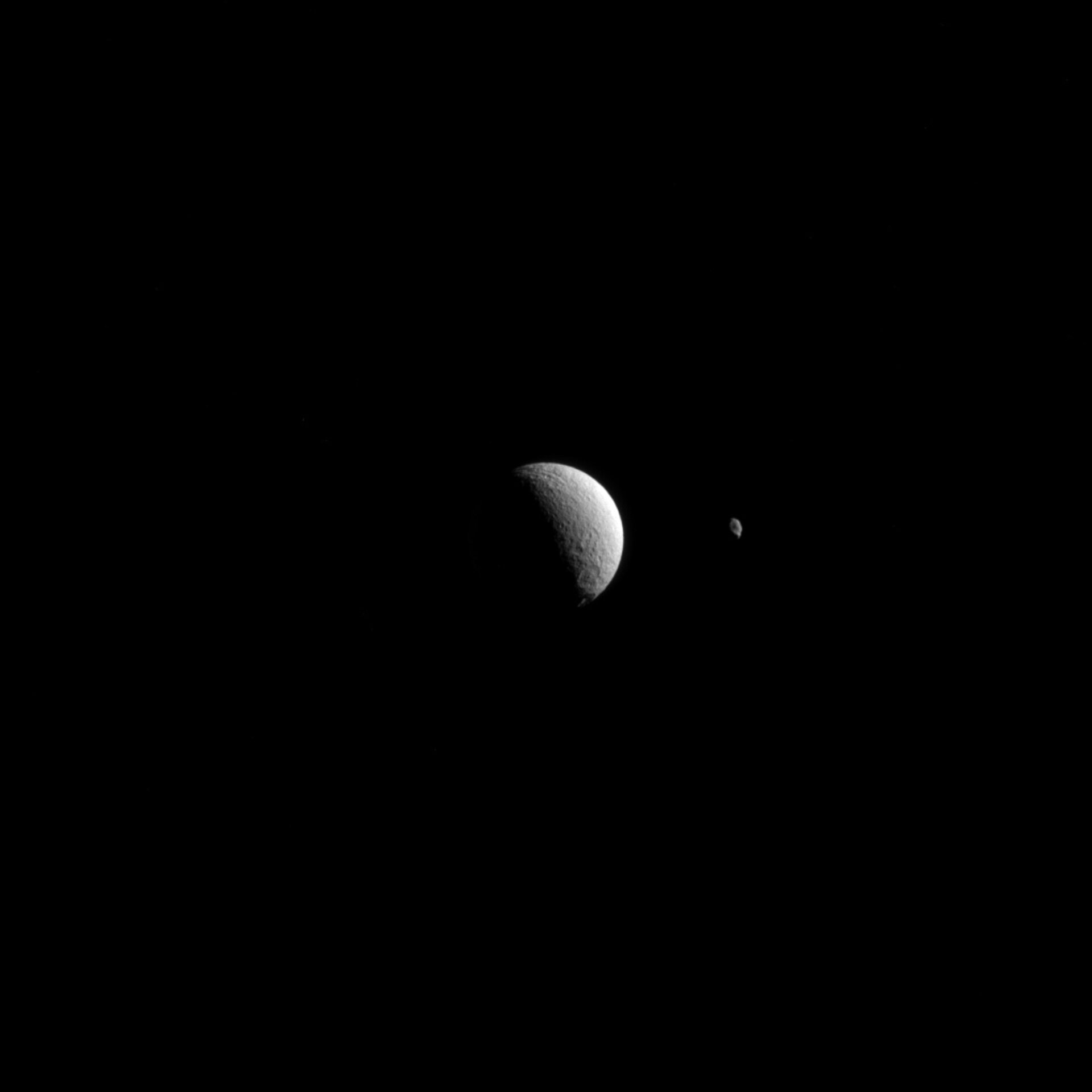 Saturn's moons Tethys and Hyperion appear to be near neighbours in this Cassini view, even though they are actually 1.5 million kilometres apart here. Tethys is the larger body on the left.

The image was taken in visible light with the Cassini spacecraft narrow-angle camera on 15 August 2015. Image scale is 7.0 kilometres per pixel.