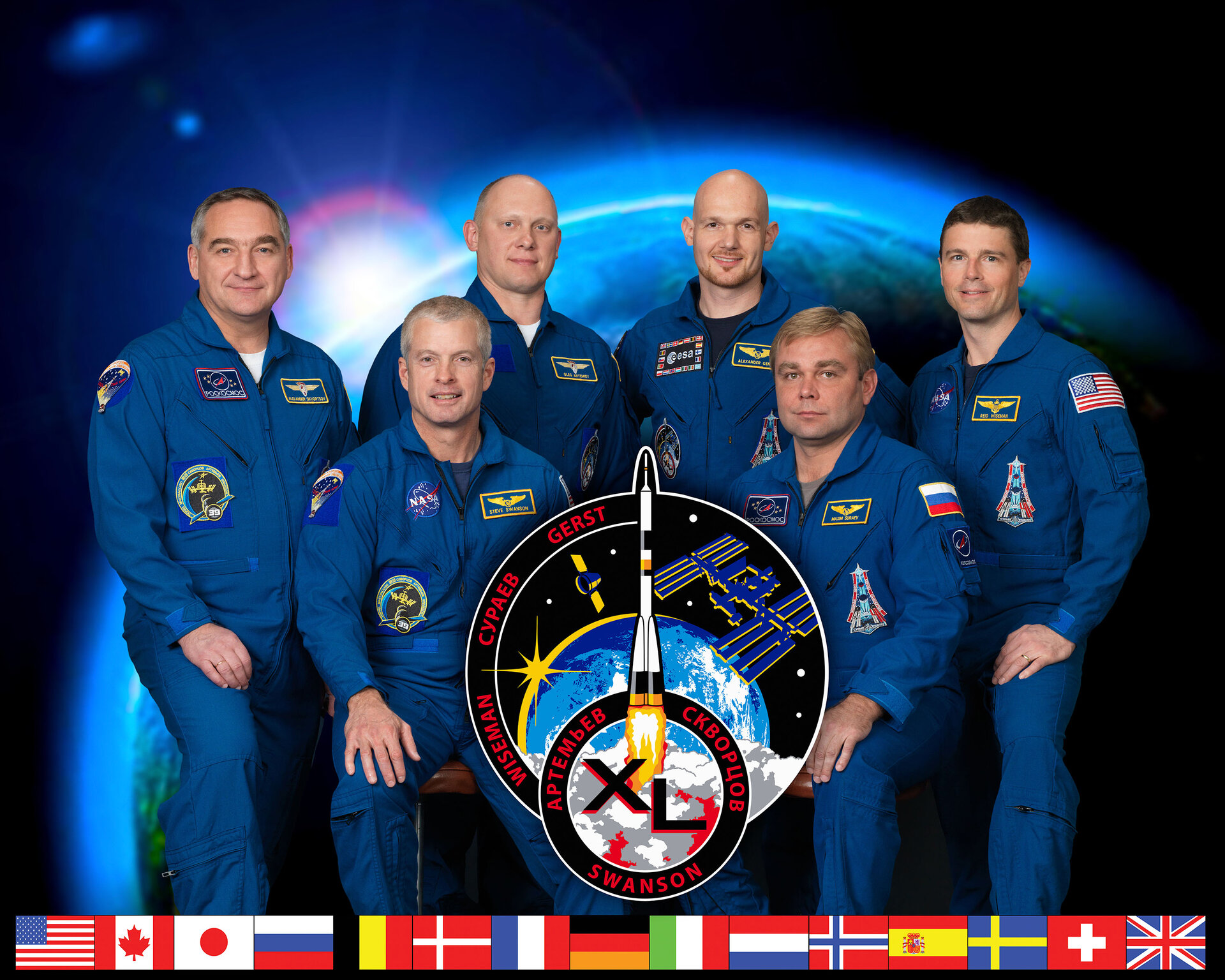 The six Expedition 40 crew members take a break from training to pose for their crew portrait.