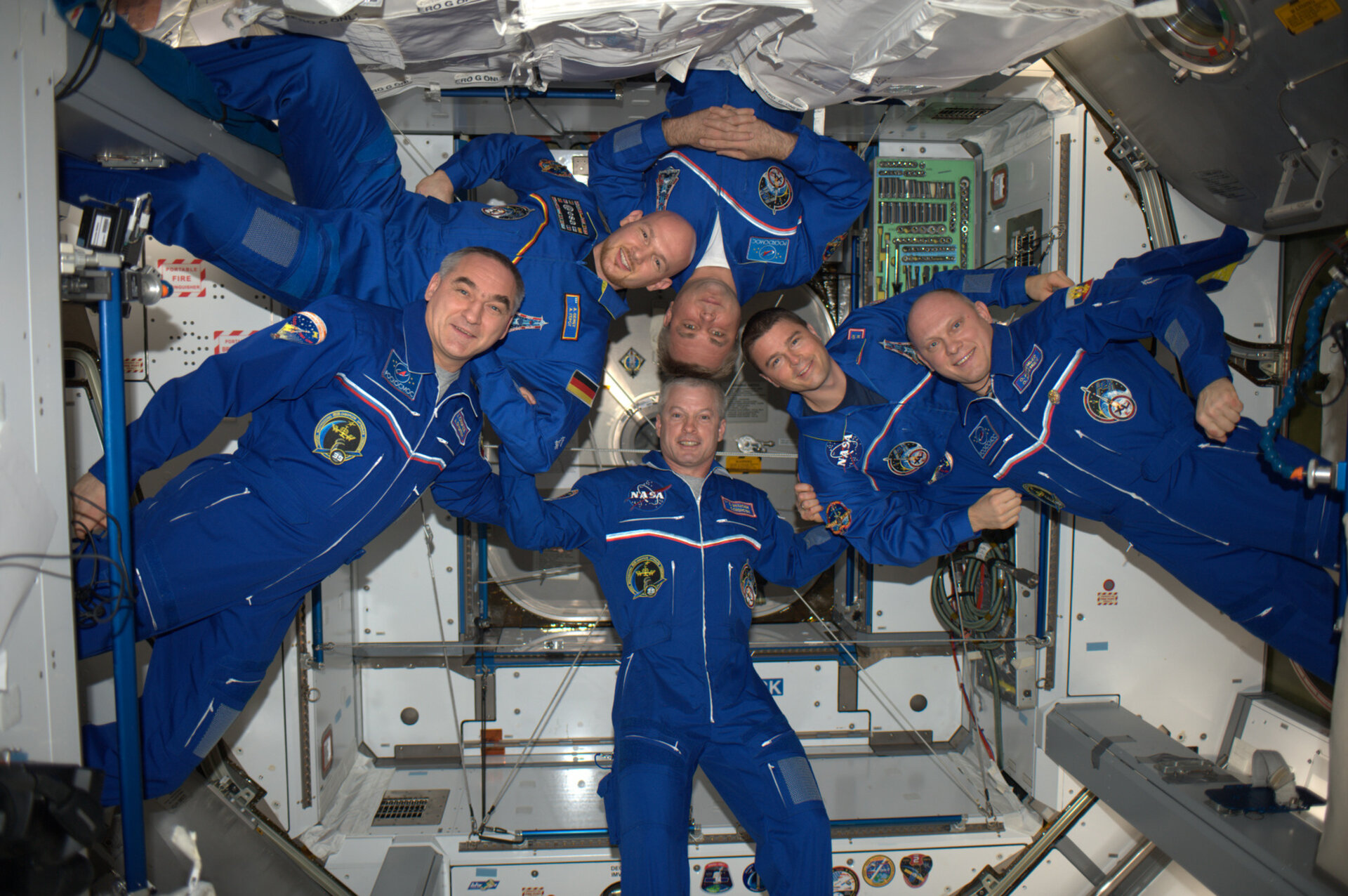 Expedition 40/41 astronauts on the International Space Station. Clockwise from 12:00: Maxim Suraev, Reid Wiseman, Oleg Artemyev, Steve Swanson, Alexander Skvortsov and Alexander Gerst. Shortly after this picture was taken Oleg, Steve and Alexander Skvortsov left the Station in their Soyuz spacecraft for Earth, leaving the others on their own in space for two weeks.