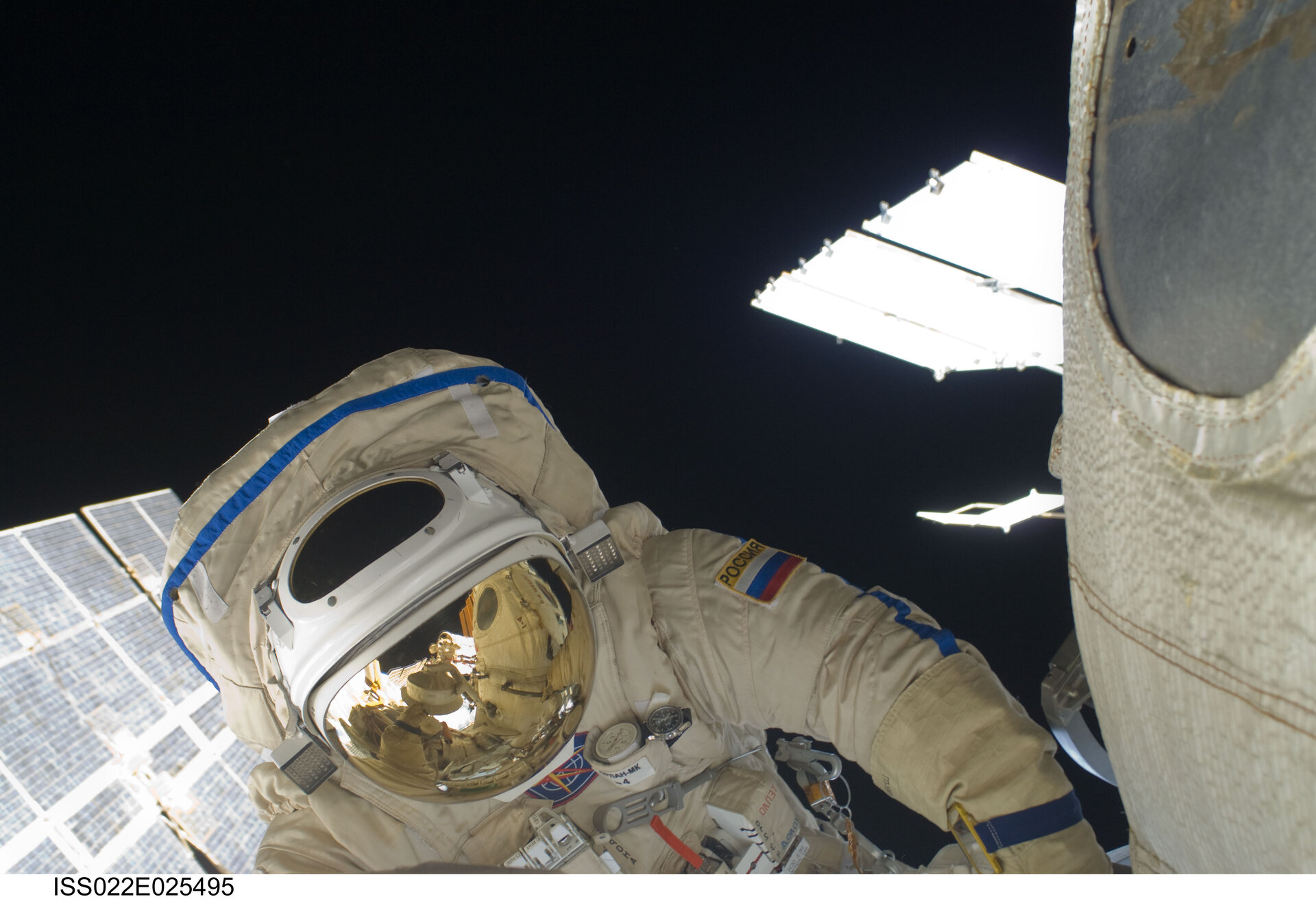 Russian cosmonaut Maxim Suraev during Expedition 22 spacewalk to maintain and construct the International Space Station. During the spacewalk, Maxim and colleague Oleg Kotov prepared the Mini-Research Module 2 (MRM2), known as Poisk, for future Russian vehicle dockings. Maxim and NASA astronaut Jeffrey Williams, commander, were the first to use the new docking port when they relocated their Soyuz TMA-16 spacecraft from the aft port of the Zvezda Service Module on 21 January 2010.