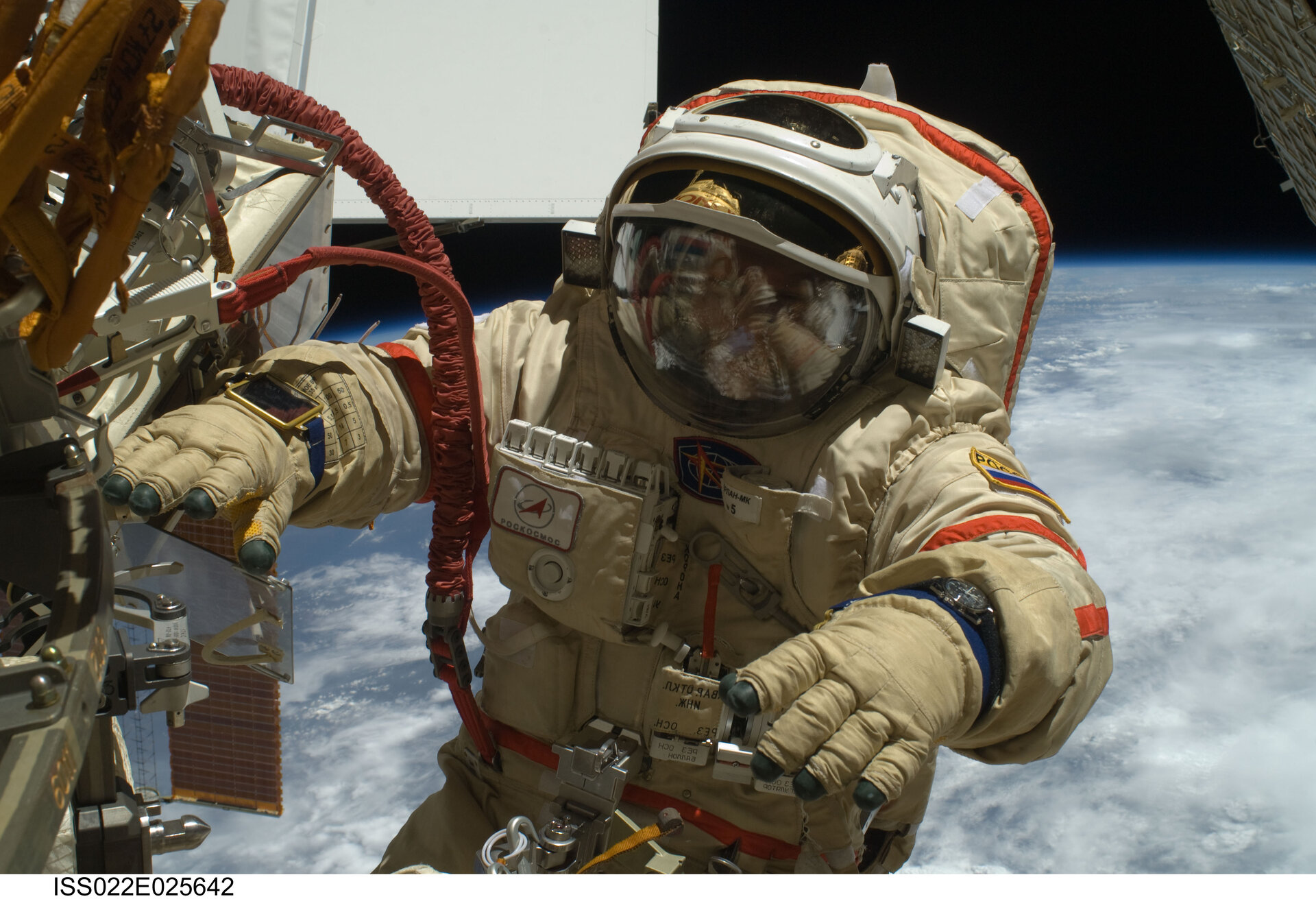 Cosmonaut Oleg Kotov as Expedition 22 flight engineer during a spacewalk to maintain the International Space Station.

During the spacewalk, Kotov and colleague prepared the Mini-Research Module 2 (MRM2), known as Poisk, for future Russian vehicle dockings

Oleg Kotov is a Colonel in the Russian air force and a specialist in space medicine. During his early career as a physician, he worked on altitude physiology and how spaceflight affects the human body.

The 47-year-old cosmonaut has two long-duration missions on the Space Station under his belt. He was flight engineer for Expedition 15 in 2007, and commander on Expedition 23 in 2010. During that mission, a Progress vehicle failed to adopt the proper attitude while it was approaching the Station, so Oleg took manual control and guided the spacecraft to dock with the Station, a first for a Progress docking.