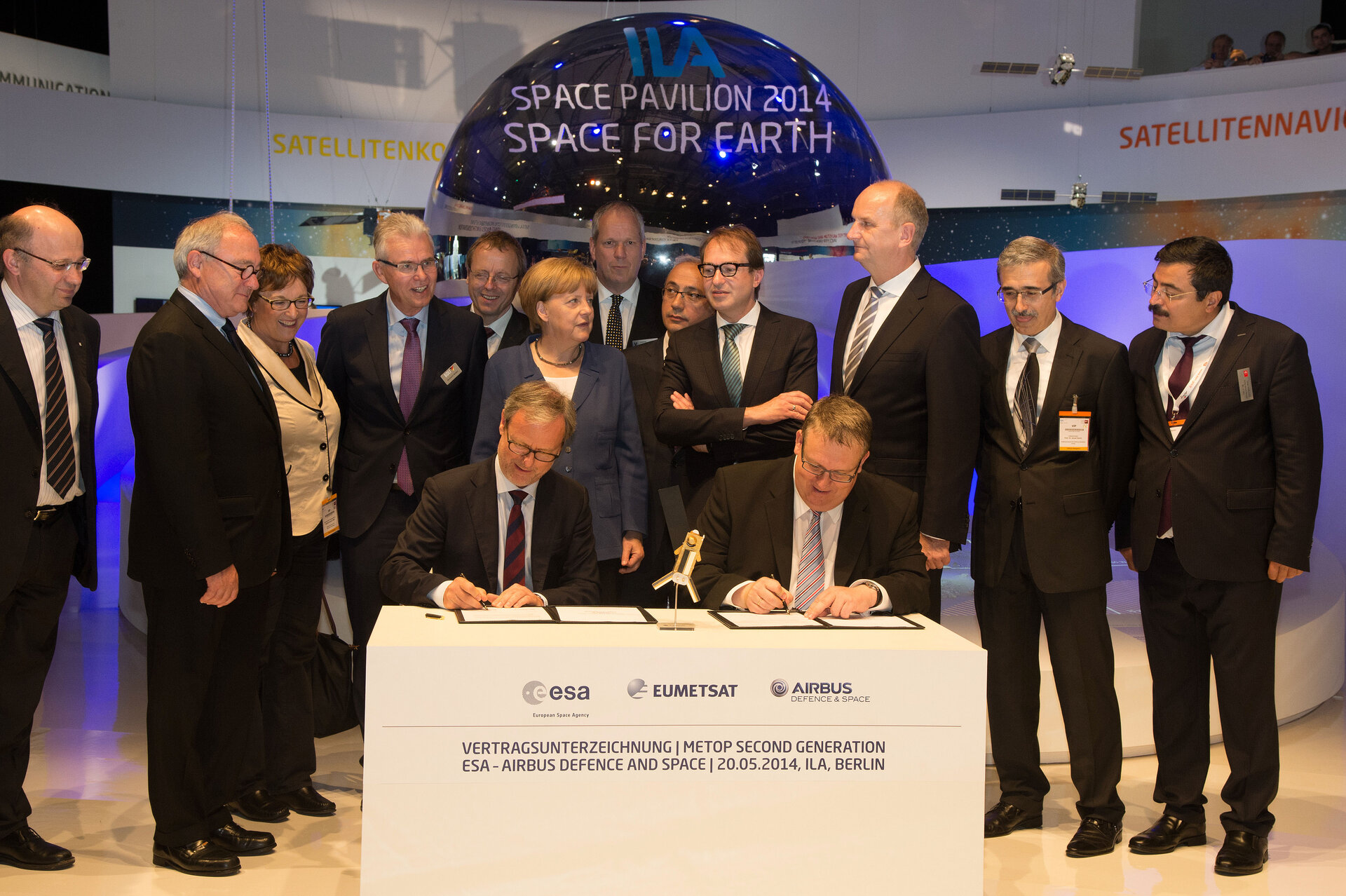 The first documents signalling the go-ahead for Europe’s fleet of MetOp Second Generation weather satellites were signed by Volker Liebig, ESA Director of Earth Observation Programmes, and Michael Menking, Head of Airbus Defence & Space’s Earth Observation, Navigation and Science Programmes at the Berlin Air Show on 20 May 2014. These important documents were signed in the presence of the German Chancellor Angela Merkel.

With the first contractual documents now signed, the ‘A’ satellites will be developed and built by Airbus Defence and Space in Toulouse, France, while the ‘B’ satellites will be developed and built at the company’s facilities in Friedrichshafen, Germany. However, under the leadership of Airbus Defence and Space, a large industrial consortium of many different companies around Europe will be involved.