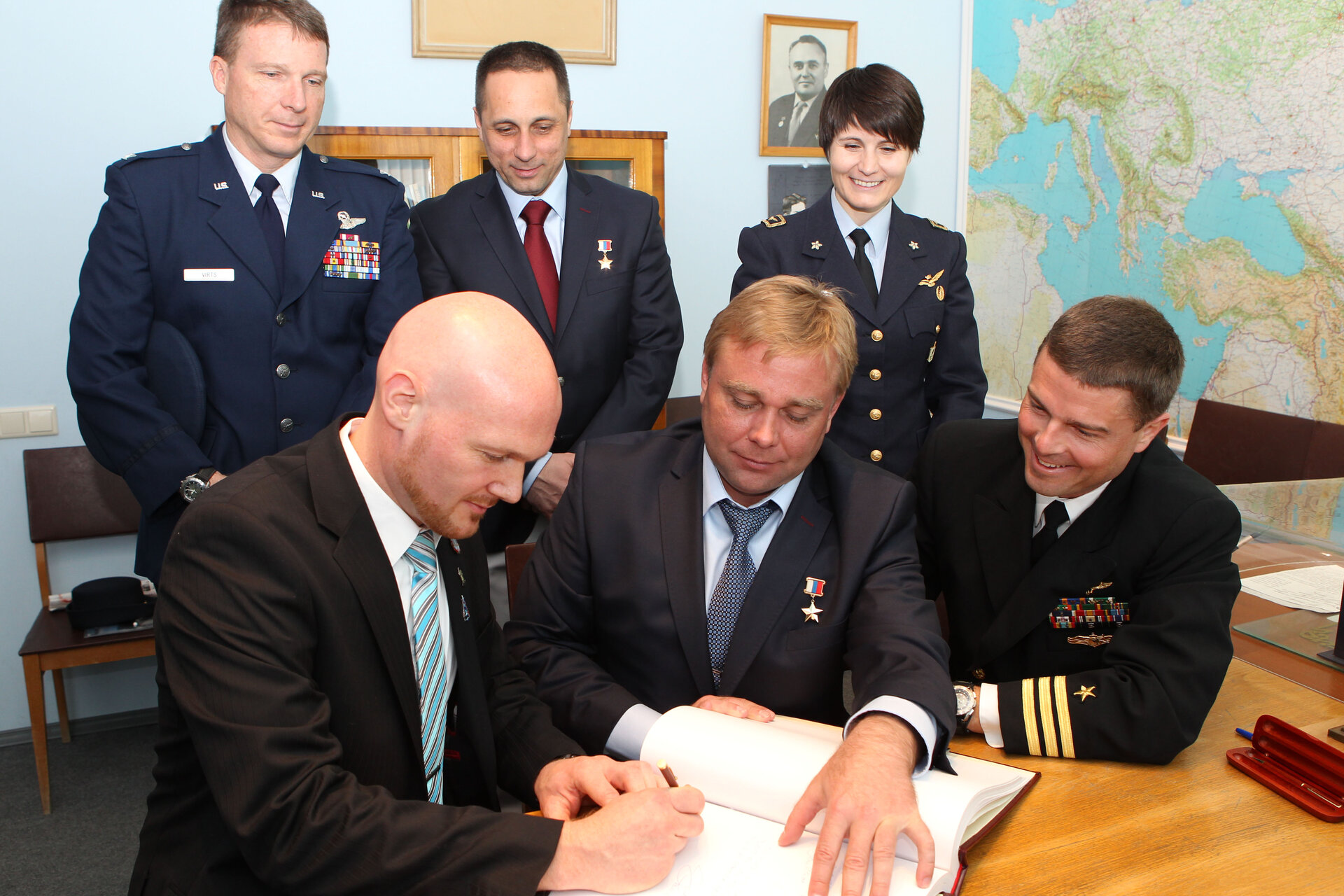 Signing the ceremonial book at the Gagarin museum

At the Gagarin Cosmonaut Training Center in Star City, Russia, Expedition 40/41 Flight Engineer Alexander Gerst of the European Space Agency (front row, left) signs a ceremonial book during a tour of the Gagarin Museum as his crewmates and their backups look on.

Wiseman, Gerst, and Suraev are preparing for launch on 28 May from the Baikonur Cosmodrome in Kazakhstan on the Soyuz TMA-13M spacecraft for a five and a half month mission on the International Space Station.