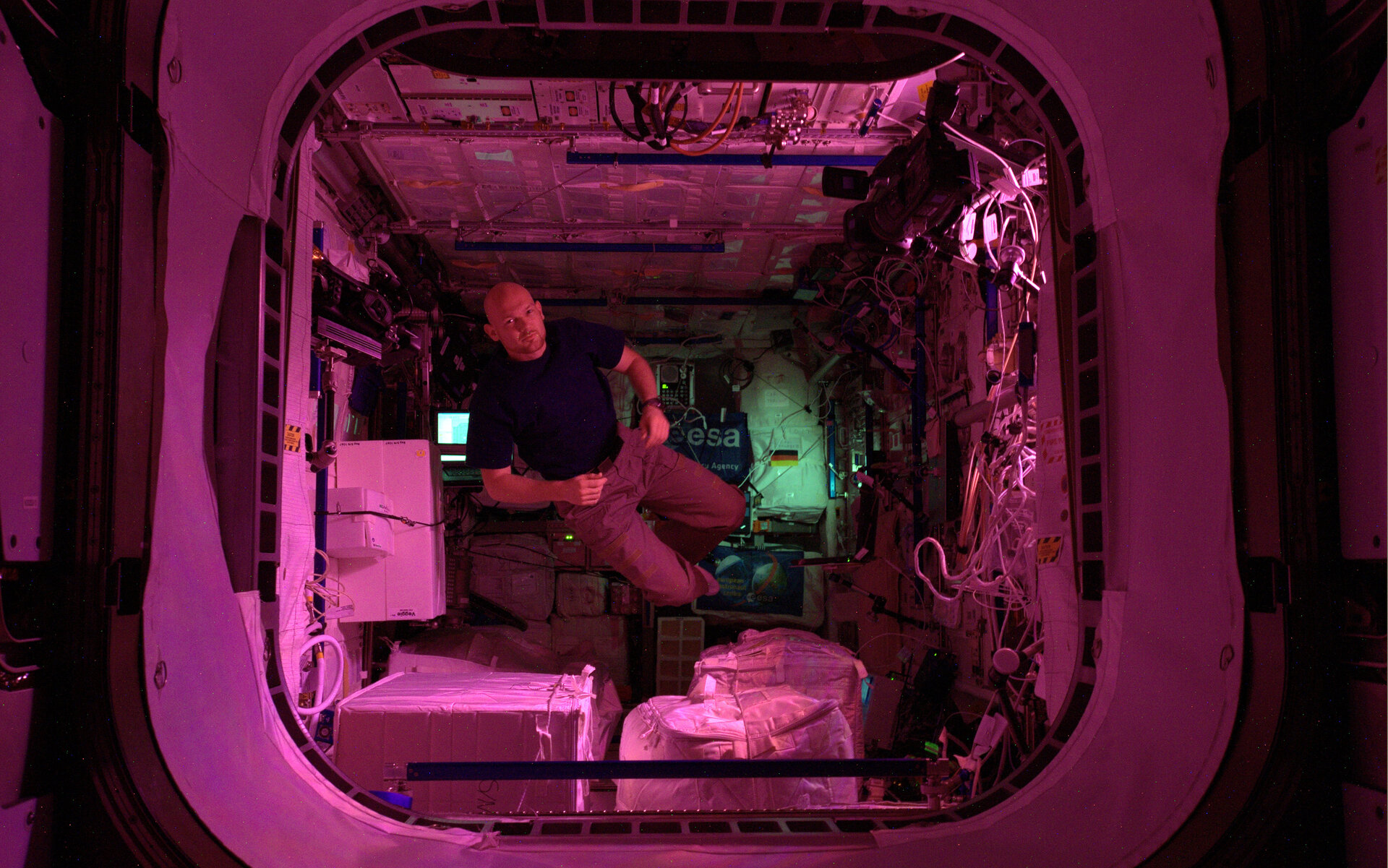 ESA astronaut Alexander Gerst floats inside the International Space Station’s European Columbus laboratory. The image was taken during his first flight in 2014.

The lights in the laboratory are dimmed to a pinkish glow during the crew’s off-duty time. Columbus houses NASA’s Veggie greenhouse, where researchers are growing lettuce in weightlessness. Previous experiments showed that red light is best for growing plants in space.

Veggie is already a favourite experiment for astronauts because it offers fresh food at the end of a harvest. Learning how to grow food in space is essential for longer trips further from Earth.

Nearly a decade ago, the Columbus laboratory set sail to become Europe’s largest single contribution to the International Space Station. Shortly after, the first Automated Transfer Vehicle – the most complex spacecraft ever built in Europe – arrived at the orbital outpost.

There is a lot to celebrate in 2018: the 10th anniversary of the Columbus laboratory and the Automated Transfer Vehicle series, plus Alexander’s second mission to the Space Station.

He will be launched in June on Soyuz MS-09 together with NASA astronaut Jeanette Epps and Russian cosmonaut Sergei Prokopyev. He will fulfil the role of commander during the second part of his six-month.

This is the second time a European astronaut will be commander of the Station – the first was Frank De Winne in 2009.