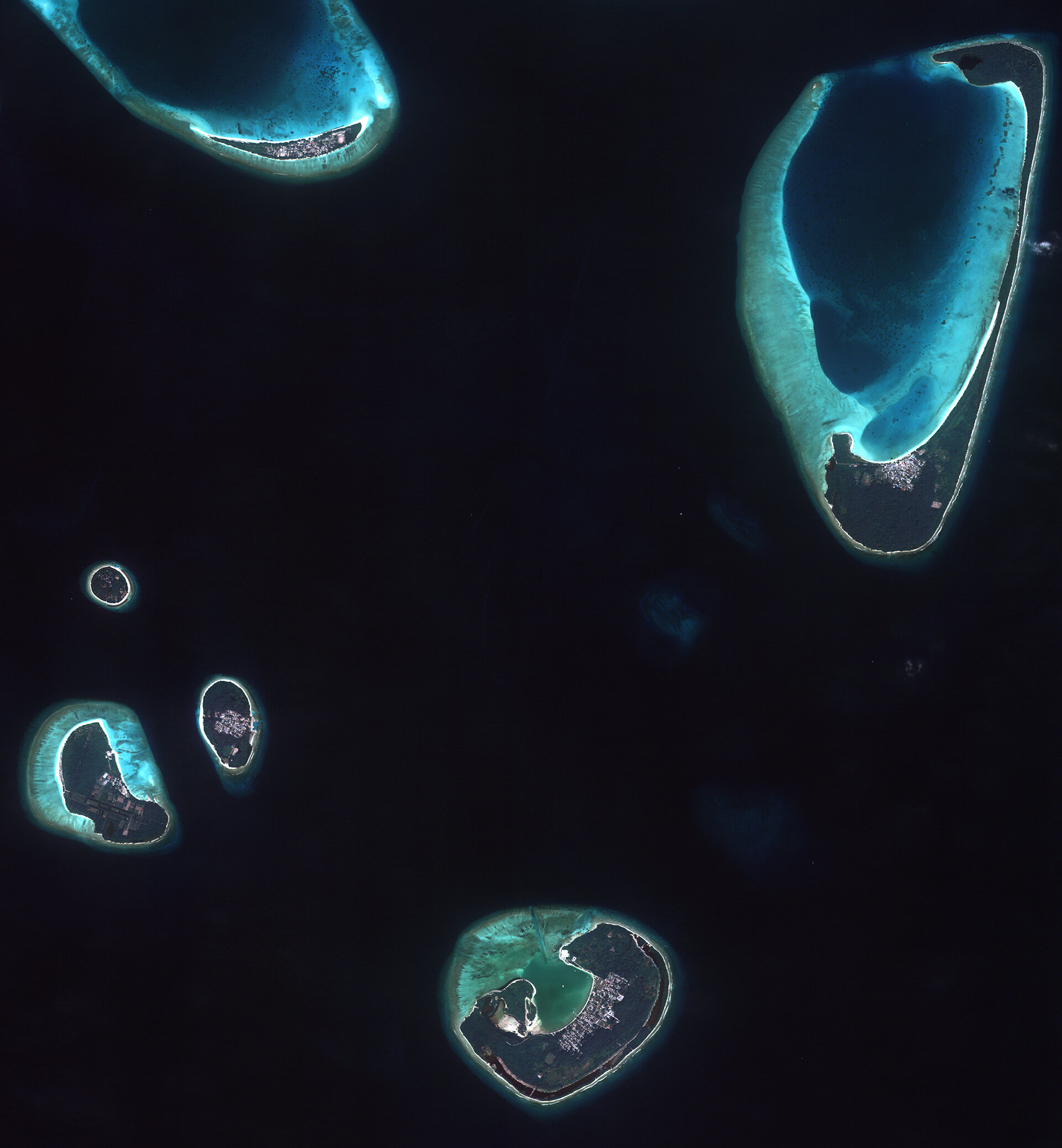 ‘Raise your voice, not the sea level’ is the theme for today’s World Environment Day.

As 2014 is the UN-designated International Year of Small Island Developing States, this year’s theme focuses on the effects of climate change on small islands.

Small islands and coastal areas are under threat from rising sea levels. An increase in global temperatures has accelerated the melting of glaciers and ice sheets. This influx of water together with thermal expansion is causing the global sea level to rise by about 3 mm a year.

Earth-observing satellites are continuously mapping global and regional sea-level change. Some of these spaceborne instruments collect data that can also be used to quantify the amount of water coming from various sources.

This image from the Kompsat-2 satellite, acquired on 9 January 2011, shows islands of the Haa Alif Atoll in northern Maldives. Maldives is a member of the Alliance of Small Island States, and is one of the world’s most vulnerable nations to the effects of climate change.