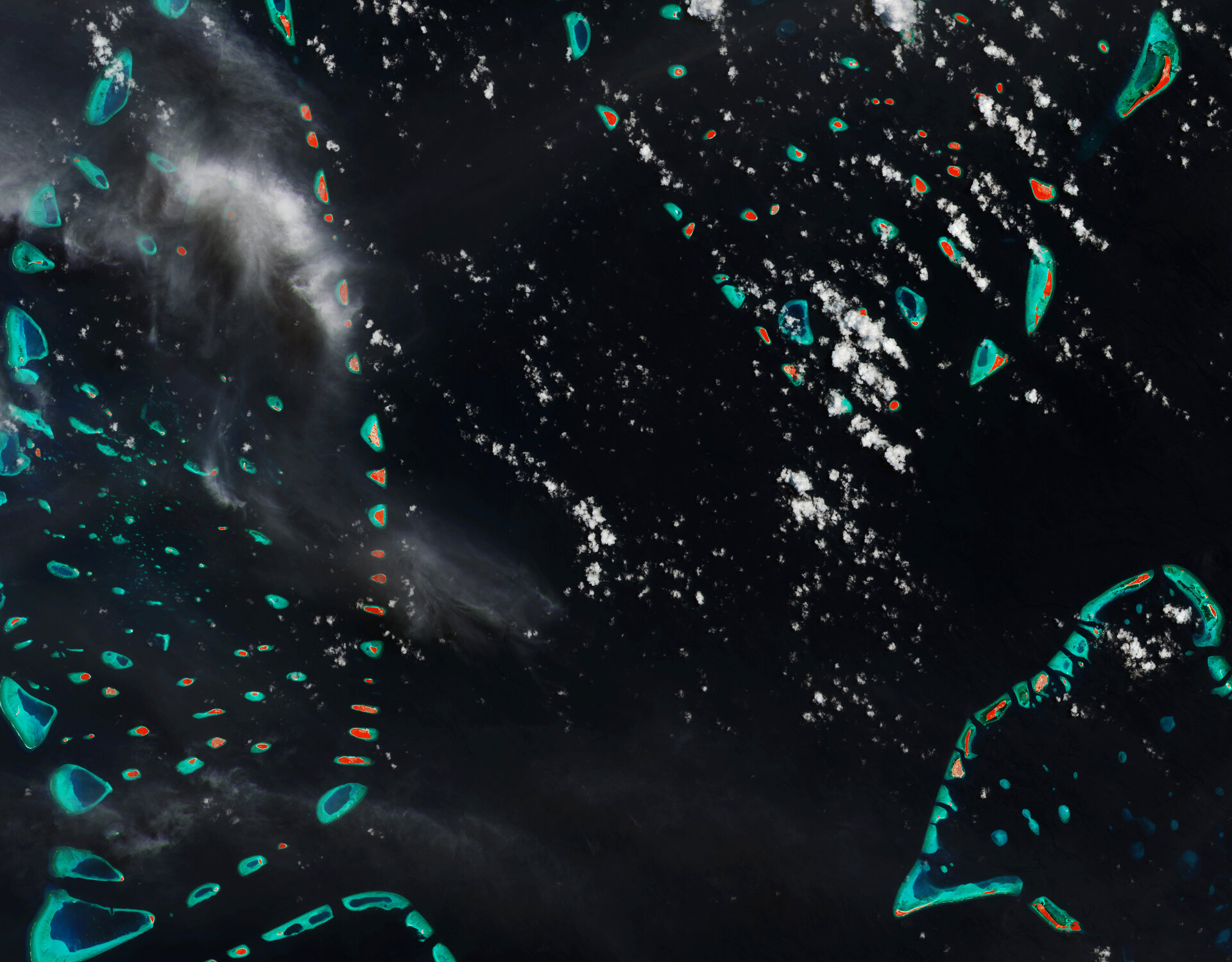 Jewels of the Maldives

Copernicus Sentinel-2 brings you some of the jewels of the Maldives for Valentine’s week. Arguably one of the most romantic destinations in the world, the Maldives lie in the Indian Ocean about 700 km southwest of Sri Lanka. The nation is made up of more than 1000 coral islands spread across more than 20 ring-shaped atolls.

A number of these little islands can be seen in the image, with the turquoise colours depicting clear shallow waters dotted by coral reefs and the red colours highlighting vegetation on land. Different cloud formations can also be seen, the difference in appearance is likely to be due to the different height above the surface.

Like many low-lying islands, the Maldives are particularly vulnerable to sea-level rise. In fact, the Maldives are reported to be the flattest country on Earth, with no ground higher than 3 m and 80% of the land lying below 1 m. With satellite records showing that over the past five years, the global ocean has risen, on average, 4.8 mm a year, rising seas are a real threat to these island jewels.

With the promise of white sandy beaches, azure ocean waters and coral reefs, this romantic getaway draws more than 600 000 tourists every year. While tourism is extremely important for the national economy, development on these pristine islands create pressures, such as ensuring an adequate supply of freshwater, treating sewage and potential pollution entering the ocean. Other environmental issues facing the Maldives include the loss of habitats of endangered species and the damage to the coral reefs.

The Maldives are undoubtedly fragile but one of the most beautiful places on the planet, and a place to be loved and cherished now and in the future. Valentine’s Day reminds us of love and maybe this year and beyond it’s good to remember to love our planet.

This image, which was captured on 26 August 2015, is also featured on the Earth from Space video programme.