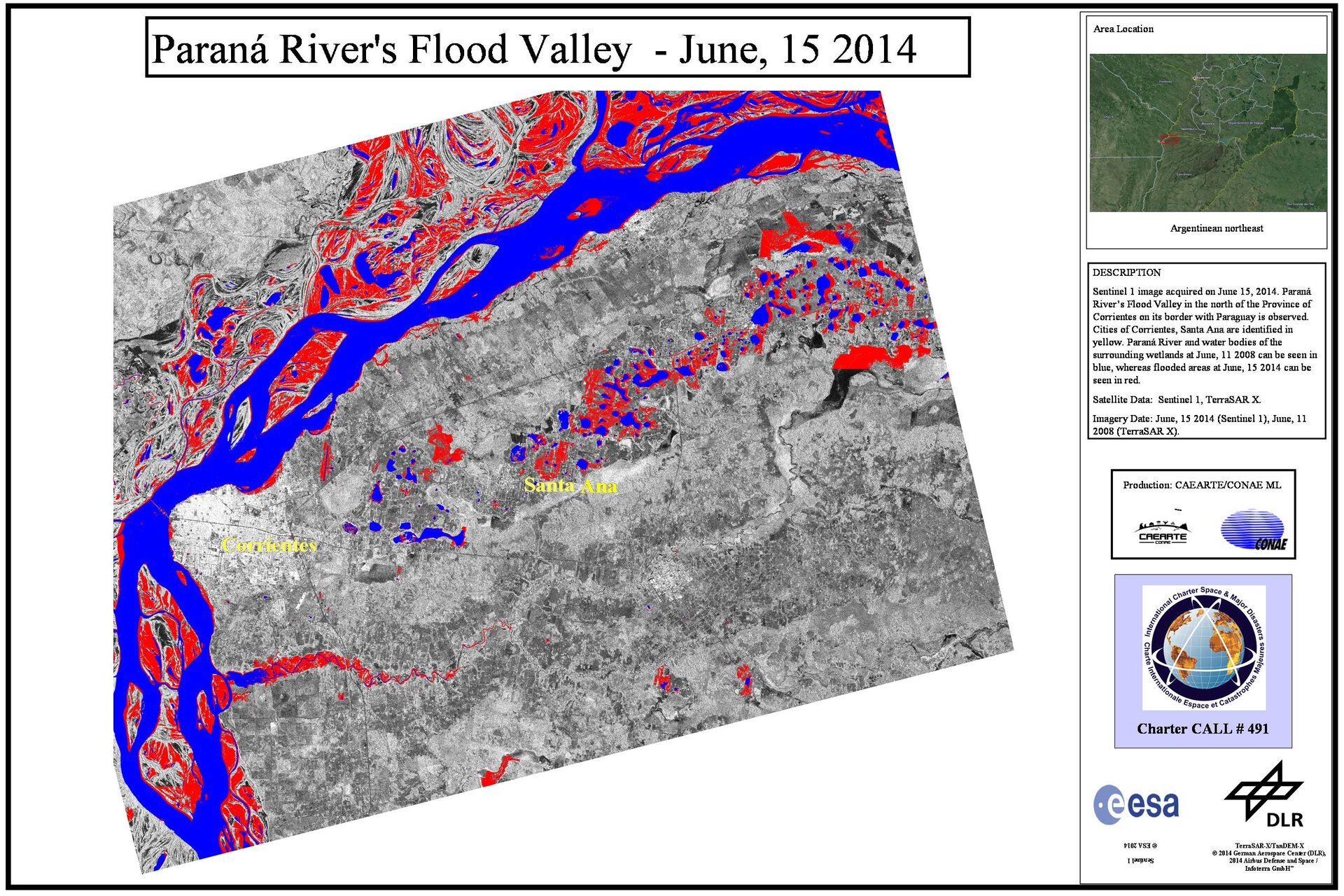 Map of flood extent on the Paraná River in northern Argentina near the border with Paraguay. Water bodies and surrounding wetland areas observed by the German TerraSAR-X satellite on 11 June 2008 are coloured blue, while recently flooded areas imaged by Sentinel-1A on 15 June 2014 appear in red.

This map was produced following an activation of the International Charter Space and Major Disasters. More information.

The radar on Sentinel-1 is able to ‘see’ through clouds, rain and in darkness, making it particularly useful for monitoring floods. Images acquired before and after a flood offer immediate information on the extent of inundation and support assessments of property and environmental damage.