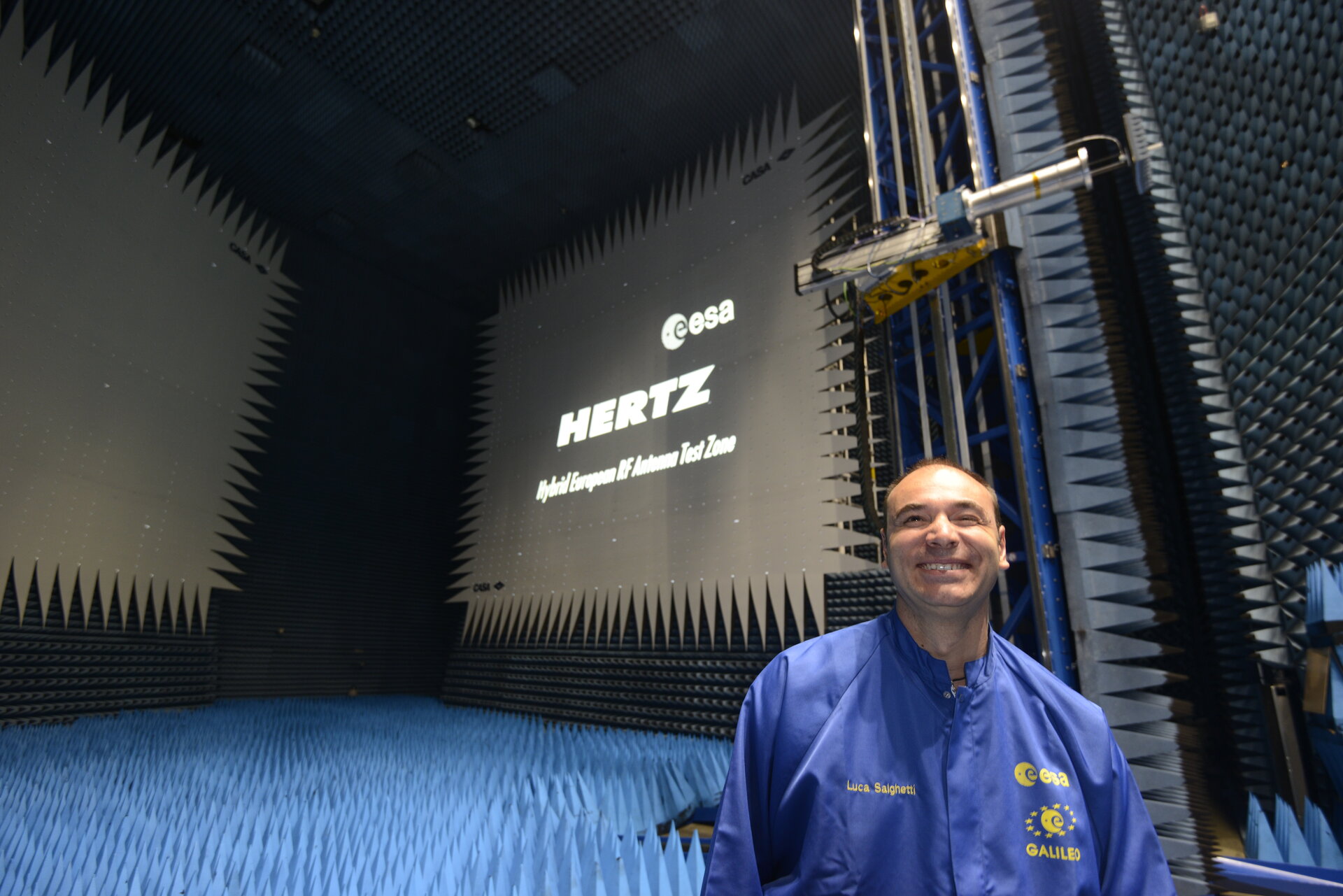 Announcing it, the new name is shone onto the reflectors normally used to change the shape of the signals from test antennas, as if they originated from far away across space.

A new name was sought after the redesigned facility – used to test large space antennas at ESA’s Technology Centre in Noordwijk, the Netherlands – gained the ability to perform both ‘far-field’ and ‘near-field’ signal measurements, thanks to the addition of a versatile Near-Field Scanner.

More than 240 suggestions were received from around Europe and the world, from both inside the space industry and the general public.

The winning suggestion came from someone who works with the new Hertz chamber on a regular basis: ESA antenna engineer Luca Salghetti Drioli, seen right.

“Hertz is the unit of frequency, of course, used all the time within the chamber,” explains Luca. “This unit is named in turn for pioneering physicist Heinrich Hertz.

“ESTEC already has a chamber named after James Clark Maxwell, who came up with the theory of electromagnetic waves, so it seemed right to honour the man whose name is associated with the fundamental unit of frequency.

“And taking the name Hertz we can include the word ‘Hybrid’ in the acronym. The refitted chamber’s ability to support two measurement types is a first for Europe.”