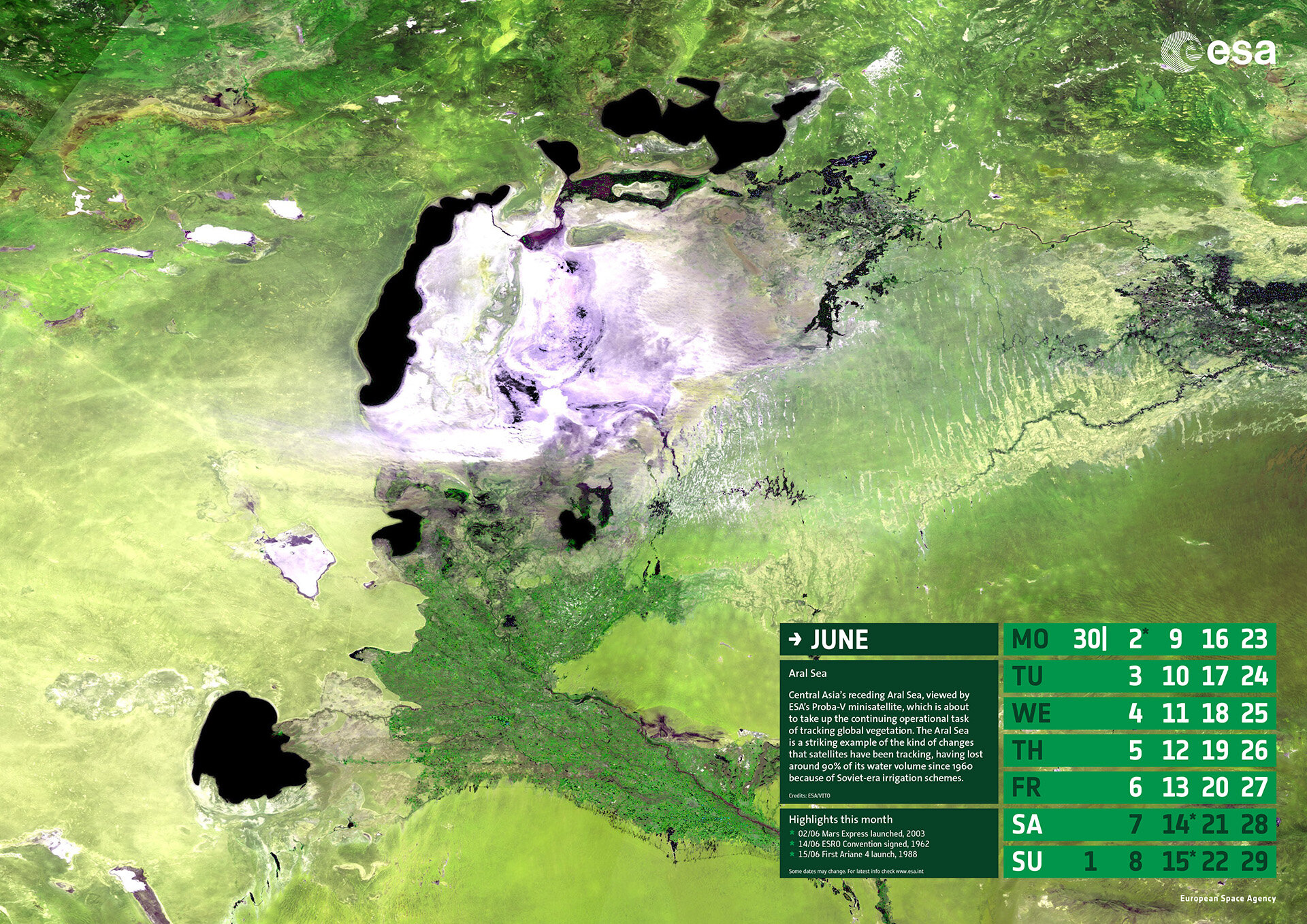 Central Asia’s receding Aral Sea, viewed by ESA’s Proba-V minisatellite, which is about to take up the continuing operational task of tracking global vegetation. The Aral Sea is a striking example of the kind of changes that satellites have been tracking, having lost around 90% of its water volume since 1960 because of Soviet-era irrigation schemes.