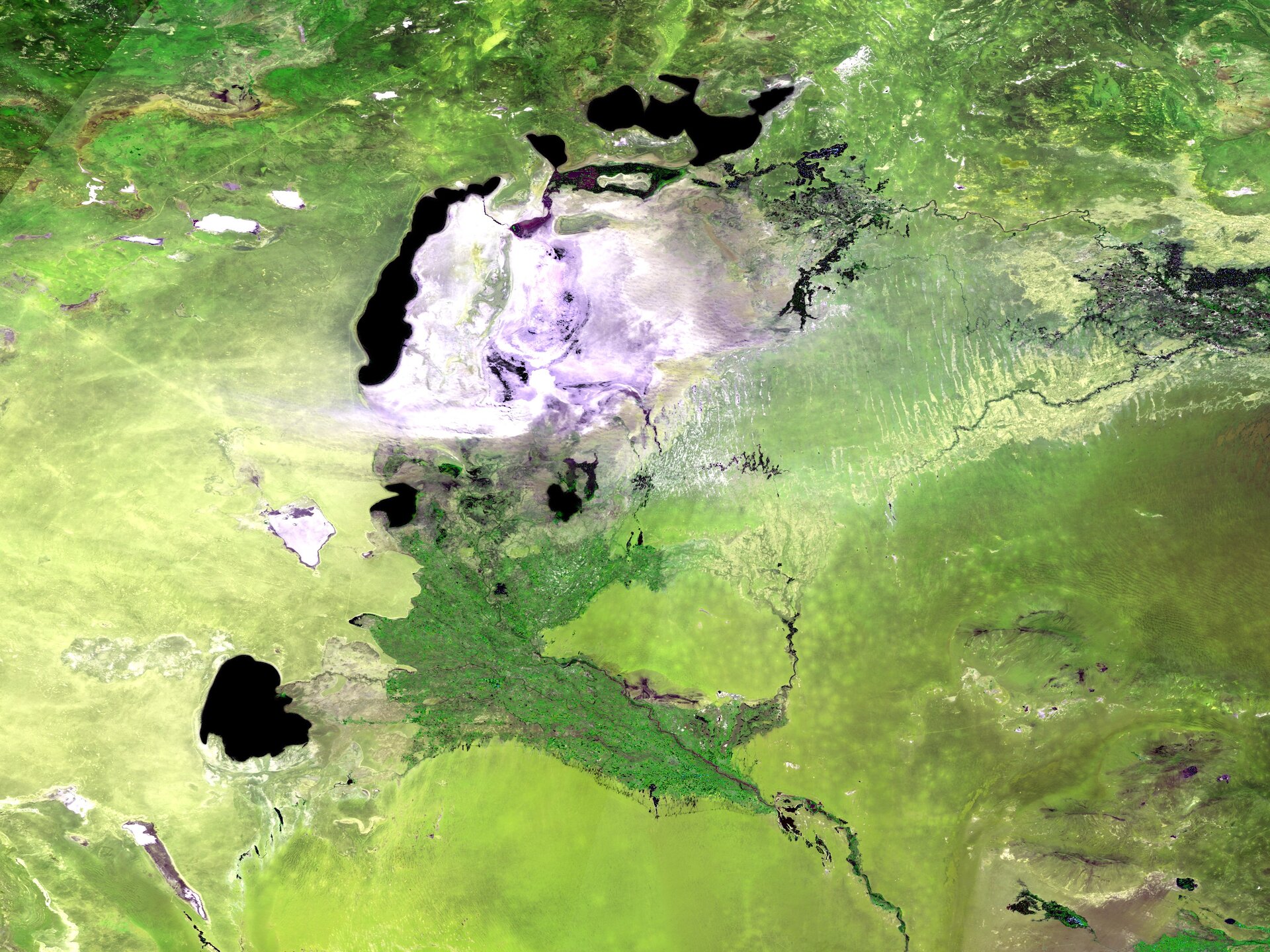 Central Asia’s receding Aral Sea, viewed by ESA’s Proba-V minisatellite, which is about to take up the continuing operational task of tracking global vegetation.

For the last 16 years the Vegetation cameras on France’s full-sized Spot-4 and Spot-5 satellites have been tracking vegetation change on a global basis.

But on 1 June the torch will be passed to Proba-V, ensuring that the Vegetation dataset will remain available to environmental scientists across the world.

The Aral Sea is a striking example of the kind of changes the satellite series has been tracking. Once the world’s fourth-largest inland water body, it has lost around 90% of its water volume since 1960 because of Soviet-era irrigation schemes.

The lake is located on the borders of Kazakhstan and Uzbekistan. The World Bank and Kazakhstan worked together to build the Kok-Aral dike to stabilise the northern section of the Aral Sea.

The Aral Sea’s southern section was beyond saving, however, and is projected to dry out completely by the end of this decade.

Acquired on 13 May 2014, the 300 m-resolution Proba-V image depicts the white salt terrain left behind by the southern Aral Sea receding, now called the Aral Karakum Desert. The greenery to the south is cultivated land irrigated by the Amu Darya river.