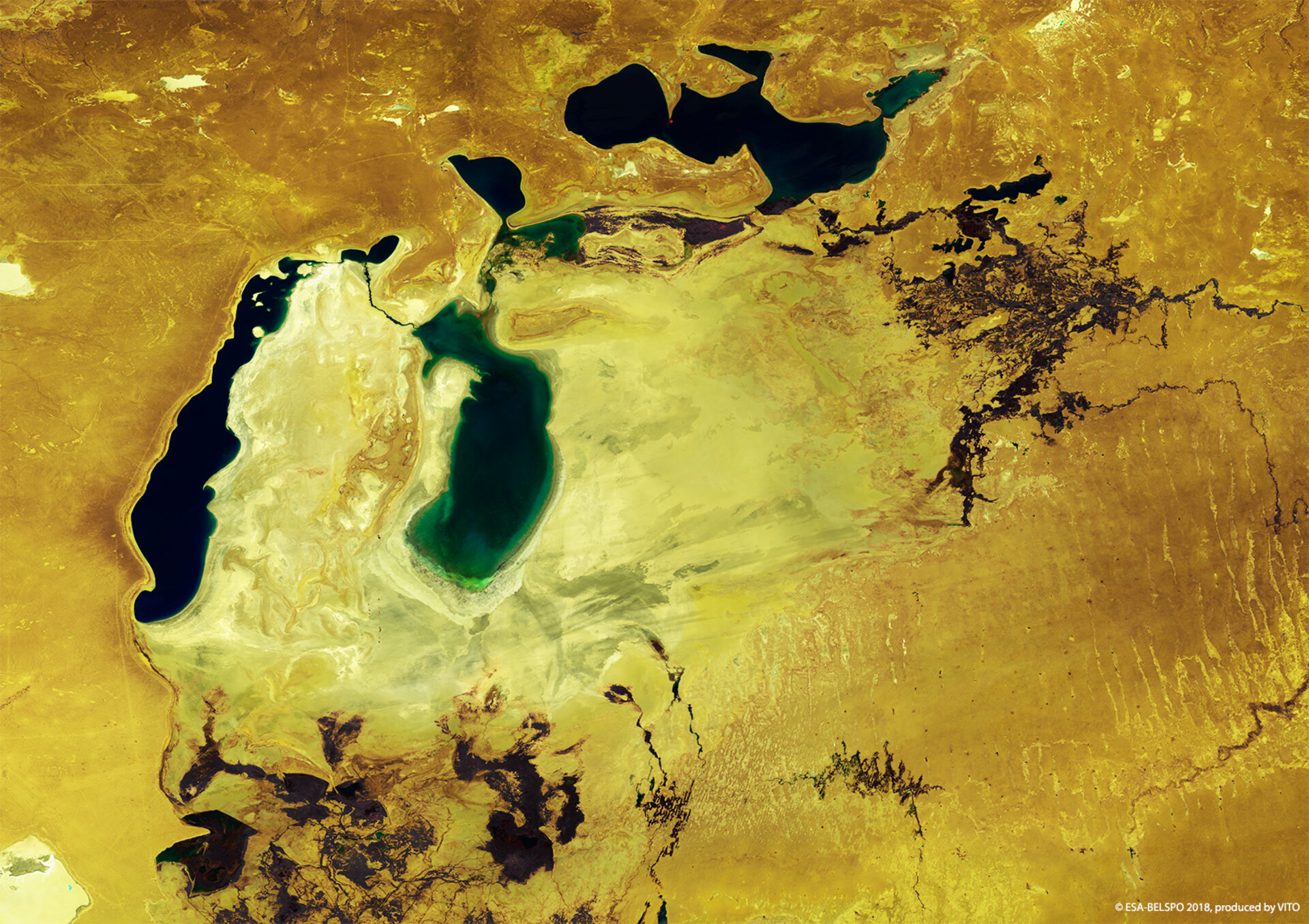 This Proba-V view shows all that is left of the Aral Sea, once one of the four largest lakes in the world and now one of the world’s major ecological disaster areas. It has shrunk into separate lakes, surrounded by Earth’s youngest desert.

The Aral Sea was once a large land-locked lake between Kazakhstan in the North and Uzbekistan in the South, possessing an area of 68 000 sq. km – twice that of Belgium.

However, the Aral Sea has dramatically shrunk since the 1960s when Soviet irrigation projects diverted water from the rivers supplying it. By the 2000s, the lake had shrunk to about 10% of its original size and by 2014 the horseshoe-shaped Southern Lake had virtually dried up.

Groundwater levels also fell, vegetation was laid waste and a once-thriving fishing industry collapsed. The exposed lakebed formed the newly-christened Aralkum Desert, spawning pesticide-laced sandstorms that can reach as far as the Himalayas.

Efforts to stabilise the situation are ongoing, including the replanting of hardy vegetation to reduce sandstorms. In 2005, the Kok-Aral Dam was completed to restore water levels in the Northern Lake – located at its bottom-east side. In addition, a sluice is periodically opened to replenish the Southern Lake.