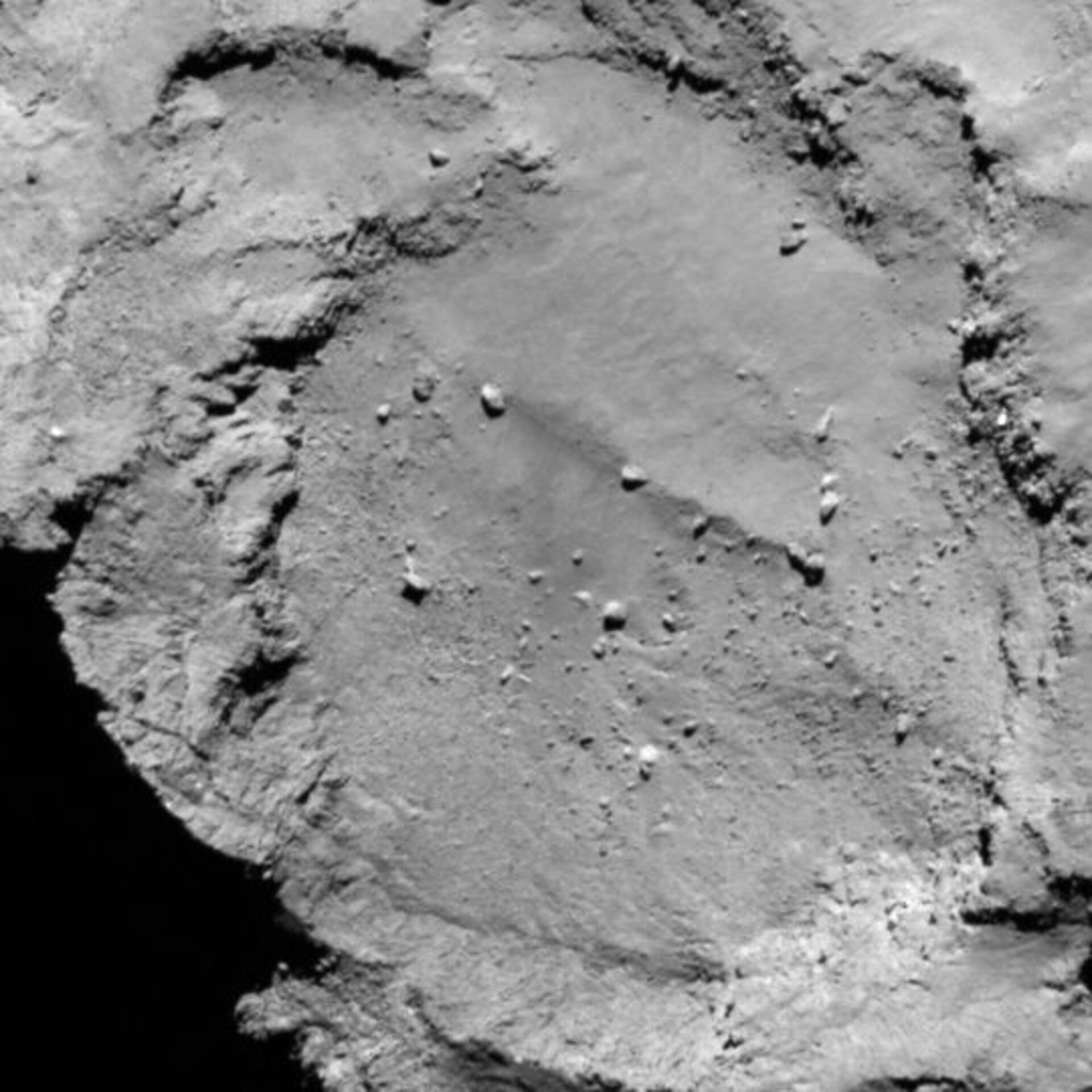 This image shows a zoom into candidate site B, which is located within the crater-like structure on the smaller lobe. This site is considered relatively safe for landing given the flat terrain, but illumination conditions may pose a problem when considering the longer-term science planning of the lander. Higher-resolution imaging will be used to assess the boulder hazards in more detail. In addition, the boulders are also thought to represent more recently processed material and therefore this site may not be as pristine as other sites.