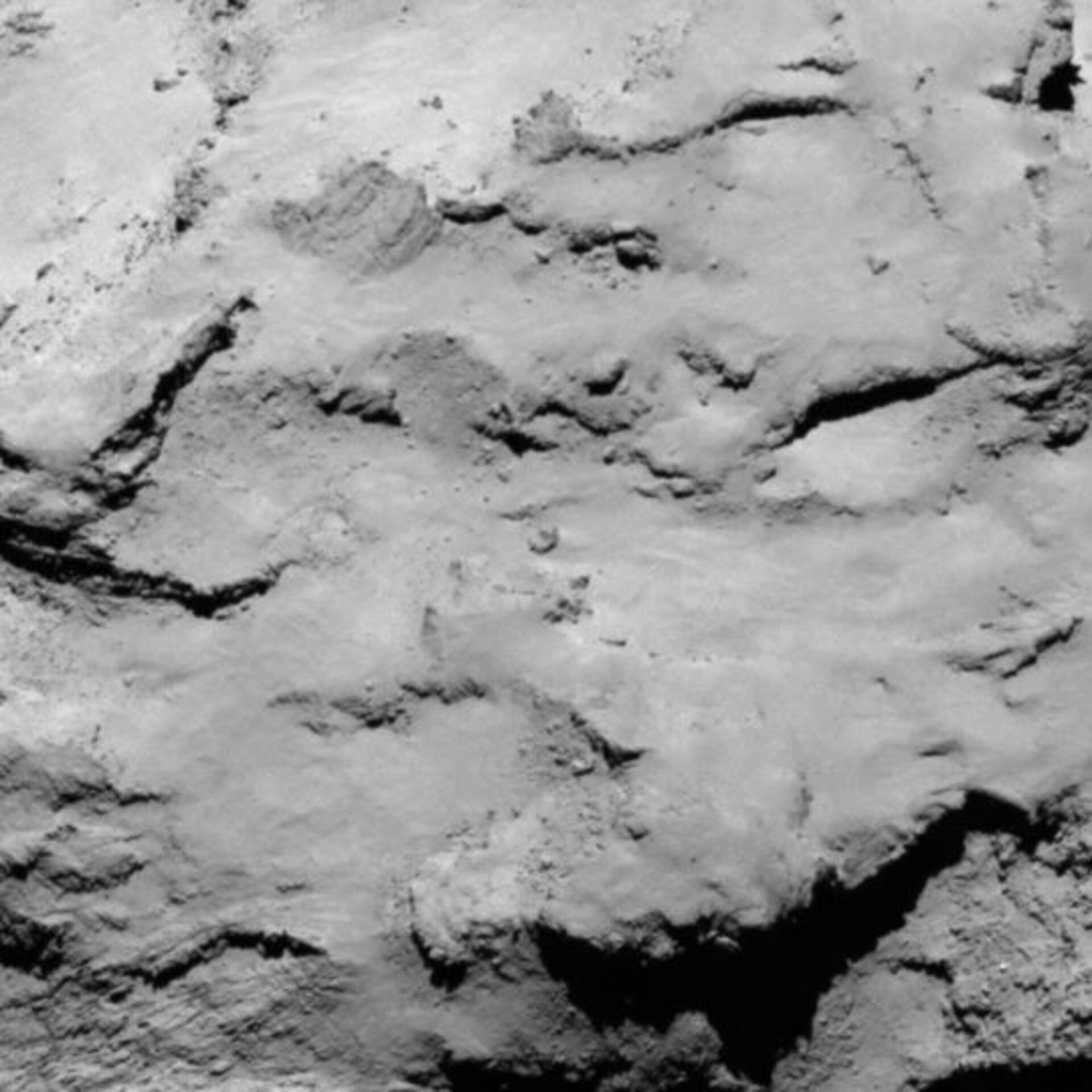 This image shows a zoom into candidate site I, which is located on the smaller lobe of the comet. It is a relatively flat area that may contain some fresh material, but higher-resolution imaging is needed to assess the extent of the rough terrain. The illumination conditions would also allow for longer-term science planning.

The image was taken with Rosetta’s OSIRIS  narrow angle camera on 16 August, from a distance of about 100 km. The frame is about 1 km across and is centred on the mid-point of the landing ellipse. The image resolution is 1.85 m per pixel.

The letter designation does not indicate a ranking; this will be completed on 14 September when a primary and back up site will be selected. Philae’s landing is provisionally planned for 11 November; the date will be confirmed in mid-October.