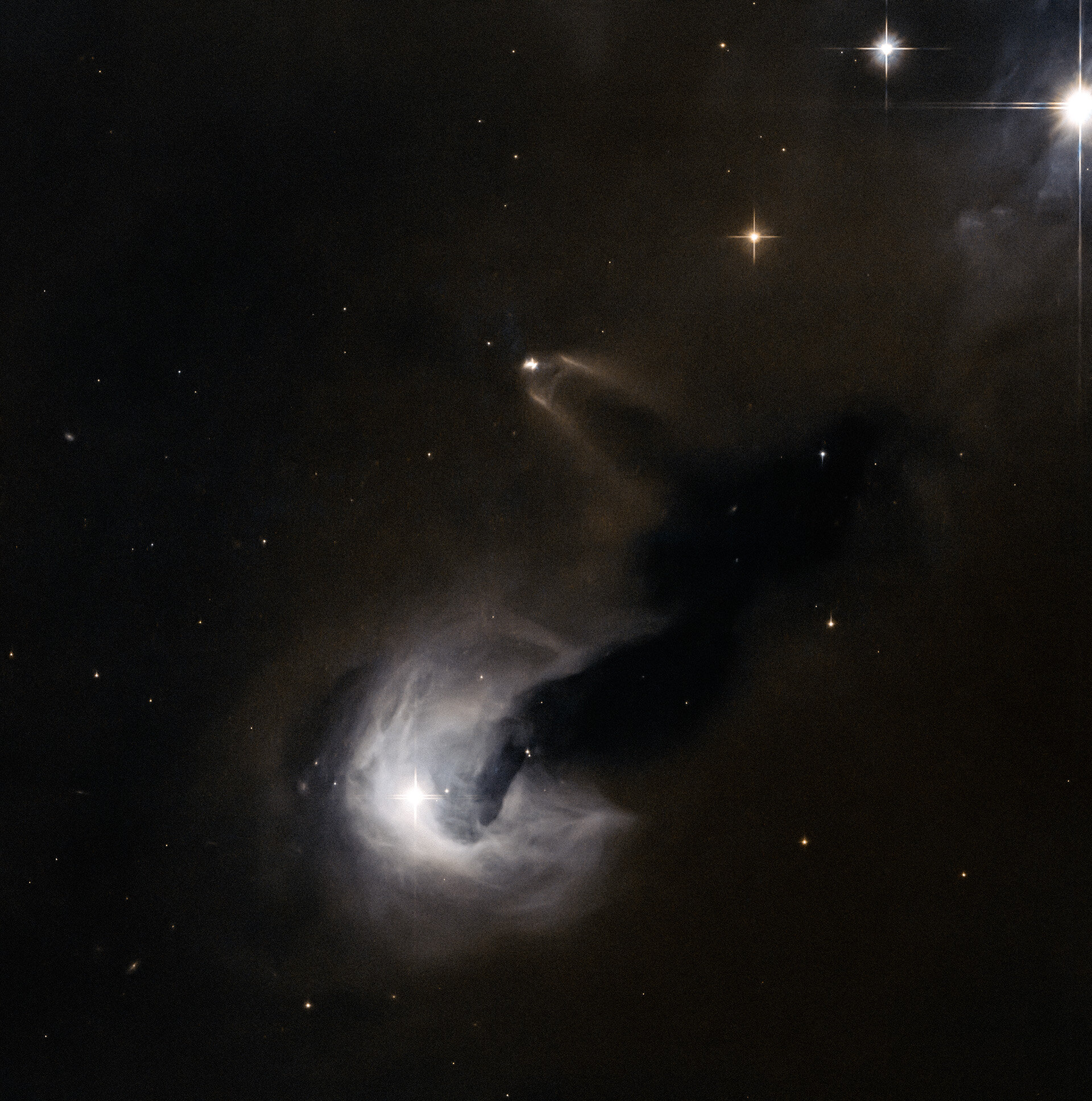 Surrounded by bright stars, towards the upper middle of the frame we see a small young stellar object (YSO) known as SSTC2D J033038.2+303212. Located in the constellation of Perseus, this star is in the early stages of its life and is still forming into a fully grown star. In this view from Hubble’s Advanced Camera for Surveys (ACS) it appears to have a murky chimney of material emanating outwards and downwards, framed by bright bursts of gas flowing from the star itself. This fledgling star is actually surrounded by a bright disc of material swirling around it as it forms — a disc that we see edge-on from our perspective.

However, this small bright speck is dwarfed by its cosmic neighbour towards the bottom of the frame, a clump of bright, wispy gas swirling around as it appears to spew dark material out into space. The bright cloud is a reflection nebula known as [B77] 63, a cloud of interstellar gas that is reflecting light from the stars embedded within it. There are actually a number of bright stars within [B77] 63, most notably the emission-line star LkHA 326, and its very near neighbour LZK 18.

These stars are lighting up the surrounding gas and sculpting it into the wispy shape seen in this image. However, the most dramatic part of the image seems to be a dark stream of smoke piling outwards from [B77] 63 and its stars — a dark nebula called Dobashi 4173. Dark nebulae are incredibly dense clouds of pitch-dark material that obscure the patches of sky behind them, seemingly creating great rips and eerily empty chunks of sky. The stars speckled on top of this extreme blackness actually lie between us and Dobashi 4173.