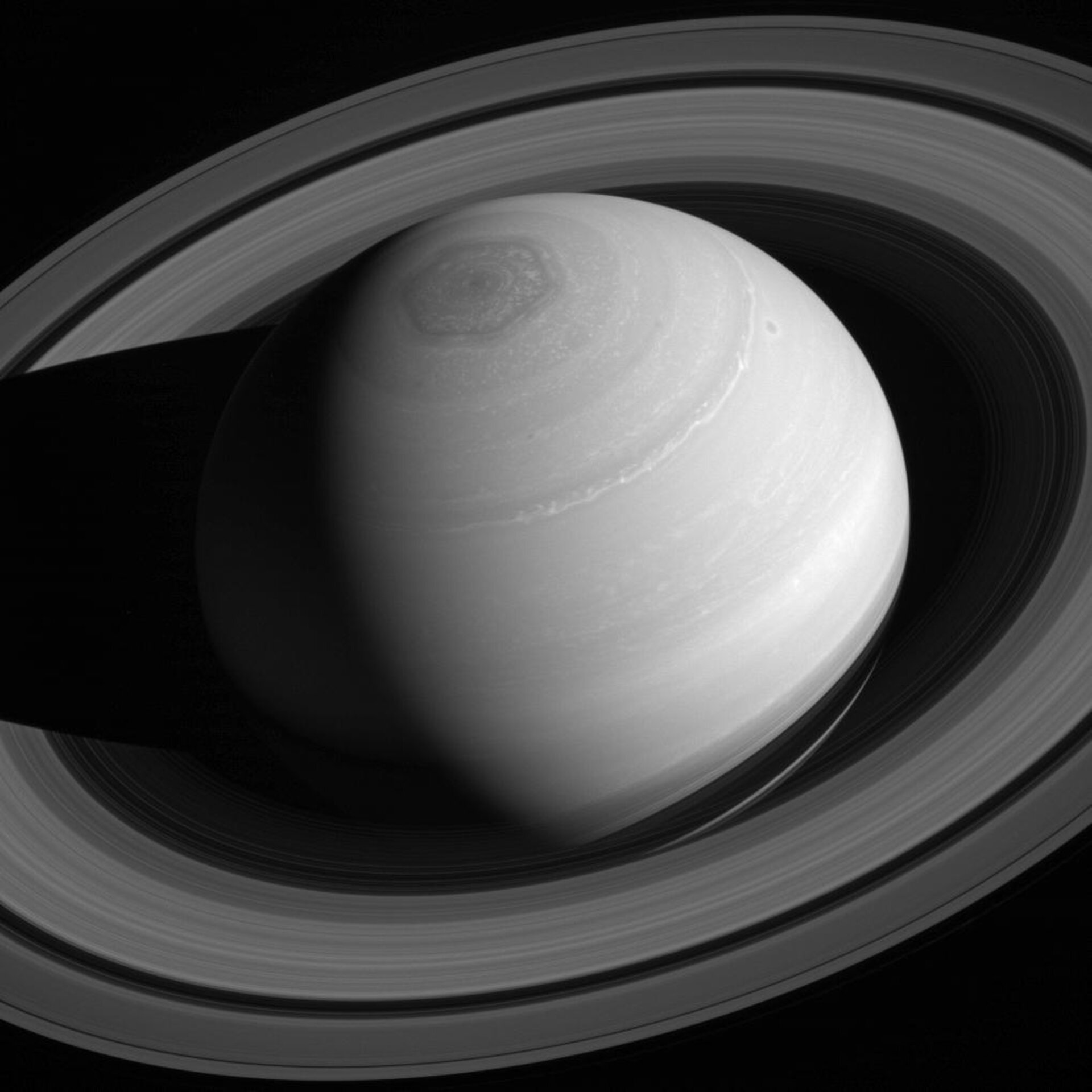 Saturn reigns supreme, encircled by its retinue of rings.
Although all four giant planets have ring systems, Saturn's is by far the most massive and impressive. Scientists are trying to understand why by studying how the rings have formed and how they have evolved over time.
Also seen in this image is Saturn's famous north polar vortex and hexagon.
This view looks toward the sunlit side of the rings from about 37 degrees above the ringplane. The image was taken with the Cassini spacecraft wide-angle camera on 4 May 2014 using a spectral filter which preferentially admits wavelengths of near-infrared light centered at 752 nanometers.
The view was acquired at a distance of approximately 3 million kilometres from Saturn. Image scale is 180 kilometres per pixel.
The Cassini-Huygens mission is a cooperative project of NASA, the European Space Agency and the Italian Space Agency. The Jet Propulsion Laboratory, a division of the California Institute of Technology in Pasadena, manages the mission for NASA's Science Mission Directorate in Washington. The Cassini orbiter and its two onboard cameras were designed, developed and assembled at JPL. The imaging team is based at the Space Science Institute, Boulder, Colo.