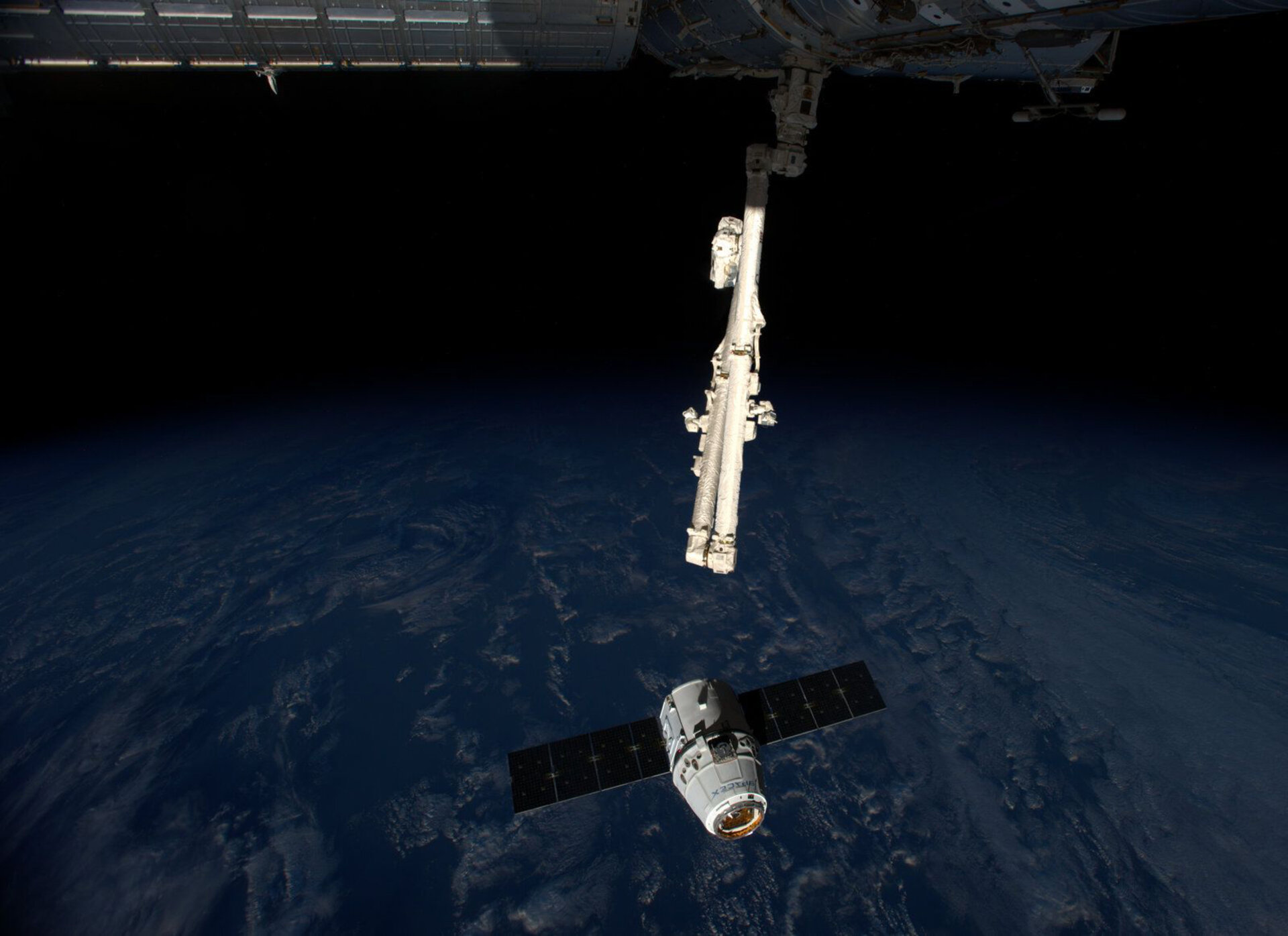 Setting up a temporary robotics workstation in the Station’s Cupola observatory module, the astronauts monitored the approaching six-tonne craft until it stopped 10 m from the Station. Working two joysticks, Alexander moved Canadarm2 to hold Dragon-4. From there, the spacecraft was berthed to the Space Station’s Harmony module.

On Wednesday the hatch will be opened to reach the supplies. Dragon will stay for four weeks before it returns to Earth with experiments and samples.

Later this week the three astronauts now on the Station – commander Maxim Suarev, Alexander and Reid – will be joined by three new astronauts, arriving on a Soyuz spacecraft.